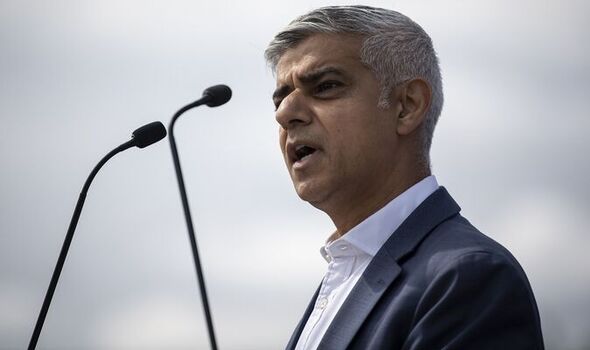 Mr Khan said school holidays, long days and heatwaves were factors and insisted police are working to “suppress” violence. There have been six homicides reported in the capital in less than a week, including the stabbing of Thomas O’Halloran, 87. But Mr Khan was accused of undoing work by ex-Mayor Boris Johnson.

Education Secretary James Cleverly said: “When Boris was Mayor of London, when I was working with Kit Malthouse, we cracked down really, really, really hard on violent crime and it came down.

“It looks like the current Mayor has been asleep at the wheel, those numbers are heading in the wrong direction and he really does need to get a grip of it.”

There have been 67 homicides in London this year. That figure is down from 83 in the same period last year.

Mr Khan told LBC: yesterday: “I’m afraid this summer we are seeing what we feared, an increase in violent crime.There are longer daylight hours, school holidays, a heatwave and so forth.

“We are working with police to suppress that violence.”

He added: “It’s no consolation if you’re the victim of violent crime but teenage homicides have gone down 68 per cent this year; gun crime, knife crime, burglaries, burglary crimes have all been going down.”