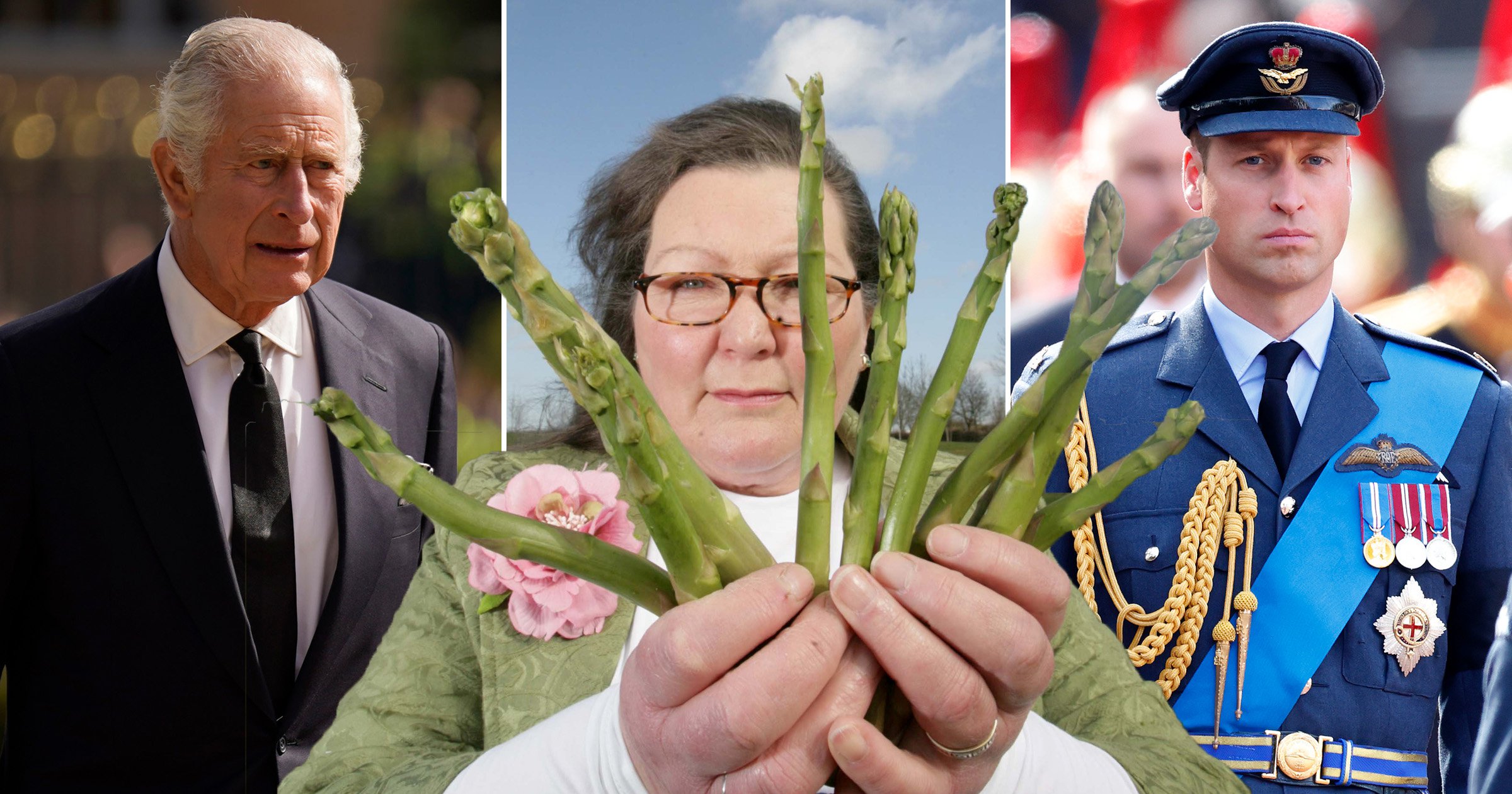 The world’s only asparagus fortune teller believes King Charles III will hand over the crown to Prince William next year.

‘Asparamancer’ Jemima Packington predicted the Queen’s death when she saw a broken crown in her spears, and now thinks King Charles will abdicate in the next 12 months.

The whacky veggie psychic from Bath has previously predicted Brexit, Prince Phillip’s death and Theresa May being ousted as Prime Minister.

She also foresaw Meghan stepping back from the Royal family through her tips.

Jemima has now made a string of predictions about the immediate future of the monarchy.

They include a bombshell prediction that King Charles III will hand over many of his duties to Prince William.

Another controversial tip suggests that Princess Anne – and not Sophie, Countess of Wessex – will become Duchess of Edinburgh.

Her other tips also suggest Boris Johnson will make an unexpected return and serve as PM for a second time by taking over from Liz Truss.

Jemima said: ‘Since the Queen died I did a reading and some very interesting things came out.

‘From this I interpreted this as Princess Anne being made Duchess of Edinburgh which would be a wonderful tribute to her father who she was very close to.

‘She is the most hardworking of the royals and I think it would be very fitting for her to have the title Duchess of Edinburgh.

1. Prince William will be made Prince Regent

2. Princess Anne will be given the title Duchess of Edinburgh

3. Boris Johnson will take over from Liz Truss as PM

4. Ukraine will defeat Russia in the war devastating the country

‘The spears also suggest that King Charles will take a step back, due to his age, and make William Prince Regent.

‘There is a precedent for this happening before in this country.

‘Prince William will take over many of the duties of the King and I predict this will happen soon, within the next 12 months.

‘Another very interesting reading was about who the next Prime Minister would be after Liz Truss and the spears say it will be Boris Johnson.’

Jemima, 65, was devastated when she saw the spears of the veg form the shape of a broken crown just months before the Queen died.

She said: ‘The spears formed a crown with some broken off which indicated to me that there would be a great Royal sadness.

‘When I saw pictures of the Queen welcoming Liz Truss I noticed how frail she looked and I said to my friend ‘it won’t be long now’.

‘I thought back to my readings of the spears and just thought to myself ‘oh no’.

‘I am a huge fan of the Queen and I was very sad when she died.’