Today is VJ Day, which marks 75 years since the Japanese surrender and the end of World War 2. The Royal Family is coming together today to take part in commemorations, including Prince Charles and Camilla, Duchess of Cornwall who will be leading a two minute silence in a special televised service at 11am at the National Memorial Arboretum in Staffordshire. A number of veterans who served in the Royal Navy aboard HMS Indefatigable will be present at the service to pay their respects to their fallen comrades and will be representing the surviving veterans of the war in the Far East.

Prince Philip, who was actually in Tokyo Bay on board HMS Whelp during the signing of the Japanese surrender, is featured in a moving photo montage showcasing living veterans displayed on large screen across the country.

Prince William will feature in ‘VJ Day 75: The Nation’s Tribute’, a special programme filmed at Horse Guards Parade that will be broadcast on BBC One.

The Duke of Cambridge will honour and give thanks to all who sacrificed so much in the war.

However, the two royals who truly represent World War 2 for the nation are King George VI and his wife, Queen Elizabeth, later known as the Queen Mother. 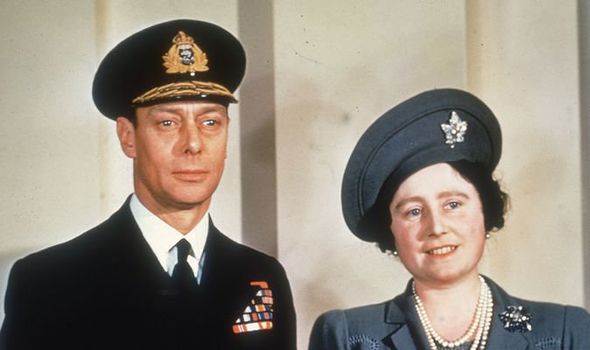 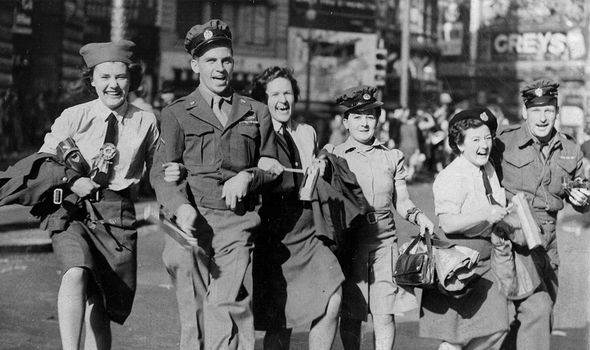 A handwritten letter by the Queen Mother at the height of the Blitz reveals how she and the King were close to being killed in an air raid, and what they did afterwards.

Published for the first time in 2009, the letter was written to Queen Mary, who was living outside London at the King’s request.

Describing the bombing, the Queen Mother wrote: “It all happened so quickly, that we had only time to look foolishly at each other, when the scream hurtled past us, and exploded with a tremendous crash in the quadrangle.

“I saw a great column of smoke and earth thrown up into the air, and then we all ducked like lightning into the corridor. 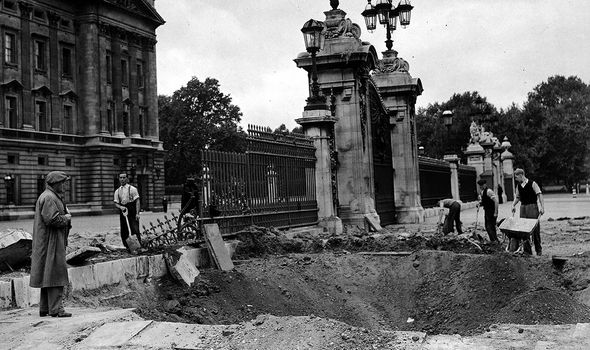 “There was another tremendous explosion, and we and our two pages who were outside the door, remained for a moment or two in the corridor away from the staircase, in case of flying glass.”

She admitted her knees trembled “for a minute or two” after the explosions but insisted she was “quite well”.

Despite the bombing in the morning, after lunch the King and Queen still went to the East End of London for their tour of affected areas.

Indeed, the Queen Mother seemed far more bothered about the suffering of the British public than herself. 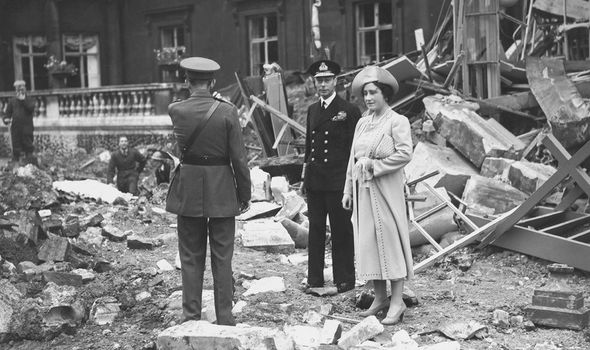 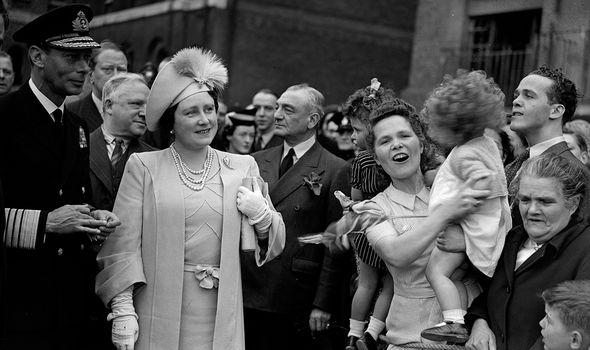 She wrote: “We lunched down in our shelter, and luckily at about 1:30 the all-clear sounded, so we were able to set out on a tour of East and West Ham ‒ the damage there is ghastly.

“I really felt as if I was walking in a dead city, when we walked down a little empty street.

“All the houses evacuated, and yet through the broken windows one saw all the poor little possessions, photographs, beds, just as they were left.

“At the end of the street is a school which was hit, and collapsed on top of 500 people waiting to be evacuated ‒ about 20 are still under the ruins.

“It does affect me seeing this terrible and senseless destruction ‒ I think that really I mind it much more than being bombed myself.”

In this way, the Queen Mother demonstrated her solidarity by pressing on with her schedule, despite her scare that morning.

She praised the Londoners for being “full of fight” and spoke about her determination for the Allies to win the war.

The Queen Mother also expressed great affection for her mother-in-law, calling her “my darling Mama” and expressing sadness at them living apart from each other. 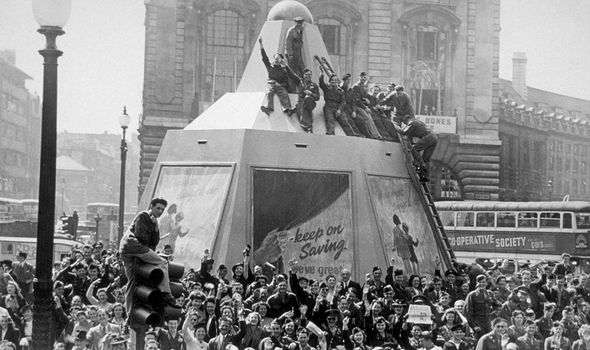 The Queen Mother would later say she was glad Buckingham Palace was bombed because “now we can look the East End in the eye”.

Today, VJ commemorations mark a huge victory for the nation.

The Red Arrows are conducting a huge UK wide flypast tribute over Edinburgh, Belfast, Cardiff and London, the first such slight since the 2012 London Olympics.