Britain said it would give alternative shots to people under 30, while the European regulator said it had found a ‘possible link’ with rare blood clots. 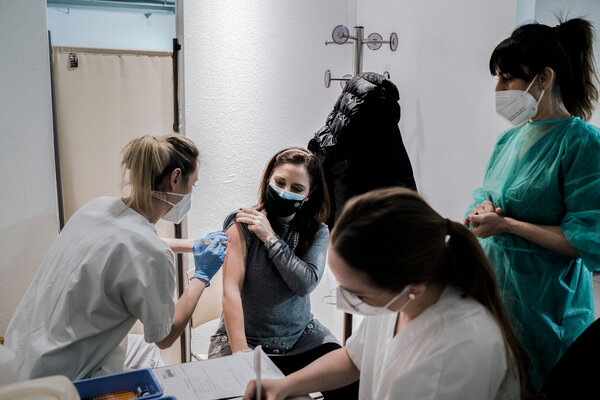 LONDON — Britain said on Wednesday that it would curb the use of AstraZeneca’s vaccine in adults under 30 because of the risk of rare blood clots, a blow to the efforts of scores of countries reliant on the vaccine to stamp out the coronavirus pandemic amid a global surge in cases.

Adding to the unease, the European Medicines Agency outlined a “possible link” between the vaccine and rare clots, even as it said that Covid-19 remained the far greater threat, leaving decisions about how to use the vaccine in the hands of the 27 member states of the European Union.

Taken together, the decisions represented a considerable setback for the AstraZeneca shot, which has been seen as the principal weapon in the battle to reduce deaths in the vaccine-starved global south.

The world’s most widely administered coronavirus vaccine, it is far less expensive and easier to store than some of the alternatives, spurring its use in at least 111 countries, rich and poor. AstraZeneca, based in Britain, has promised to deliver three billion doses this year, enough to inoculate nearly one in five people worldwide.

Britons under 30 will receive another vaccine if one is available, with limited exceptions, officials said. Until Wednesday, Britain had not wavered in its use of the homegrown vaccine, holding out even as many European neighbors paused injections over the unusual, though sometimes fatal clots.

But cases began to appear in Britain as well, and a consensus has since emerged among global regulators that the evidence points to a plausible link, as yet unexplained, between the vaccine and rare clots. 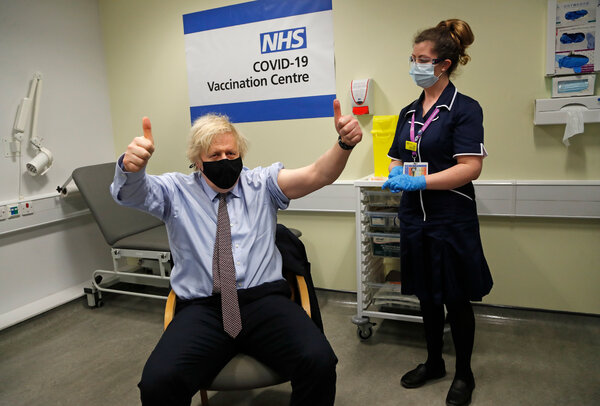 Amid a vicious wave of Covid-19 in Europe, the safety concerns have delayed inoculations, sunk confidence in the shot and created a patchwork of different policies across the continent. The most devastating effects of the safety scare, though, may yet fall on poorer nations entirely reliant on AstraZeneca’s vaccine.

The concerns have arisen even though the clots are exceedingly rare. As of Sunday, officials said, European regulators had received reports of 169 clots in the brain and 53 other clotting events, often combined with low platelets, among roughly 34 million people who had received the AstraZeneca vaccine across Europe.

Britain has purchased enough vaccines from multiple makers that the policy change on AstraZeneca should not significantly slow the pace of inoculations. But other countries are starved for doses. Cameroon and the Democratic Republic of Congo have already delayed injections of AstraZeneca’s vaccine amid mounting concerns in Europe. Any further hesitation, scientists said, could cost lives.