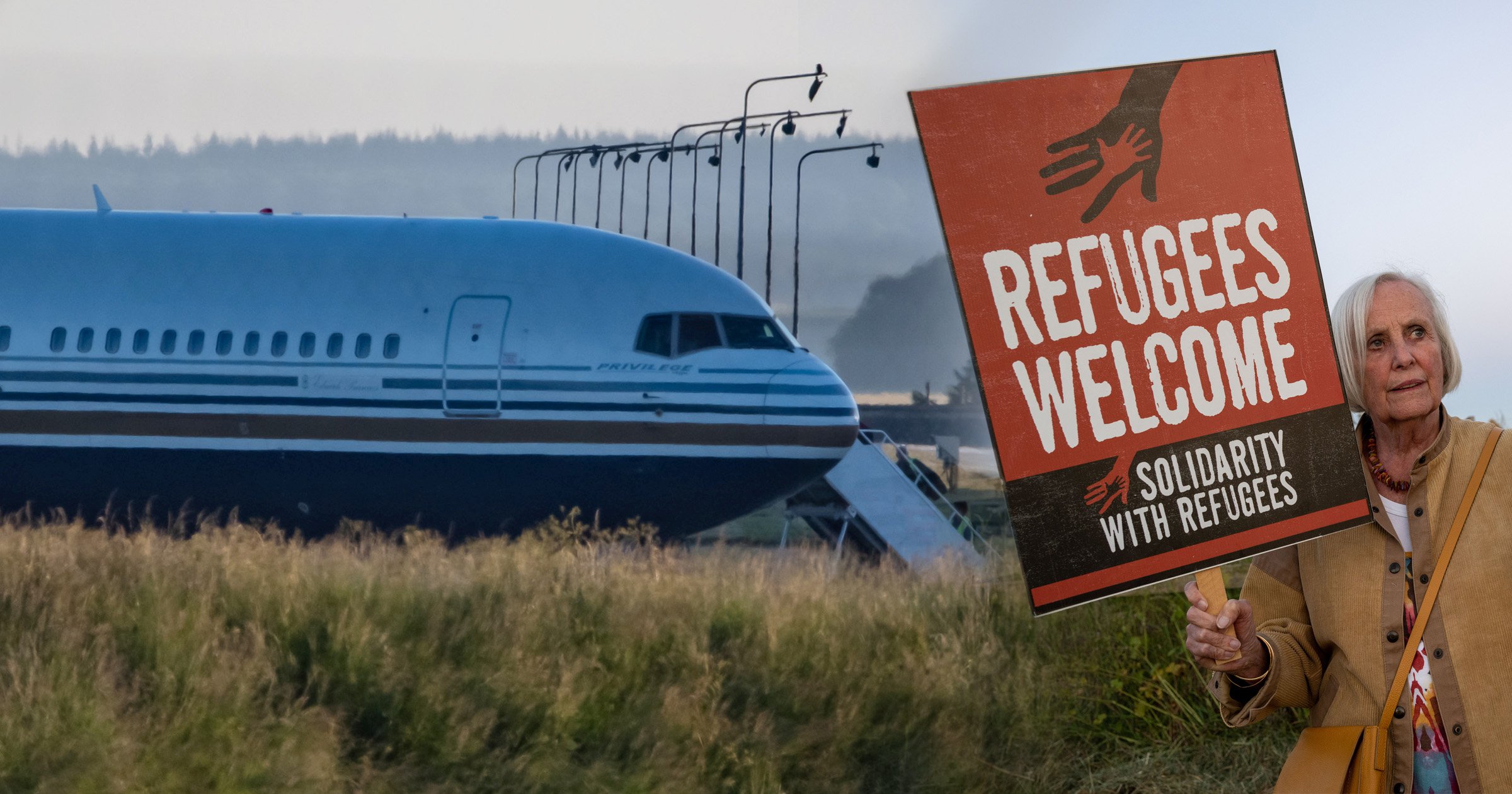 An asylum seeker who was due on the UK’s first deportation flight to Rwanda says security officers had tied detainees up by their feet.

Zahir, whose name has been changed, says he was hit, pushed and kicked by staff from Colnrook House detention centre, near Heathrow Airport.

He arrived in the UK in March after fleeing Iraq two months ago, before he was told he would be deported under the UK’s new deal with Rwanda.

The deal will see those who arrive in Britain outside of the legal channels being taken to the East African country to be resettled.

It is hoped the scheme will break the business model of ruthless people traffickers ferrying people across the Channel in tiny boats.

But charities, MPs and religious leaders have condemned it as inhumane, while campaigners say criminalising people based on their mode of arrival ignores the principle of asylum.

Zahir, 25, travelled 3,500 miles through Turkey and Europe, mostly in the back of a lorry run arranged by human traffickers.

Eventually he made it to Calais and crossed the English Channel, and was told less than a month later he would be put on the deportation flight.

He told Sky News how four security officers entered his holding room and took him by his hands and feet.

When he was on the floor, he says he told staff that he would do as they said and that they didn’t need to force him.

But still he says they were being aggressive, adding: ‘They hit us, kick us and they push us through doors.’

Zahir says he was put in a van when officers said the would ‘tie’ him up if he moved ‘too much’.

When he got to the airport he says he saw friends who’d been tied by their feet by staff.

In a statement Mitie said ‘restraint is only used as a last resort’ to ensure the safety of staff and other people travelling.

The firm added: ‘This includes the prevention of injury or self-harm. Our focus is on treating the people in our care with dignity and respect, and we are confident that our officers have acted professionally.’

Zahir was taken to Boscombe Down in Amesbury, Wiltshire, from where the first Rwanda deportation flight was due on Tuesday.

But the plane was grounded at the 11th hour by judges from the European Court of Human Rights (ECHR), which has overridden previous rulings in the UK.

Zahir added: ‘They told me “sorry your ticket has been cancelled”, I said don’t say sorry, I’m very happy.’

Home Secretary Priti Patel said she found the ECHR’s ruling ‘very surprising’ and that she vowed to press ahead with the deportation scheme.

‘Many of those removed from this flight will be placed on the next,’ she added.

However, ministers have been told that the flights might be delayed for up to a year through legal interventions.

The scheme has been given the green-light by the UK’s High Court and Court of Appeal, while the Supreme Court also refused to intervene.

But the ECHR would use temporary injunctions to block the flights for several months to come.

Justice Secretary Dominic Raab is now looking at whether it would be possible to sidestep these last-minute injunctions from Strasbourg for cases that have already been dealt with by British judges.

‘Pulling out of the ECHR completely would be a massive call, but there is scope for looking again at how we treat out-of-hours injunctions from Strasbourg,’ a government source told the Daily Mail.

‘People talk about the UK’s role in creating the court after the Second World War and that is right. But the way that charter has been interpreted in recent years has become very elastic and taken it a long way from its original aims.’

The source said the court’s injunctions were ‘not binding’ and that man ECHR signatories routinely turn a blind eye to its rulings.