A group of asylum seekers staying in a hotel in Reading have gone on hunger strike in protest at poor food and lengthy asylum claims.

Some of the men and women say they have been in their rooms for over eight months.

They claim the food provided is unhealthy, and is given to them in too small quantities. 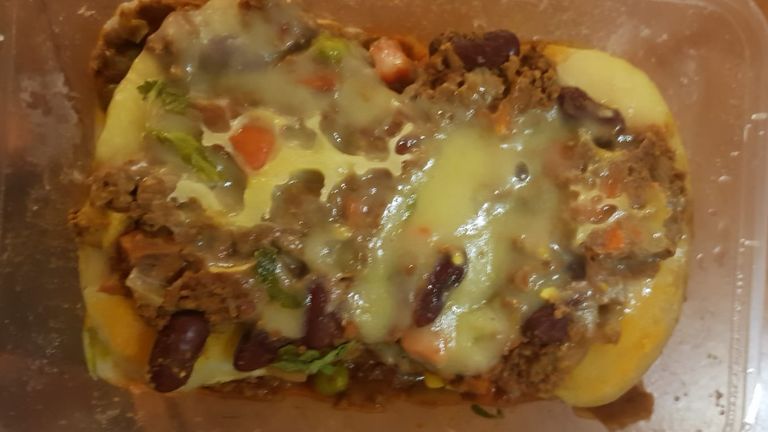 They are among a growing number of asylum seekers who have complained about the conditions they are living in some parts of England.

Salahe Lakhdar has been at the hotel for over three months and claimed he – and others – have lost weight as a result of poor food.

The 24-year-old said some people are having kidney problems, and “many people” have ended up in hospital “with very bad conditions and medical problems because of the food”.

Mr Lakhdar added that his claim for asylum has been pending for over 13 months, with no sign of when it will progress.

“We know it’s bad for everyone, for UK residents, and we respect that and we wish them the very best and we hope this time passes soon – but it’s very bad for these people as well.” 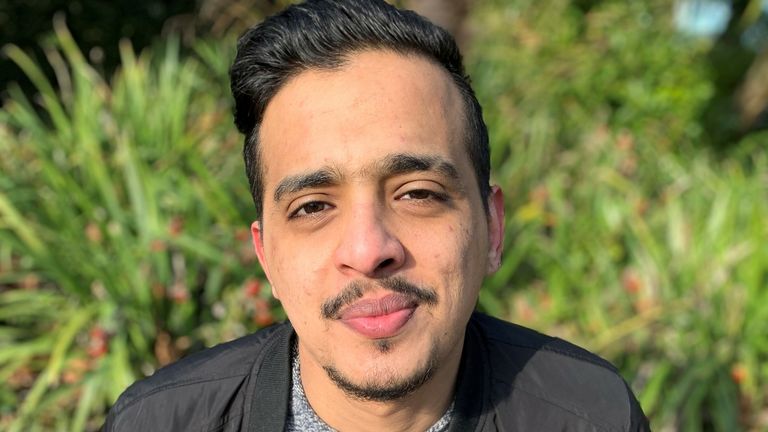 He wants “some sign” that they are being listened to, and that their asylum claims will progress.

Charity West London Welcome has shared photographs of “airline-like” meals given to those in emergency accommodation.

Its director Joanne MacInnes said the people affected are “the most vulnerable in our society” who have “escaped all kinds of horrific traumas” – and arrive with hope they will be taken care of.

“But actually what we have is a hostile environment and people are made to feel it’s hostile because they’re not given the even basic decent meal that they can eat,” she added. 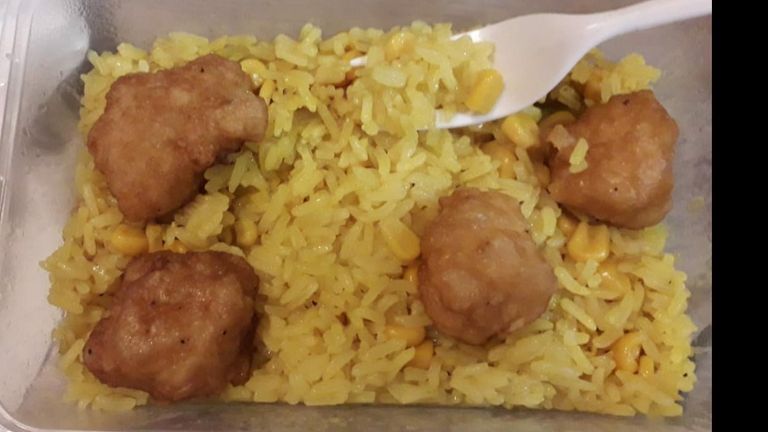 The charity said it is believed the Home Office gives £6 a day per person to some companies providing food, but this is subcontracted – sometimes more than once.

A woman staying in a hotel with her four-year-old daughter in London, who wanted to remain anonymous, told Sky News she had been having suicidal thoughts as a result of poor food.

She said: “It’s been miserable… she hasn’t eaten healthy food for over five months – no vegetables, no fresh milk, no cheese, no egg, no fish.

“Imagine a kid who is growing and needs all this protein and calcium – she doesn’t get any of this.

“For the first time in my whole life I’ve had suicidal thoughts… and there are so many suicidal people in the same place.” 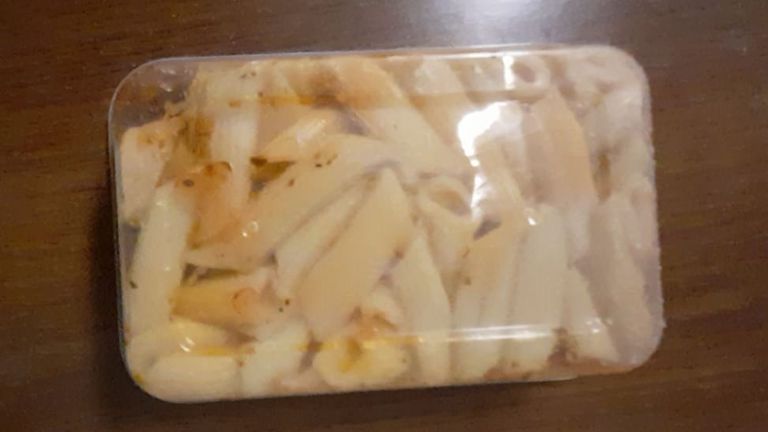 The Home Office refused to comment and directed Sky News to a statement provided by one of the companies involved.

“The food service provided by our suppliers is reviewed on a regular basis to ensure what is provided meets the required standards and that feedback from our asylum seekers is taken into account as part of that review.”

Anyone feeling emotionally distressed or suicidal can call Samaritans for help on 116 123 or email [email protected] in the UK. In the US, call the Samaritans branch in your area or 1 (800) 273-TALK.