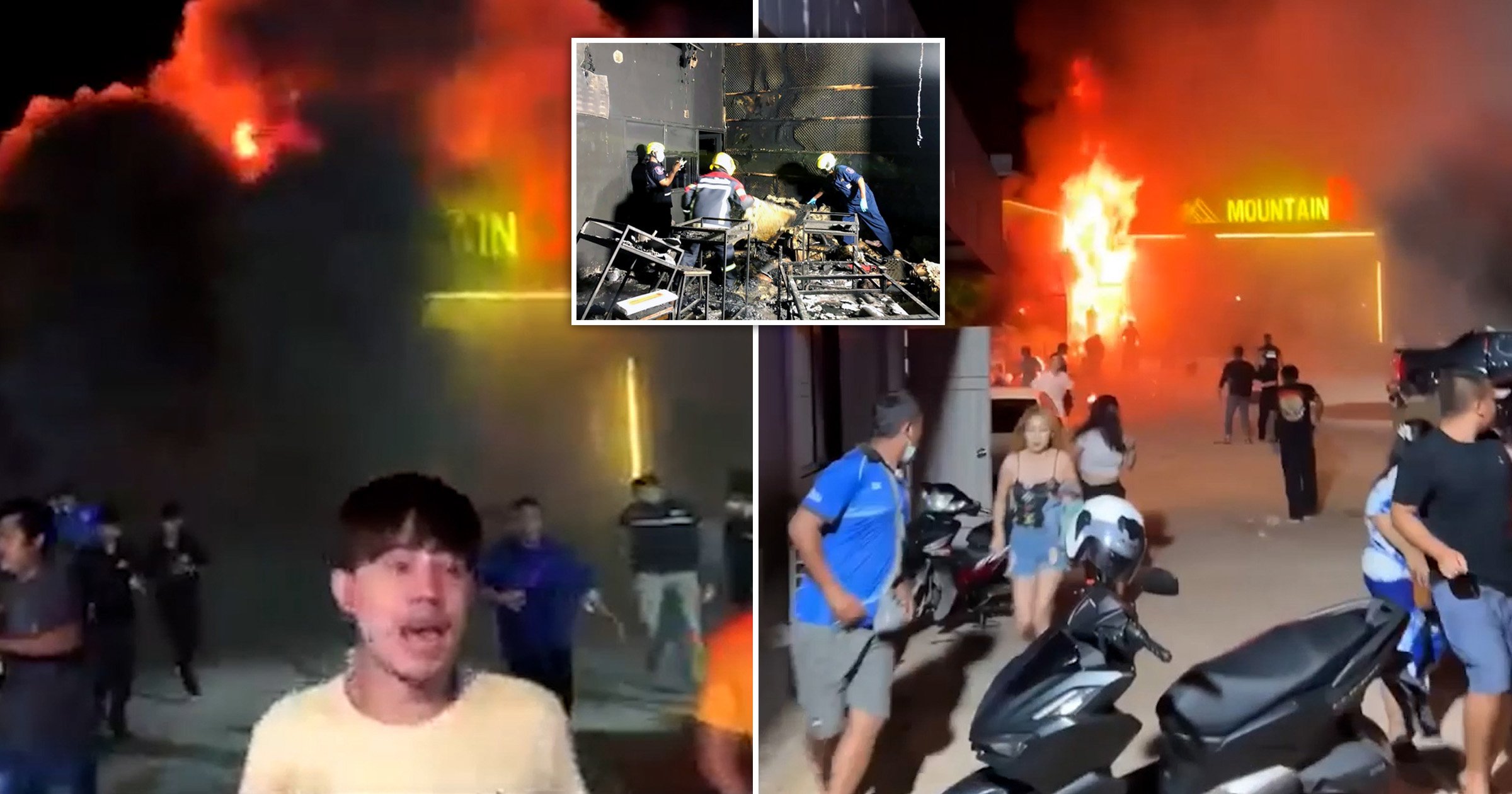 At least 13 people were killed and dozens more injured after a blaze swept through a crowded nightclub in eastern Thailand.

Video posted on social media shows screaming revellers fleeing the venue with their clothes on fire while thick black smoke billows from the doorway before the entrance goes up in flames.

Police are investigating the cause of the fire, which broke out at the Mountain B nightspot in Sattahip district of Chonburi province, about 100 miles southeast of Bangkok, early on Friday.

Several witnesses described seeing smoke and fire on the ceiling near the venue’s stage followed by the sound of explosions.

One, identified only as Nana, told PPTV: ‘The fire started at the top right corner of the stage.

‘The singer must have seen it too, so he shouted “fire” and threw away the microphone.

‘I am quite shocked. But I am lucky that when I saw the fire, I could get myself together and get out of there.’

A waitress at the venue, Thanyapat Sornsuwanhiran, also told Thai television reporters that she saw smoke near the stage.

‘I shouted “fire” to customers, and I was near the doors, so I directed them out. I kept shouting “fire, fire” and the security guards were also helping lead people out.’

The local police chief said the club had three entrances – at the front, on the side near the cashier for unloading goods and at the back. Thai public television station TPBS reported that the back door is often locked.

A DJ at the pub who did not identify himself told PPTV that the fire had spread quickly, in about a minute, when he heard the sound of an explosion, shattering windows.

The pub was lined with flammable soundproofing, and it took two hours for firefighters to put out the blaze, Manop Theprith of a private emergency services group told the television station.

His group said 40 people were injured.

The incident comes 13 years after pyrotechnics started a blaze at a New Year’s party at the crowded Santika night club in Bangkok, killing 66 people.

Investigations into that fire found several key breaches at the club, official corruption and revealed lax attitudes towards safety at entertainment venues at the time.

Prime Minister Prayuth Chan-ocha on Friday assured victims’ families they would receive help from authorities and urged entertainment venues nationwide to ensure they have proper emergency exits and safety measures in place.