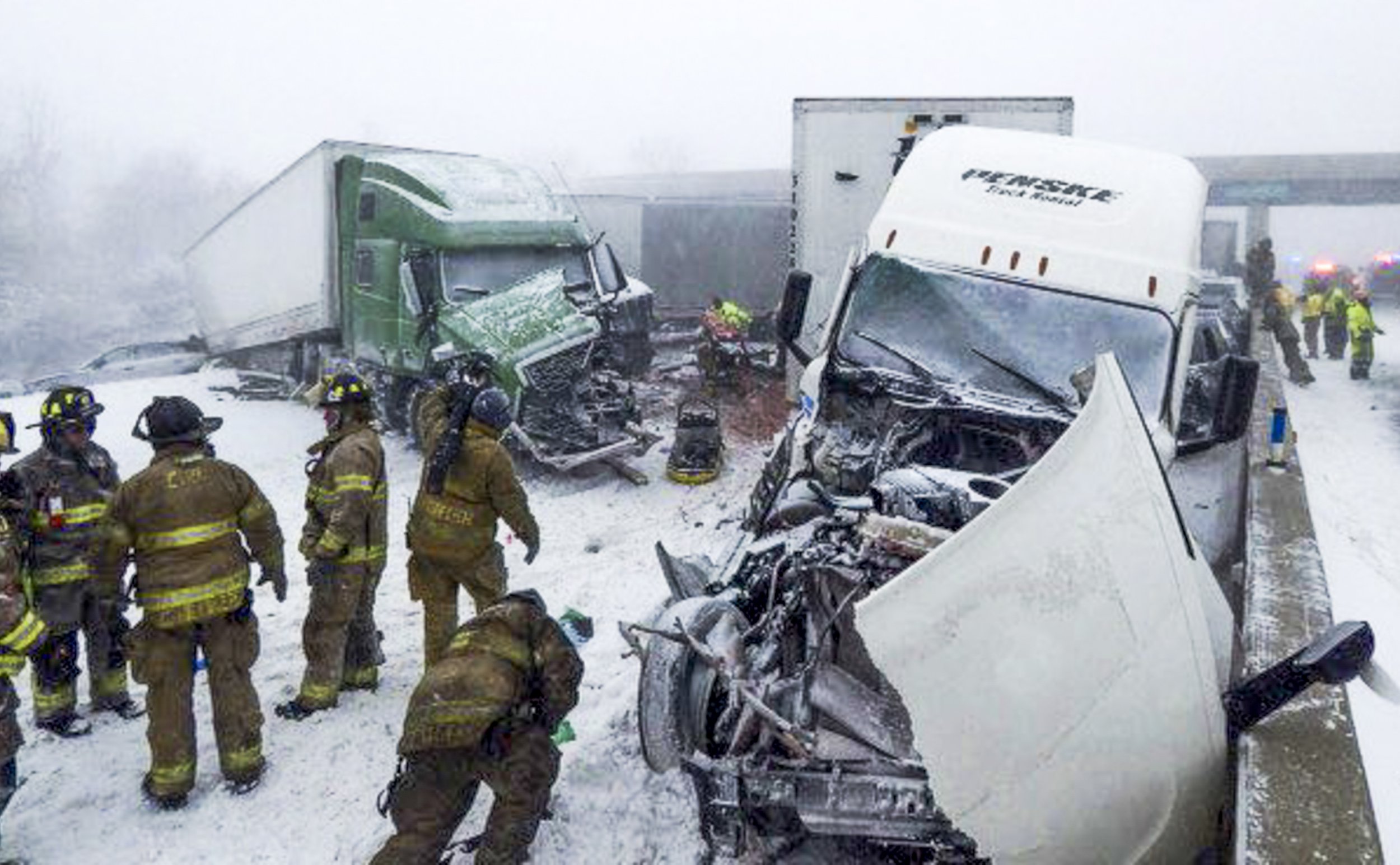 At least 50 people have died following a winter storm which has trapped people in their homes and left them without power in the US and Canada.

Some 46 deaths have been confirmed in the US, while another four have died in the Canadian province of British Columbia after a bus rolled over on icy roads.

The ‘bomb cyclone’ is expected to claim more lives as heavy snow drifts are trapping people inside their homes and knocking out the power to thousands of homes and businesses.

In the US, 18 of those who died are from the state of New York, including two people who could not be reached by emergency services in time to treat their medical conditions.

People have also been found stranded in snow banks and their cars, and a 27-year-old man died after he was overcome by carbon monoxide when heavy snow blocked his furnace.

Mark Poloncarz, who is executive of Erie county in the state of New York said: ‘Some were found in cars, some were found on the street in snowbanks.

‘We know there are people who have been stuck in cars for more than two days.’

In Ohio, 10 people were reported dead, including an electrocuted utility worker and those killed in multiple car crashes. Six drivers were killed in Missouri, Kansas and Kentucky.

A Vermont woman was killed after she was struck by a falling branch, and a homeless man was reported to have been found dead amid Colorado’s sub-zero temperatures.

People are now scrambling to get anywhere with power, particularly those in Buffalo, New York, which has been hit the hardest by white-out conditions.

Jeremy Manahan has gone more than 29 hours without electricity, and it is too cold for him to travel.

He said: ‘There’s one warming shelter, but that would be too far for me to get to. I can’t drive obviously, because I’m stuck.

‘And you can’t be outside for more than 10 minutes without getting frostbite.’

Ditjak Ilunga, from Maryland, was on his way to visit relatives in Ontario for Christmas with his daughters when their SUV was trapped in Buffalo.

Unable to get help, they spent hours with the engine running, buffeted by wind and nearly buried in snow.

By 4am on Saturday with their fuel nearly gone, Mr Ilunga made a desperate choice to risk the howling storm to reach a nearby shelter.

He carried six-year-old Destiny on his back while 16-year-old Cindy clutched their Pomeranian puppy, following his footprints through drifts.

He recalled thinking: ‘If I stay in this car I’m going to die here with my kids.

‘It’s something I will never forget in my life.’

About 60% of the US population faced some sort of winter weather advisory or warning, and temperatures plummeted drastically below normal from east of the Rocky Mountains to the Appalachians.

Some 1,707 domestic and international flights have been cancelled with many more expected after a bomb cyclone – when atmospheric pressure drops very quickly in a strong storm – developed near the Great Lakes, stirring up blizzard conditions.

But power is now beginning to return to homes, as less than 200,000 customers were without electricity on Sunday, down from a peak of 1.7 million according to poweroutage.us.