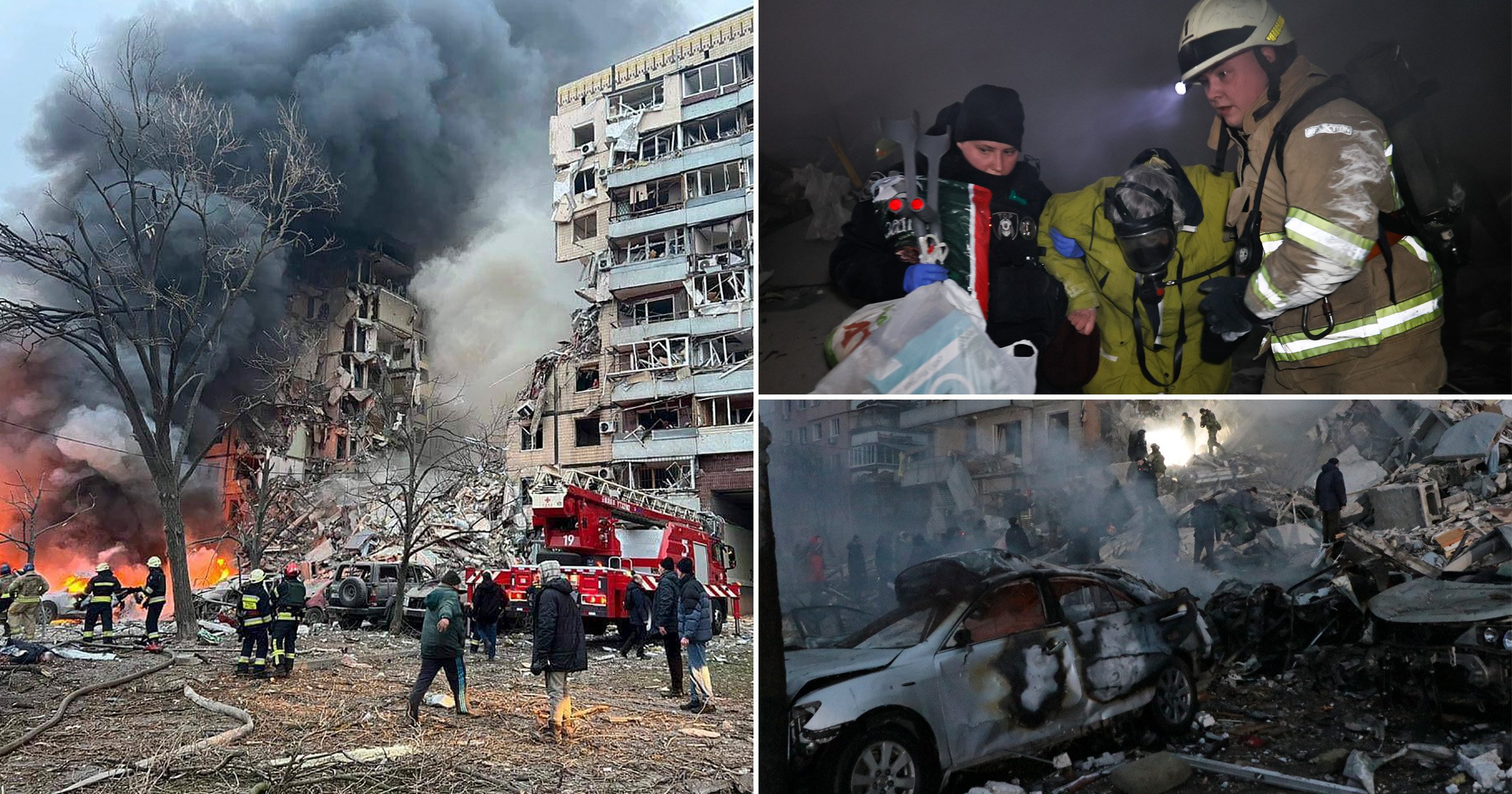 At least five people were killed when Russian missiles destroyed part of a nine-storey apartment block in the city of Dnipro.

Dozens of others, including six children, were also wounded in the attack, with more feared to be buried beneath the rubble.

Posting drone footage of the smouldering wreckage of the building, he wrote: ‘Eternal memory to all whose lives were taken by [Russian] terror. The world must stop evil.’

He added: ‘We’re fighting for every person, every life. We’ll find everyone involved in terror. Everyone will bear responsibility.’

Pictures showed firefighters putting out a blaze around the carcasses of some cars.

A broad chunk of the apartment block was missing. The exterior of the rest of the building was badly damaged.

Wounded people were carried away on stretchers in footage circulated by Ukrainian public broadcaster Suspilne.

Eternal memory to all whose lives were taken by ð·ðº terror! The world must stop evil. Debris clearance in Dnipro continues. All services are working. We’re fighting for every person, every life. We’ll find everyone involved in terror. Everyone will bear responsibility. Utmost. pic.twitter.com/zG4rIF8nzC

Russia, which invaded Ukraine last February, has been pounding its energy infrastructure with missiles and drones since October, causing sweeping blackouts and disruptions to central heating and running water as winter bites.

Saturday’s strikes came as Ukrainian and Russian forces battled for control of Soledar, a small salt-mining town in eastern Ukraine that for days has been the focus of a relentless Russian assault.

Russia said on Friday that its forces had taken control of the town, in what would be a rare success for Moscow after months of battlefield setbacks, but Kyiv said its troops were still fighting there.