Sky News Australia’s host Alan Jones took aim at Prince Harry for his preaching on vaccines and distribution at charity event Vax Live. Mr Jones dubbed Prince Harry ‘Prince irritating’ and insisted the Duke of Sussex was unlikely to have ever read a study or paper on the topic. The news host also attacked Harry for claiming to want privacy with his wife Meghan Markle while regularly making public speeches and releasing videos.

Mr Jones said: “Prince Harry is starting to prove that there is not much going on between the ears.

“He would be best go away and enjoy the privacy he so desperately wants.

“Instead, he pops his head up regularly and serves the world doses of his folly.

“The latest is this Vax Live concert where he addressed 1000s in a California stadium along with other celebrities.

DON’T MISS: Prince Harry could deliver most painful snub yet 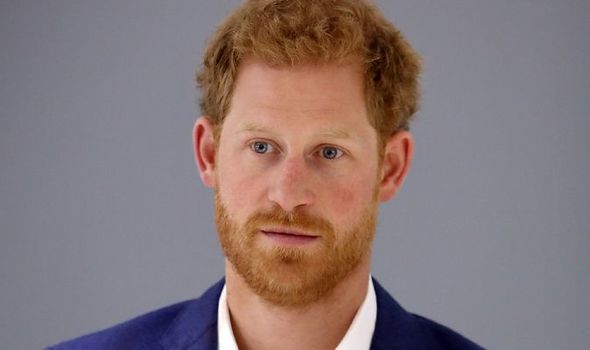 “The charity concert was to raise funds for global citizens vaccine equity campaign.

“It was the largest legal gathering in California since the beginning of coronavirus.”

Mr Jones continued to criticise the Duke and his demands for nations to share their vaccines.

He continued: “Prince Harry is proving to be Prince irritating as he urged countries to share their vaccine stockpiles. 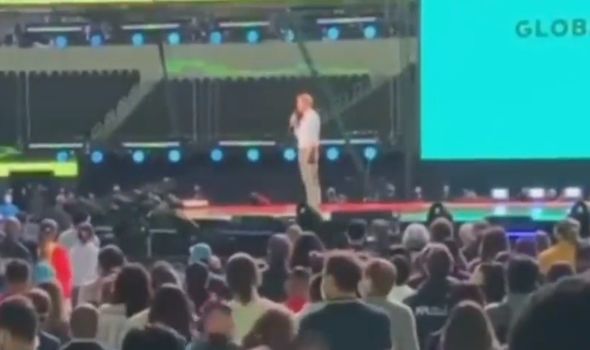 “Citing the second wave in India he said ‘the vaccine must be distributed to everyone to everywhere.

“‘The virus does not respect borders'”

“This is coming from someone who has probably never read an epidemiological paper in his life.”

Mr Jones closed by insisting that if Meghan and Harry wish to do something about the distribution of vaccines, they have the wealth to help out.

He said: “On his call to distribute the vaccine to everyone everywhere, Harry, Meghan you raked in a $53 million deal with Spotify to produce a woke podcast.

“You negotiated a Netflix deal with more than 100 million to produce more woke content.

“I’ve got an idea, why doesn’t Harry dip into those deep pockets of his and donate vaccines to these third world countries.”