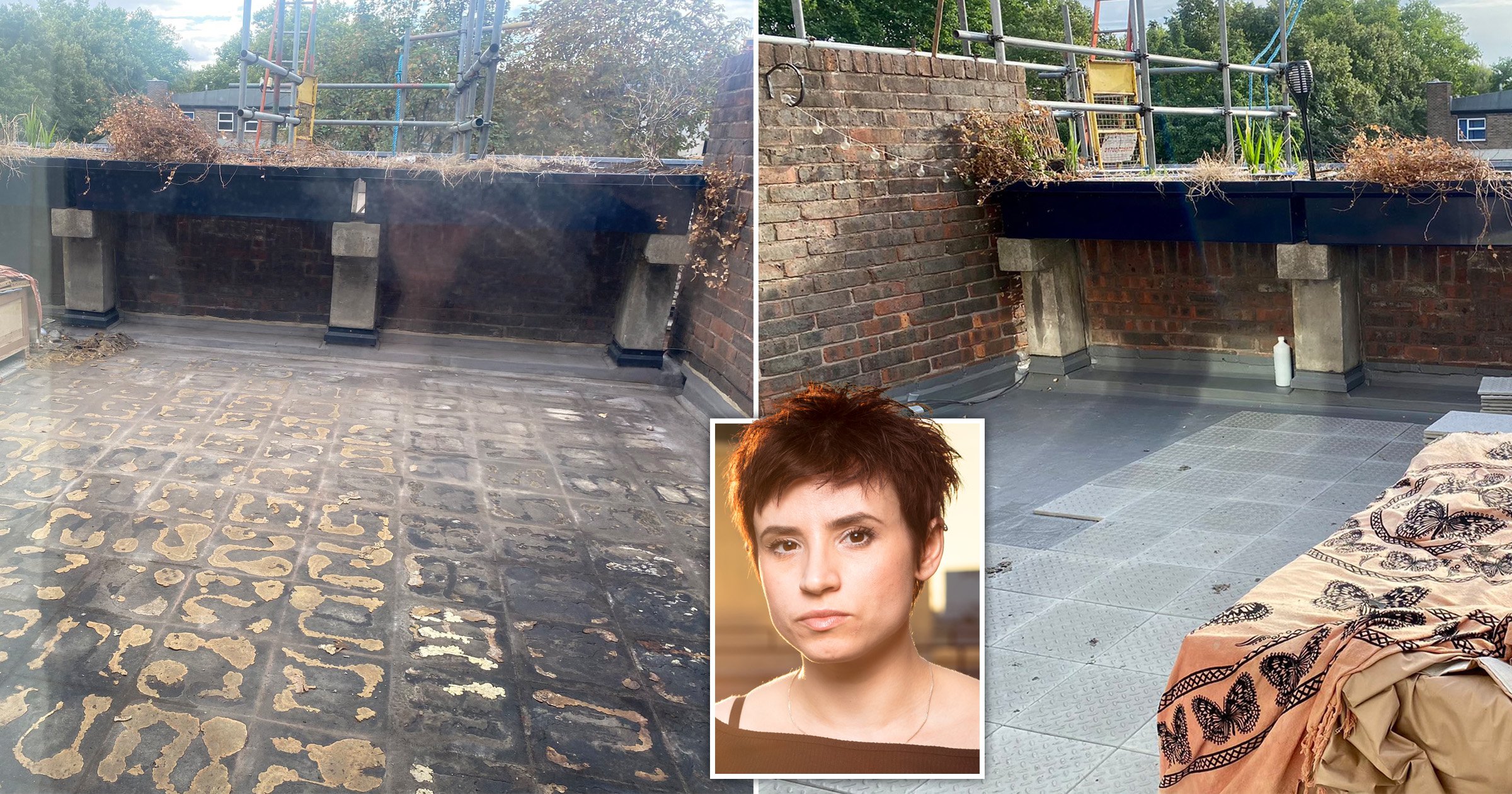 A popular feminist author was left baffled after her patio mysteriously went missing.

Laurie Penny, who was longlisted for the Orwell Prize in 2018, had just come back from a shopping trip when she noticed the space outside her north London home looking a little naked.

Though probably unworthy for a Sherlock Holmes-style investigation, the case of the vanishing tiles still rather confused her.

Left with some clues to solve the puzzle – like scaffolding that had been set up – the 35-year-old deduced this was the fine work of her local authority.

Laurie took to social media to ask Islington Borough Council why her patio tiles were gone.

‘This is awkward, but yesterday, I had a patio that I quite liked,’ she wrote.

‘This morning I popped out to the shops for a couple of hours, and now it’s – well, um, it’s gone.

‘I know you are busy, but could you tell me who took my patio, and perhaps also why?’

But Laurie said: ‘Thieves don’t generally tidy up afterwards. Or stack the furniture so neatly.’

Islington Council clarified the ordeal, saying they had to remove the tiles to renew its waterproof membrane due to a serious leak at the property.

They admitted that the resident should have been informed about the work and apologised for the inconvenience.