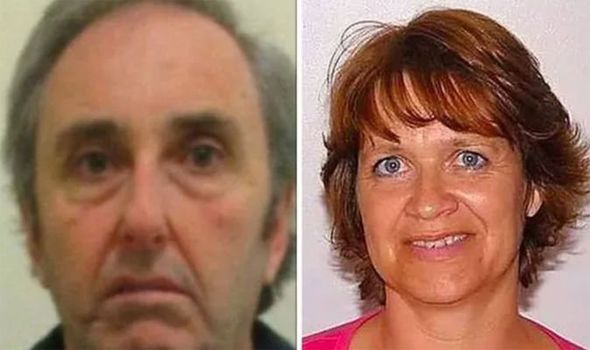 Stewart, 61, told Huntingdon Crown Court that their elder son Jamie had left the house that morning to take his driving test while their younger son Oliver was at school.

The defendant said he drove to Tesco, intending to get French sticks and pate to celebrate Jamie’s driving test. He said he realised at the supermarket that he had forgotten his wallet, returned home to Bassingbourn, Cambridgeshire, and found his wife in the garden.

Stewart, giving evidence as his two sons listened from the public gallery, said: “I saw Diane just crumpled on the floor. The first thing I did was try to get her in the recovery position. That was hard. I couldn’t get her legs out from under her.”

He said he “tried to clear her mouth”, adding: “How do you describe it… sick, just a mess, basically froth.”

Stewart said he “put her on her back to put her in the position for CPR” and then did “30 compressions and then mouth to mouth”. He said a doctor and a nurse lived in the house opposite theirs and went on: “I didn’t ring 999, I went over to them to try to get help.”

He said he was “obviously panicking” and “had left Diane on her own at this time”. There was no answer at his neighbours’ door, Stewart said, and he returned to his wife. He added: “Diane was still lying there so I tried CPR again. More froth came out. Because of the froth I thought she was still alive.”

He said he then fetched a cordless phone from the house and dialled 999, telling operators his wife had had a fit. Diane’s cause of death was recorded as sudden unexplained death in epilepsy.

Police began an investigation after a jury found Stewart guilty in 2017 of murdering his fiancee, children’s author Helen Bailey, the year before.

Stewart also told his trial that he did not need the £96,000 he received after Diane’s death and that it was “for the boys’ future”.

The defendant said he bought a red two-seater MG car after his wife died as “it’s what Diane and I had up until (their son) Jamie was born”.