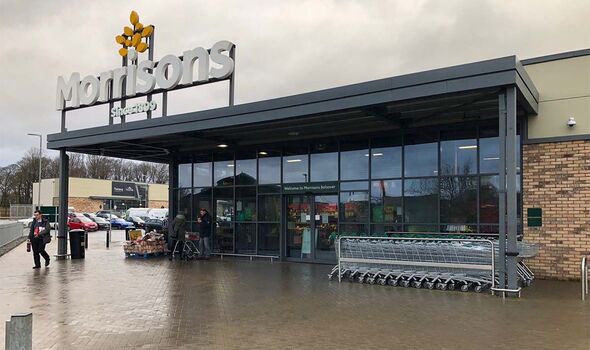 Shoppers have reported an ‘awful’ smell at a local branch of Morrisons, with some claiming it smells like sewage and suggesting they won’t return to the shop until the problem is shorted.

The supermarket chain has admitted their relatively new store in Derbyshire has developed a rather smelly problem – only three years after it opened.

The branch in Bolsover opened back in November 2019 and brought around 120 jobs to the town, however, it’s been dogged by a major problem ever since, Derbyshire Live reports.

In fact, the publication understands investigation work in the past caused the drains to be dug up outside the store to see if that was the problem. The smell then went away for a few days but has since returned.

Now Morrisons, which is based in Bradford and is considered the fifth-biggest supermarket in the country, has said it is, once again, looking into the problem and has apologised to customers. But, whatever the issue is and whatever the cause is, it hasn’t gone down well with residents in Bolsover.

Speaking to Derbyshire Live, Phil Ray said: “Oh my god it’s awful, I’ve not been back since the other night, it was like an actual sewer.”

He contacted Morrisons after his last visit to the Bolsover branch telling the company: “There’s a serious problem in your Bolsover store. It smells of sewage regularly and was so bad tonight that I had to breathe under my jumper. It’s very off-putting. Nearly walked out but paid for what I needed and went.”

Despite sending that to Morrisons back on Wednesday, December 7, Mr Ray says he is still waiting for a reply from the supermarket.

More than a month ago Lianne Davies also said: “Thought they had sorted the drains in Morrisons? Every day I’ve been in in the last two weeks it still smells of rotten eggs.” Michelle Rymdzionek also confirmed the problem: “It hammers when I go in I put my face mask on, helping to keep some smell away and germs, it doesn’t seem to bother people in there but I can’t wait to get out, never shopped so fast.”

Derbyshire Live has visited the store in Bolsover and there is a smell as you first enter the store, just before you get to the flower stand. Their reporter also experienced an odour a couple of other times as they walked around the store. It was difficult to describe what the smell was but it wasn’t pleasant and it certainly isn’t a smell you’d expect to find in a supermarket.

In a statement to Derbyshire, a spokesperson for Morrisons said: “We are aware of an ongoing odour problem in our Bolsover store. We are working hard to identify and resolve the issue and would like to thank our customers for their patience and apologise for the inconvenience.”