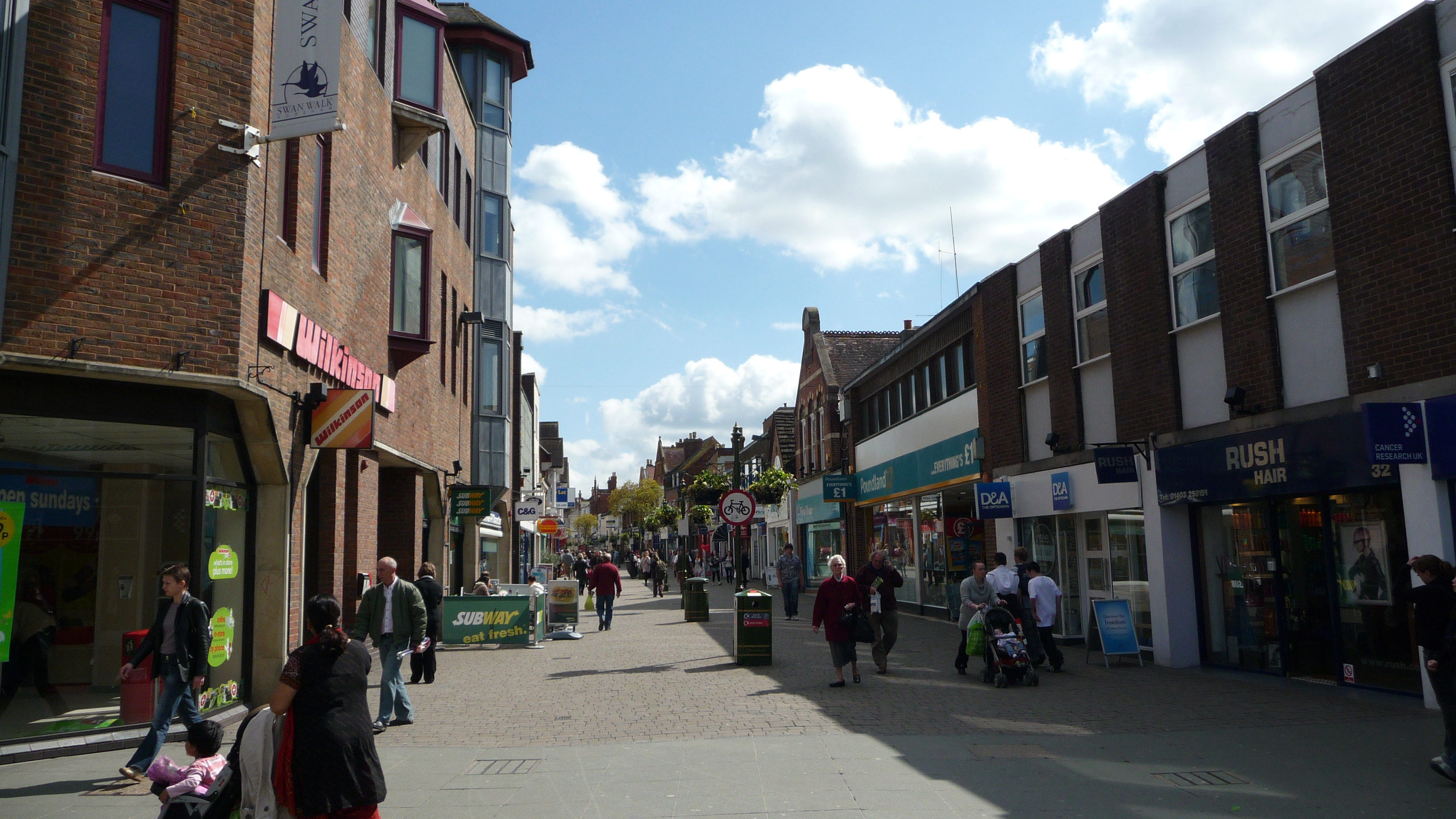 A three-month-old baby has been hurt after being hit with a ‘large clump of moss and dirt’.

Police in Horsham, West Sussex are investigating following the incident, which took place on Monday.

Officers say three youths – all male – had climbed scaffolding to access a roof on West Street in the town centre.

The baby and its family had been passing beneath the group at around 6.30pm.

Sussex Police said in a statement: ‘It is alleged that the victim was hit with a large clump of moss and dirt from a roof on West Street at about 6.30pm on Monday September 19.

‘A report was received stating that three youths were seen to reach the roof by climbing scaffolding and then throwing moss down to the public walking below.

‘Thankfully, the baby did not sustain any serious injuries.’

After the baby was hit, the three boys were seen running from the area on foot in the direction of Swan Walk.

The first suspect has been described as between 10 and 12-years-old, with blond hair, wearing a grey tracksuit.

The second suspect is described as a 14-year-old boy, with short back and sides hair.

Lastly, the third suspect is described as a boy aged between 10 and 14 with short hair, wearing a black sports shirt and long black trousers.

Anyone who was in the area at the time, and has any relevant information to the investigation, can report online or call 101, quoting serial 1097 of 19/09.