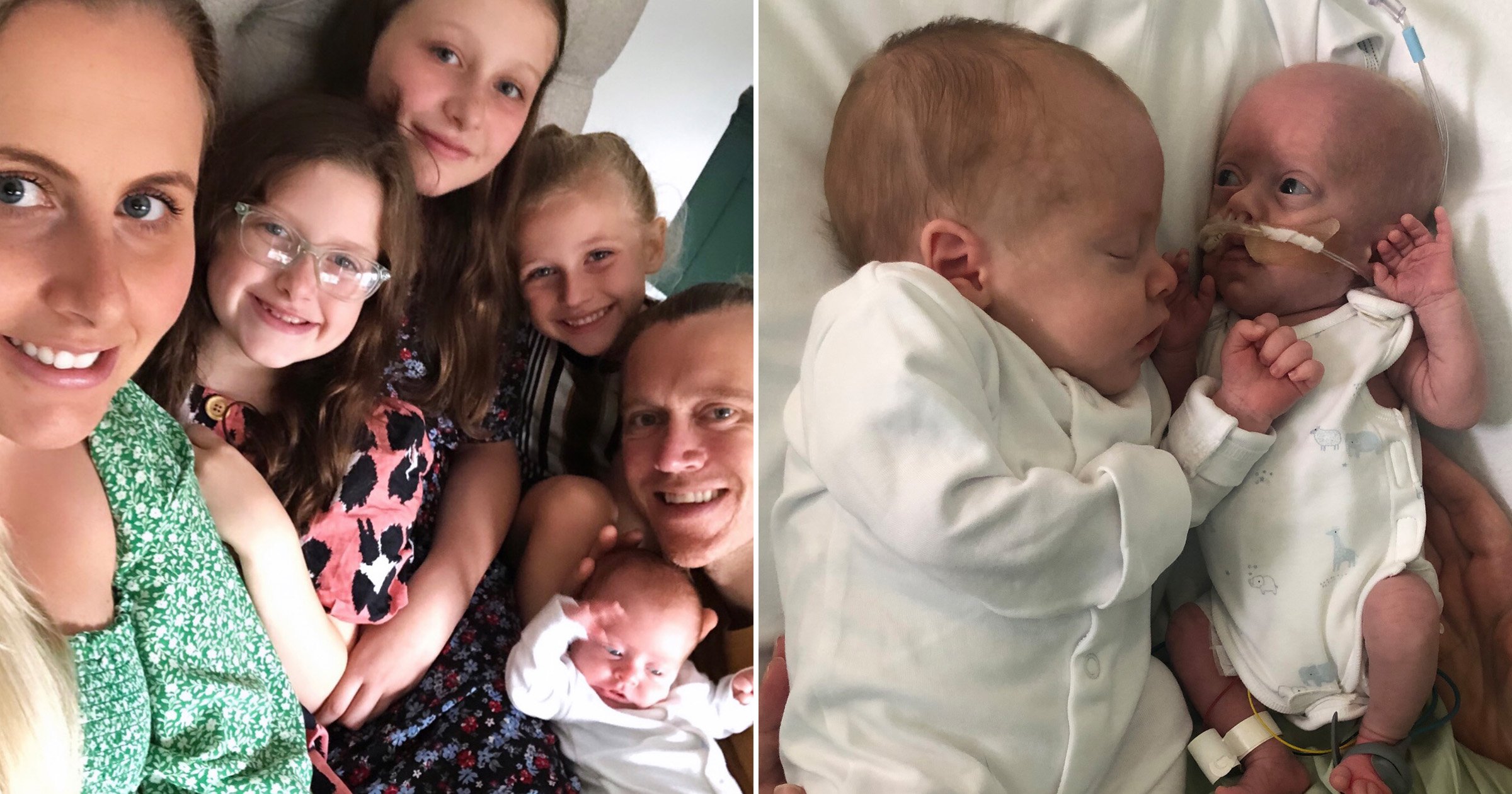 The parents of a tiny baby believe his survival is down to an unbreakable bond with his twin brother, who was three times his weight at birth.

Chester and Otis Graves were both prematurely born at 28 weeks this summer, but at just 1LB, Chester was left fighting for his life.

The pair’s size difference can be seen when they cuddle in hospital – something parents Kelly and Billy Graves believe has helped Chester keep fighting.

After six weeks, Otis was discharged and now weighs 6lb 3oz – up from 3lb 7oz at birth, but little Chester has fought for his life since birth and still only weighs 3lb 6oz.

The ‘miracle twins’ can be seen laying side by side in the neonatal unit at Southend Hospital – though they only met for the first time since birth last month.

But Kelly, 32, and husband, Billy, 35, are now hopeful that they can recreate the scene in their own home in November.

The Essex parents, from Benfleet, say they have lived in a ‘whirlwind’ since the July 15 birth.

Kelly explained: ‘We are so lucky that Chester is a fighter and despite everything he has been through, he is still fighting in order to come home and be with his parents, Otis and the rest of the family.

‘He is still being incubated and kept on high flow oxygen since being transferred back to our local hospital in Southend.’

His twin came home after 46 days, but Chester had to stay put on high flow oxygen and incubation, with his parents driving from Cambridge to Southend to visit the babies and then back home to see their other children.

‘The worst thing was that this was all happening over the school holidays, so we were barely able to spend any time with the kids who had to stay with other family members’, Kelly recalls, paying tribute to Phoebe, 10, Florence, 8, and Albert, five.

Though Chester has not met his other siblings, the twins finally met for the first time since being born on September 22.

Kelly said: ‘It was everything I was waiting for, and although Otis was asleep, Chester was obsessed with him and couldn’t take his eyes away from his brother.

‘I have no doubt that cuddles with his twin has helped him keep fighting.’

Chester’s health problems first became apparent at a 16-week scan, when the babies differed in size by 25 per cent – something that concerned the doctors.

The disparity was due to a condition called Selective Intrauterine Growth Restriction, which resulted in Chester not receiving the required nutrients from the placenta, halting his growth.

At 19 weeks, Kelly had to be admitted to London’s Kings College Hospital for laser surgical treatment.

She explained: ‘I had to have endoscopic laser surgery, whereby they enter the womb through the side of your body in order to reach the placenta and kill off the blood vessels connecting the two babies.

‘The surgery was performed to separate the babies in the womb so that if Chester hadn’t survived it would have protected Otis from dying or being left with lasting brain damage.’

After the surgery, Kelly and Billy were told Chester was still only growing around 25g a week, whereas Otis was gaining roughly 100g a week.

She added: ‘I was being told at every scan that he may not survive which was heart-breaking.’

Chester’s condition stabilised before Kelly was rushed to Addenbrooke’s Hospital in Cambridge to give birth, with Chester weighing 485g.

His mum said: ‘(The weight) was close to being deemed viable, but we were told his heart rate kept dipping and that the chances of survival from the caesarean would be low.’

Otis was born first and immediately ventilated following the successful C-section, but Chester had to be stabilised, having become very weak.

‘Thankfully they were able to ventilate him and ever since he has been fighting multiple issues’ Kelly explained.

Chester has battled Necrotising Enterocolitis, a serious condition where tissue in the bowel becomes inflamed, a hole in his heart and an eye problem which needed surgery.

But his condition has steadily improved, with Kelly adding: ‘He will most likely be on low flow oxygen when he’s home, but we are hoping in around a month or two he can finally meet the rest of the family.’