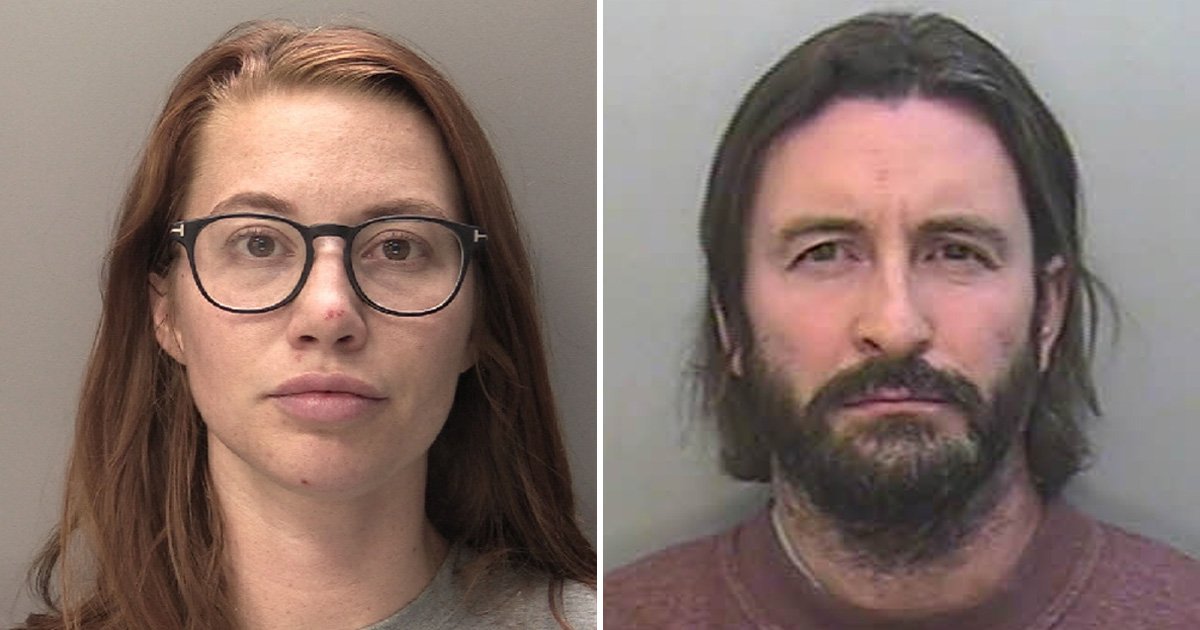 A depraved babysitter who sexually abused a toddler in her care and sent videos to her paedophile lover has been jailed.

Paige Poole, 29, from the US, and Ross Kingsland, 44, a married father from Exeter, were jailed for a total of 32 years yesterday.

They met on an extreme fetish website called ‘Killing Kittens’ and described each other as sharing the same ‘black heart’.

The couple sent hundreds of messages setting out their wish to have children together so they could abuse them.

They conspired together to abuse a one-year-old child, with Poole carrying out the sickening acts on numerous occasions. She could even be heard laughing while committing some of the abuse.

Poole would detail what she had done on WhatsApp and Kingsland would enthusiastically respond by calling her his ‘Dark Angel’.

He sent Poole emojis and told her: ‘You make my black heart so happy.’

Kingsland had already come to the attention of the Metropolitan Police who were investigating online paedophiles.

He made contact on an online chat group with someone he thought was a fellow child abuser, but it was an undercover officer.

He then arranged to meet them in the hope of abusing children aged eight and 12.

Kingsland shared a video of a woman abusing a child and planned to visit London, complaining that lockdown was getting in the way. He was arrested by police in July last year.

While Kingsland was in custody, Poole turned up at his home in Exeter.

At first she expressed shock at his behaviour but when police checked her phone they found evidence of their shared desires and the sickening videos she had tried to delete.

Poole pleaded guilty to multiple sexual offences against the child. They included eleven sexual assaults, conspiracy to assault a child, and distributing and taking indecent photos of a child. She also admitted conspiracy to rape a second girl.

Although there was no evidence Kingsland had physically abused a child, he pleaded guilty to multiple offences.

Poole was jailed for 17 years and Kingsland was sentenced to 15 years.

In harrowing victim impact statements, the children’s parents said it was impossible to put into words the level of their distress.

They said they will suffer a life sentence knowing they could not protect their children from Poole’s abuse and found it difficult to trust anyone with the children again.

They described her as ‘dangerous, calculating and conniving’.

Judge David Evans said: ‘You were both adults who knew what you were doing each and every step of the way. Each chose to plan and enact their deviant desires. This was a true meeting of wicked minds.

‘The bald truth is that each of you is a morally corrupt paedophile and it was the great misfortune of others that you found each other.

‘You have deliberately and together caused the most awful distress to a good number of people. You have destroyed the lives of individuals and families concerned.’