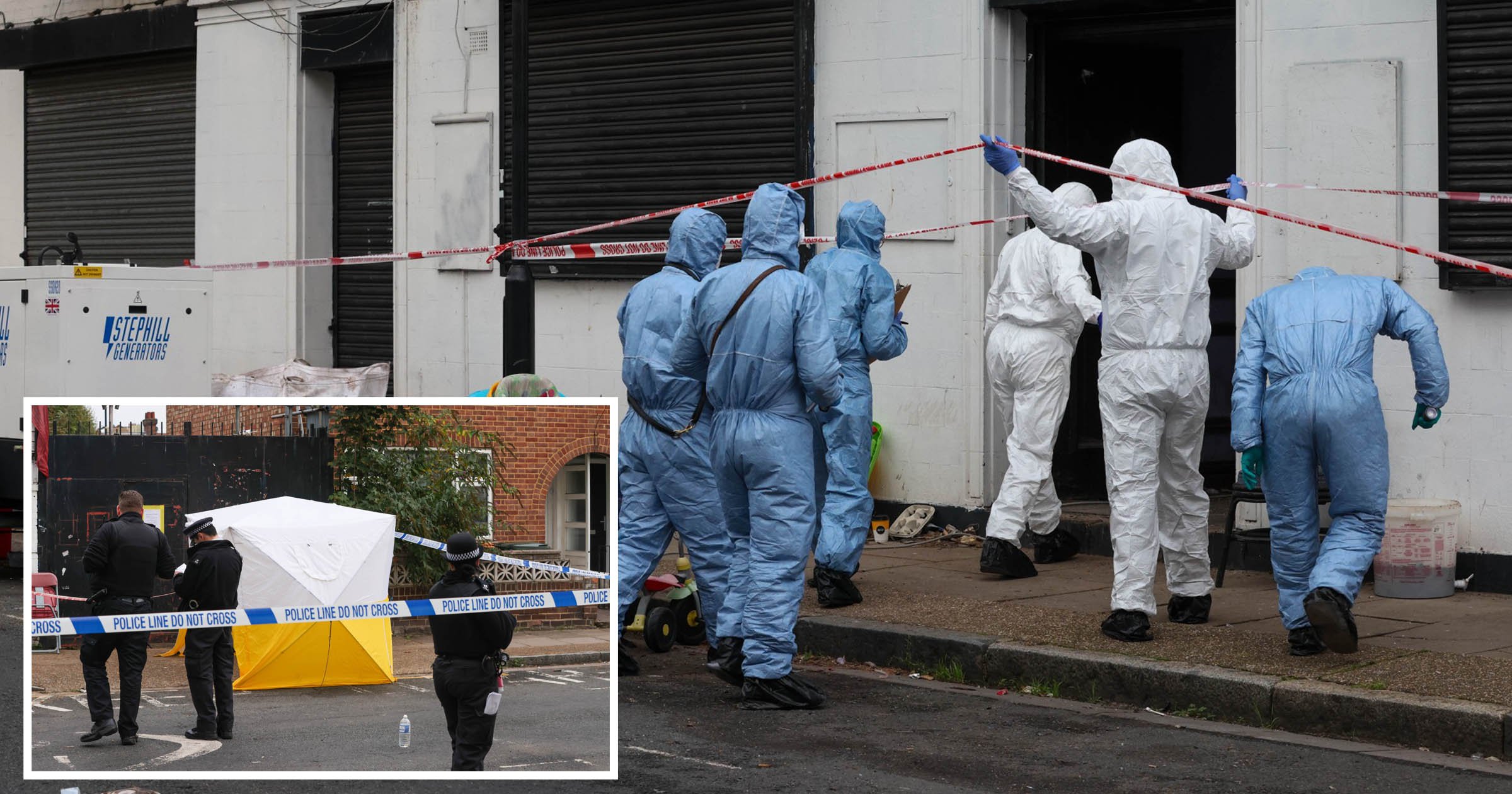 An investigation has been launched after a ‘badly decomposed’ body was discovered in a derelict pub in east London.

The corpse was found in the old Simpson pub on Roman Road in Forest Gate at around 3pm on Friday.

It was initially discovered by workmen carrying out construction work at the site.

A post-mortem examination is due to be carried out next week.

Pictures at the scene show dozens of forensics officers searching for evidence, with a tent erected outside and cordons in place.

‘The premises had been derelict for many years. A body was discovered during building work on the site.

‘Tests will now be carried out and a post mortem will be held on Tuesday, 19 October to establish further information.’

The pub was originally named The Freemasons Arms before reopening as Simpsons between the 1980s and 2000s.