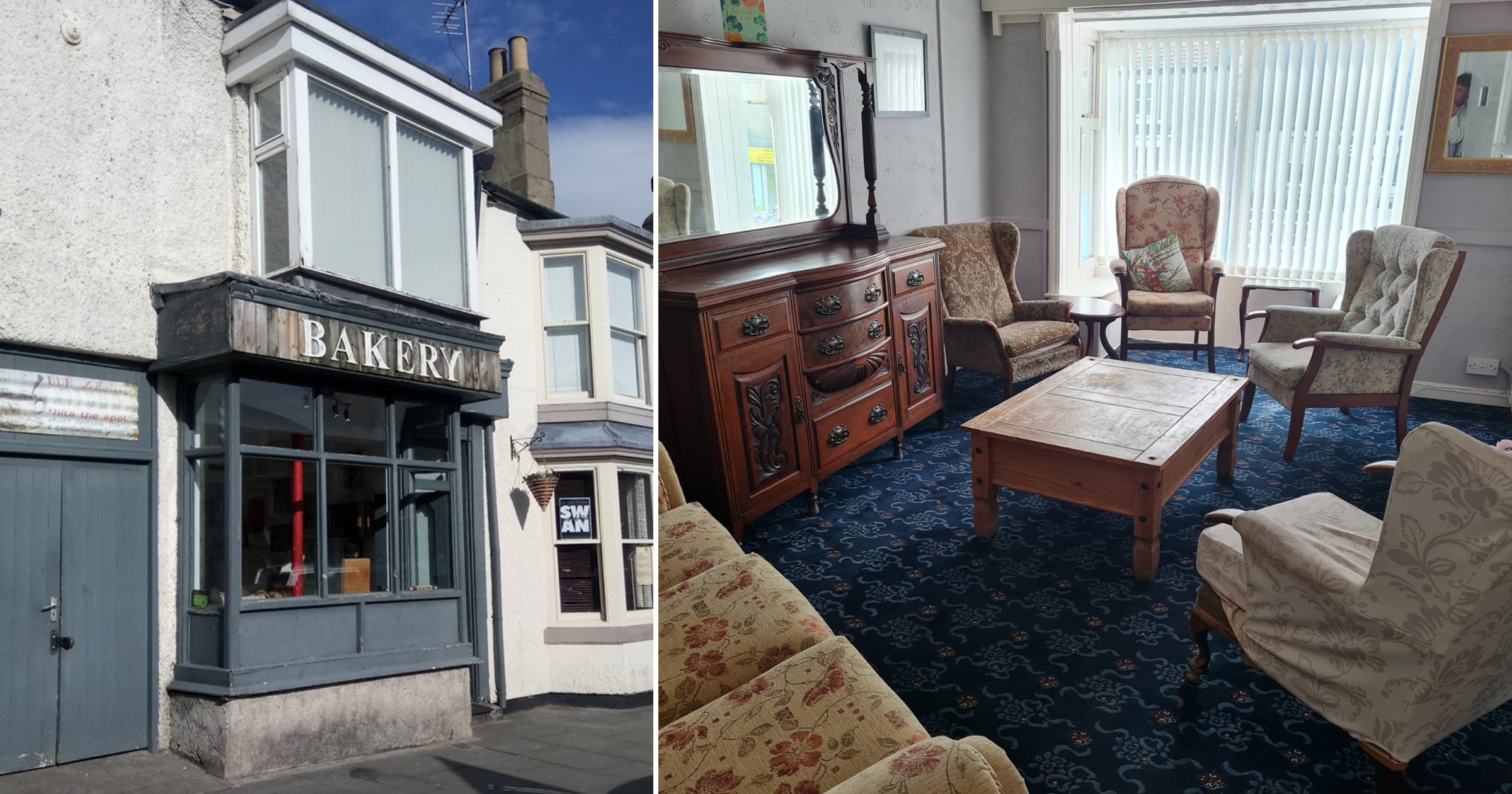 A chef who cooked for the Queen has opened a ‘warm bank’ of rooms above his bakery for locals who face fuel poverty.

He has made the compassionate gesture as the cost-of-living crisis threatens to close his business.

Ed Trewhitt, born in Redcar, made the space available from Saturday at his Brickyard Bakery in Guisborough, North Yorkshire.

The day before, he was sickened by a radio report on how families were going to struggle to heat their homes this Christmas.

His career as a multi award-winning gourmet chef has seen him create dishes at five-star hotels including The Ritz Club in London.

He also worked alongside internationally-renowned chef John King and was part of the Gold Medal winning team for Best Regional Team in the 1988 Culinary Olympics.

But Ed quit the high-end restaurant game and shut his chain of seven eateries as he wanted ‘treats’ to be ‘affordable to everyone’, and opened his bakery instead.

He told Metro.co.uk: ‘The “warm bank” above the bakery has just been announced on Facebook and it has already generated a huge amount of interest.

‘There’s so many people in the town worried about the impact of energy prices. One thing we have as a bakery is heat from the bread oven going all the time.

‘It goes up through the floorboards and heats the rooms upstairs. We already use the upstairs as a cookery school as we have always tried to help the community.

‘Now we’ve put in chairs and board games and newspapers and books up there and it’s free to use.

‘The team really pulled together to get it ready after I had the idea on Saturday after listening to a report on how people were going to be hit by the cost of living crisis.

‘We just want to get word out to as many people as possible – and the right people – that they can come and use it to stay warm when they need to.’

Ed added that his offer ‘won’t change the world’ but hopes it will ‘take a little pressure off the people in the area’.

Ed, 55, said the bakery had always done its best to help the community and it has offered free school meals to local children in the style of Marcus Rashford.

He added: ‘We have put out lunches for a while now that are free to take – it’s another small way to help the community.’

Ed announced his warm bank rooms on Facebook at the weekend with the message: ‘Come and keep warm – free – starting 15th September onwards, every weekday 10am–5pm. Everyone welcome.’

But he fears the rooms may not be available for long if he can’t afford to keep his bakery alive.

‘We’ve been massively hit and if things get worse, I don’t see us being able to sustain it. We’re just doing what we can now to help the community.’

Ed is furious the government are not doing enough to help struggling householders and businesses and says Britain is becoming a country of two hales – rich and poor.

He said: ‘I blame the consumerist system we’re in. People need to wake up to the fact that a rich minority are getting richer and the rest of us, well, they just don’t care about us and leave us to survive the best we can.

‘We were told the High Street was valued, but big corporations on it pay no tax. I don’t mind competing with anyone, and I will compete with anyone – if it is a level playing field. But it’s not.’