The devolved government says the move will make young people healthier and stop rising obesity rates. Concerns have also been flagged that the rising consumption of high-caffeine energy drinks is affecting students’ educations in the nation.

But the proposal has been panned online, with many suggesting energy drinks are far more harmful than tea and coffee.

Others argued the ban would send the UK further into a “nanny state”.

“This is ridiculous,” wrote one man online.

“Now I know the world has gone mad,” added another social media user.

“Unbelievable. How about sorting Red Bull and Monsters,” a third posted.

A further user shared: “The Welsh Government is taking the Nanny State to a whole new level.”

Under current rules all drinks except tea and coffee which contain more than 150mg of caffeine must carry a warning, Wales Online reports. 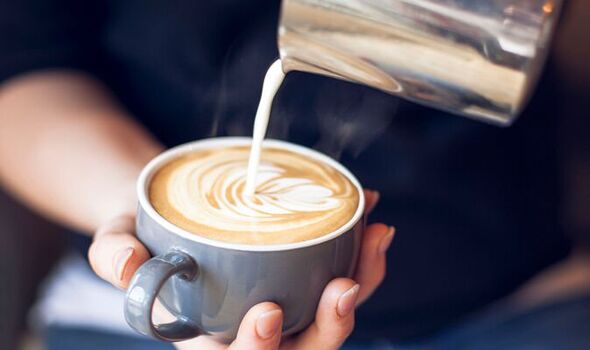 The Welsh Government has confirmed that the consultation on the proposal to end sales of energy drinks to children also asks whether the plan “should be widened to consider other drinks typically high in caffeine such as tea and coffee”.

Some energy drinks have 21 teaspoons of sugar and the same caffeine level as three cups of coffee. Research shows that children who drink at least one energy drink per week are more likely to report symptoms such as headaches, sleep problems, and stomach problems as well as low mood and irritability. There is also evidence to link regular energy drink consumption with low educational engagement.

In Wales, approximately 1.5million adults are overweight with 600,000 of those people being obese. More than one in four of children in Wales are overweight or obese when they start primary school.

It is estimated obesity costs the NHS £6.1bn per year across the UK. A consultation has now been launched by the Welsh Government which will also look at restricting the promotion of foods high in fat, sugar, or salt, ending free refills on sugary drinks, and expanding the publication of calories on menus. You can read more about the consultation here.

One of the questions being asked is whether other drinks that have high caffeine levels could be included. A Welsh Government spokesman said: “Under current labelling rules any drink other than tea or coffee that contains over 150mg of caffeine per litre requires a warning label: ‘High caffeine content’. We propose to use this criteria to determine which drinks should be included in any action to end the sales of energy drinks to children. As part of our consultation we wish to consider if other drinks could be in scope, recognising the negative impact which high caffeine levels can have upon children’s health.”

The topic was discussed on Lorraine today with resident GP Amir Khan saying: “There is no real evidence for long-term damage from caffeine in tea and coffee so let us be proportionate – a ban is probably not necessary.” The consultation will run until September 1, 2022.