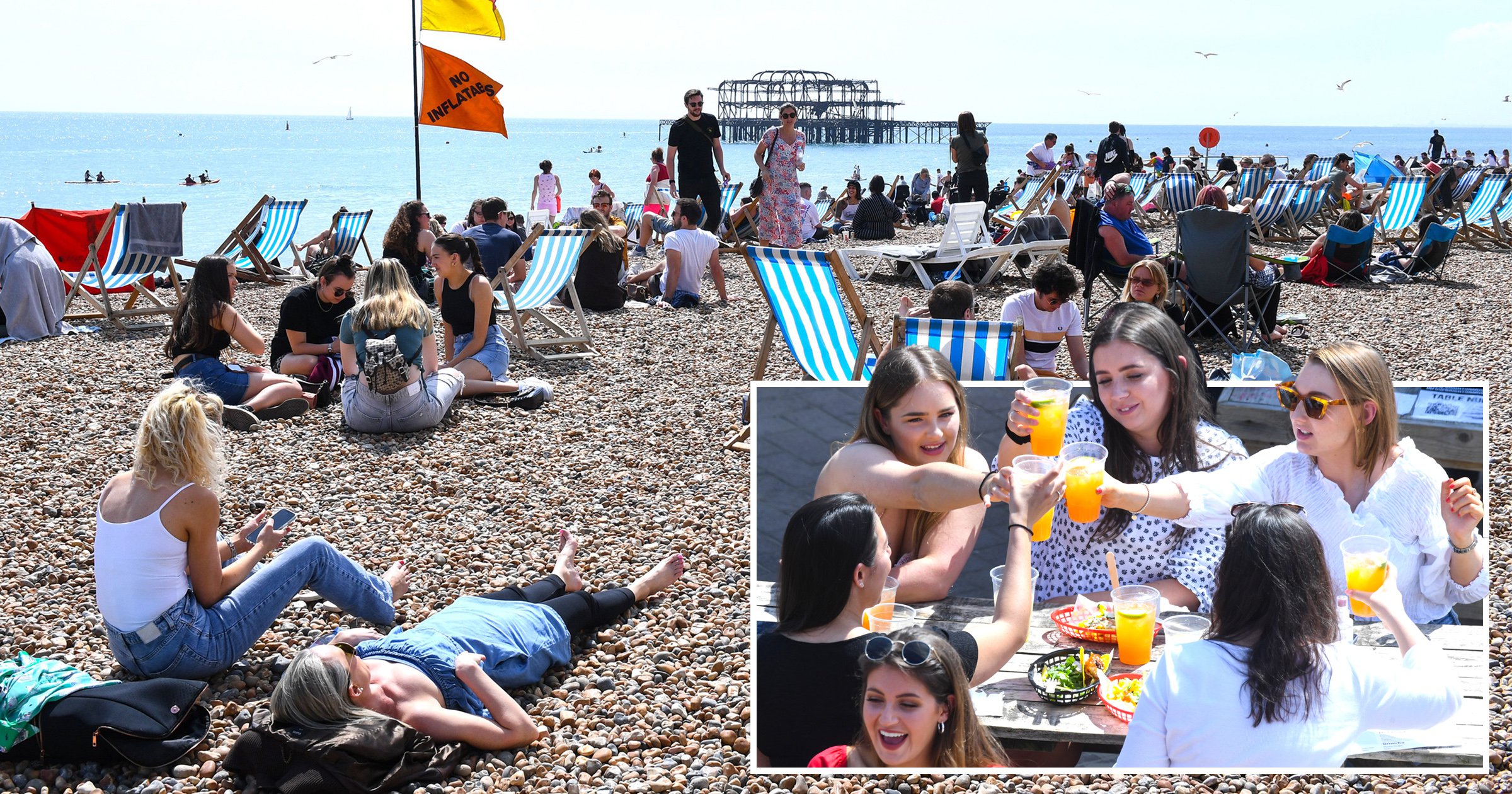 Brits could enjoy 25C heat and glorious weather on a Bank Holiday Monday tipped to be the hottest day of the year so far.

Some parts of the country are expected to see temperatures go above the previous high of 24.5 set in late March, in a largely disappointing year for weather.

But Monday’s expected sunshine follows a warm and bright weekend, which has seen Brits flock to the beaches and parks with many lockdown restrictions eased.

Becky Mitchell, a Met Office meteorologist, said temperatures are expected to be at least in the low 20s for most parts of the UK – even northern Scotland, with some places seeing highs of 25C.

She said: ‘The only exception is along the east coast – there is quite a lot of low cloud, mist and fog in east coastal areas and that will stay for the next few days, so highs of between 12C (53.6F) and 16C (60.8F) there – quite a lot lower than elsewhere.’

But if a new benchmark for the year is set, it is not expected to last for long, with temperatures expected to climb to 27C on Wednesday before cooler, fresher air moves in.

Ms Mitchell warned there could then be some stormy weather on the way.

‘There will potentially be some thunderstorms by midweek, the first bout of showers will come into parts of the South West and there will be a few thunderstorms in that,’ she said.

The storms in the South West are expected to hit on Wednesday, with the South East due a bit of a soaking by Friday.

She added: ‘There’s a chance of some thundery break down in the south east and we could have some quite intense storms there.

‘There’s still a lot of uncertainty but with the warm and humid weather we are having we have the key ingredients for thunder storms.’

She continued: ‘The warmer weather will stick around until at least Thursday in most places, that’s when we could get some slightly fresher air coming in.’

Sunday’s top temperatures hit 24C at Achnagart in Scotland – a marked contrast from the washout most of the month has been so far – but not quite enough to make it the hottest day of the year.

Tourists hotspots were full of Brits making the most of the weather.

Bournemouth beach was packed with sun worshippers, while up in Edinburgh visitors to Portobello beach braved a misty morning knowing the damp air would give way to sunshine in the afternoon.

Although a fine bank holiday is notoriously rare, the temperatures are not unusual for the time of year, with the mercury usually sitting in the high teens and low 20s by late May – despite 2021’s comparatively dismal May.

The Met Office warned previously that levels of harmful UV light will be very high over the coming days, and advised people to wear plenty of sunscreen.

May has been the fourth wettest on record for the UK, and the wettest ever for Wales.