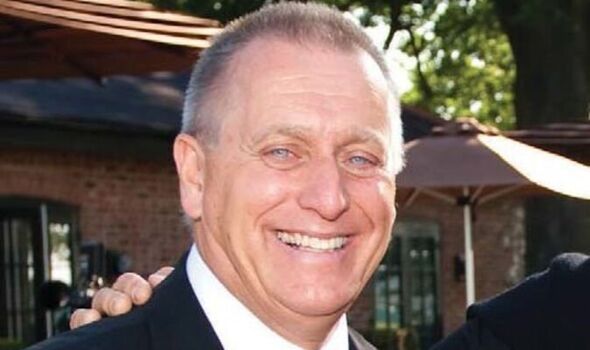 David Ames, 70, who refused to take the witness stand during a three-month trial, was found guilty on August 3 of one of the country’s biggest ever frauds which saw several thousand mainly British investors lose pensions and life savings.

None of the celebrities who endorsed Harlequin were implicated in any wrongdoing and the Serious Fraud Office (SFO) which investigated, does not believe Ames intended the business to be a fraud when he launched in 2005.

However, sentencing Ames today at Southwark Crown Court, Judge Christopher Hehir said from 2010 it was clear the business model was completely unviable and Ames continued to dishonestly sell as a gigantic Ponzi scheme knowing it needed new investors’ cash to be able to deliver anything for earlier investors.

He sentenced Ames to serve nine years for one count of fraud by abuse of position and three years to run consecutively for another due to the scale of the fraud.

He said: “You relied solely on money from new investors to meet commitments made to earlier ones

“The prosecution was careful not to use the word before the jury but the plain truth is that from January 2010 the operation was a gigantic Ponzi scheme and could only be keep going by attracting new investors and you knew they would almost inevitably lose everything.

“The jury heard evidence you told a lie in person to an investor that the money they paid you was ringfenced and this was entirely untrue as you acknowledged when you were interviewed by the Serious Fraud Office when you said the business model would not work if it was ringfenced.”

He said there was a total absence of external funding, although evidence of a number of unsuccessful attempts for good reason due to the unviability of the project.

He added: “You had no relevant experience entering the property business. You had sold garden furniture and double glazing and been in the loan business, but were twice declared bankrupt, a fact you did not readily declare to those whose money you were after. You said you were a visionary and an entrepreneur, but you were not, you were a slick and plausible salesman and thoroughly dishonest with it… You are a menace to anybody unfortunate enough to do business with you”.

“There were real issues with land ownership at resorts and you marketed and sold more units at Buccament Bay than the land could support and made sales of properties where there was no land at all.

“It is greatly aggravated by the fact that you ignored repeated warnings from others that the business model was deeply flawed.

“You ignored and dispensed with the services of those that gave it and you are someone very keen to blame others for your own actions and misfortunes and sought throughout the trial to blame others, but the only person responsible for the massive fraud and massive losses caused and the fact you are sitting in the dock awaiting a significant sentence is you.

“You involved celebrity endorsements and very lavish entertainment indeed and the generous levels of commission to agents played a part, but the fail of others to stop you cannot mitigate you culpability in the slightest.

“Most of the money went into the Harlequin black hole, but £6.1 million found its way to you and members of your family.”

The court heard twice bankrupt Ames sold about 9,000 investments in “off plan” properties, said to be worth a total of £1.4 billion, at planned resorts across St Vincent, St Lucia, Barbados, the Dominican Republic and Brazil, between 2010 and 2015 from an industrial estate in Basildon, Essex, bringing in around £398 million.

Football pundit Andy Townsend was the face of Harlequin on its website and property guru Phil Spencer starred in a three-minute promotional video in which he said he was investing in the scheme.

But, by 2012 there was a funding shortfall of over £1.2 billion and Ames remained dishonest and continued to sell once he realised it was unviable and he needed to sell at least three units to build just one.

Only around 200 of the 9,000 units sold were ever built at the partially-completed Buccament Bay resort in St Vincent, while a hotel was also refurbished.

Only 28 investors ever completed on purchases, but Ames sacked advisors who raised the alarm.

An SFO spokesman said: “He repeatedly ignored warnings that the business was likely insolvent, while concealing this reality and continuing to sell more units.”

While investors lost a total of £226 million after refunds and compensation claims were taken into account, Ames and his family took £6.2 million in salaries and dividends, with one of his sons paid £10,000 a month.

Ames and wife Carol, 70, bought a mansion in Wickford now worth £2 million, but lost it after being declared bankrupt in 2018 and lived in a static caravan during the trial.

Michael Bowes QC, prosecuting, said during the trial: “The fraud was committed by David Ames inducing investors to enter into contracts for the purchase of those off plan properties when the true state of affairs in relation to those properties was to expose those investors to a loss or risk of loss to make a gain to him or his family.

“He gave them nothing in return, they lost all their money.”

Many investors even took out mortgages with the promise of interest paid by his company and 100 per cent finance schemes, despite none of this being in place and Harlequin unable to honour it.

Ames spent large amounts of investor’s deposits on marketing events, including one attended by the Prime Minister of St Vincent Dr Ralph Gonsalves at the Grove Hotel in Hertfordshire.

He spent £1 million on two planes to set up airline Harlequin Air that never flew commercially and was described by the prosecution as a vanity project.

As it became clear Ames could not even complete Buccament Bay with the money from investors across all the resorts he sold more units on land he had no planning permission for and did not own.

Investors paid or borrowed 30 per cent of the property purchase price to secure a unit and were told they would get annual rental incomes of around £20,000 a year from the properties and Harlequin would pay their interest until they were built if they needed mortgages to fund the investments.

But, Ames, who was unable to secure external development funding, was using a “pyramid sales” system that meant he had to sell at least three off-plan properties to provide enough money to build just one at a conservative estimate, said Mr Bowes.

He said: “Just look at the number of units sold, all part of that sales pyramid, all that money coming in and units sold, but 200 is the sum total at one resort, it simply didn’t happen.”