Banks and building societies were contacted by the Financial Conduct Authority after the apocalyptic response to Chancellor Kwasi Kwarteng’s fiscal plans saw markets plunging into freefall. 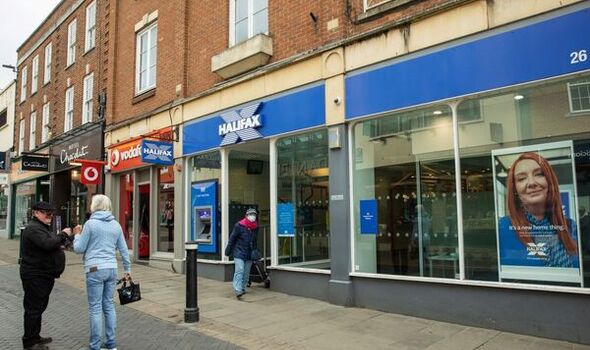 More than 1,600 mortgage products were withdrawn leaving sellers and buyers in limbo.

At the centre of the crisis is concern over borrowers’ ability to pay interest rates above six percent.

Some 3.2million customers have fixed-rate deals that are due to expire in the next two years.

Many banks have removed such products, meaning the only option is to transfer to less favourable terms.

The FCA’s Sheldon Mills said: “We are monitoring developments closely and will be working with industry to ensure consumers are treated fairly.”

Halifax, owned by Lloyds Banking Group, was the first to restrict lending in a move that would engulf more than half of the mortgage market.

Overall, British banks pulled a record 1,000 home loans from the market last Tuesday alone, more than double the 462 products removed during the pandemic in April 2020, according to analysis by comparison site Moneyfacts.

By Thursday, 1,621 deals had disappeared from the market in the days since the mini-Budget.

Borrowers coming off fixed rate deals rushed to remortgage before a rapid rise in prices. Banks were overwhelmed with phone calls as borrowers sat on hold to secure a new deal, with some waiting several hours.

Those with cash have also been left frustrated as higher rates have not been passed on to savings accounts.