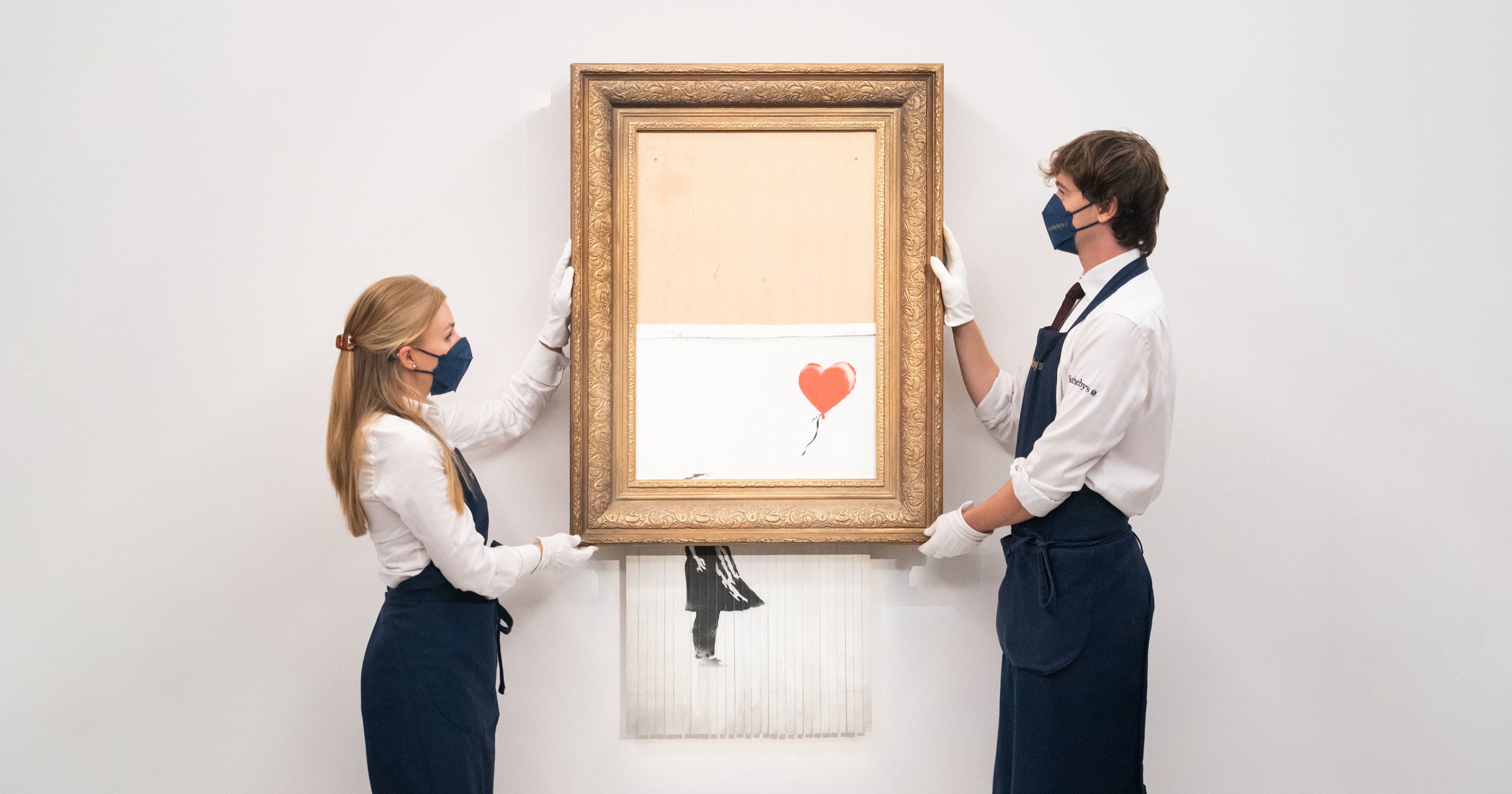 A partially shredded Banksy painting has sold for a record £18.5m at auction.

The painting was originally titled Girl With Red Balloon when it sold for just over £1m in October 2018.

It self-destructed moments after selling, in what has become one of the artist’s most famous stunts.

The canvas passed through a secret shredder hidden in its frame, leaving the bottom half in tatters.

Posting a picture of the moment on Instagram, Banksy wrote: ‘Going, going, gone…’.

The buyer, described at the time as a ‘long-standing female client’ of Sotheby’s, decided she still wanted to go ahead with the sale.

It means she has made a healthy profit of around £15m.

Girl With Balloon, which depicts a small child reaching up towards a heart-shaped red balloon, was originally stencilled on a wall in east London.

It has been endlessly reproduced, becoming one of Banksy’s best-known images.

Alex Branczik, chairman of modern and contemporary art at Sotheby’s Asia, said: ‘It is almost three years to the day since one of the most ingenious moments of performance art this century made auction history.

‘It has been a whirlwind to follow the journey of this now legendary piece and to have it back in our midst, offering it tonight in the very room it was created by the artist.

‘Banksy is no stranger to making headlines and this latest chapter in his story has captured imaginations across the world – we can only begin to guess what might come next.’

Banksy is a Bristol-born artist whose true identity – despite rampant speculation – has never been officially revealed.

The artist rose to prominence through a series of satirical graffiti pieces that appeared on buildings across the UK.

He often makes anti-establishment statements, one of which included the opening of Dismaland, a dystopian version of Disneyland, in 2015.

He described it as a ‘family theme park unsuitable for children’.

Thursday’s sale beat the previous high for a Banksy – the £16.8m raised for health charities in March 2021 when Sotheby’s sold a picture of a boy playing with a nurse superhero figure.

Before that, Devolved Parliament, a piece  depicting the Hose of Commons populated by chimps, sold for £9.8m in 2019.