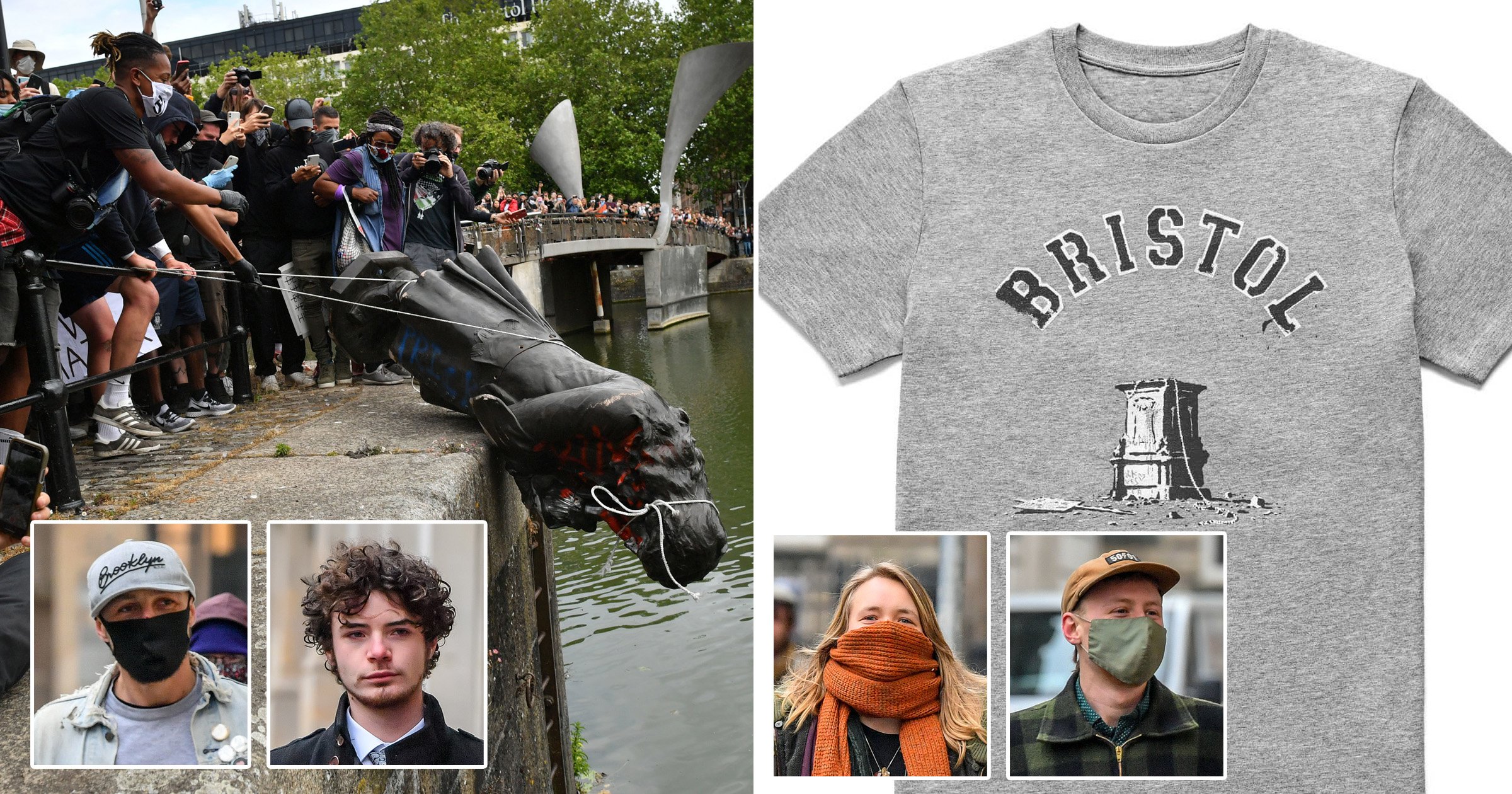 Banksy has designed T-shirts he is selling to raise funds for four people facing trial for toppling the statue of slave trader Edward Colston.

The anonymous artist posted on Instagram pictures of limited edition grey souvenir tops which will go on sale today in Bristol.

The shirts have a picture of Colston’s empty plinth with a rope hanging off, with debris and a discarded sign nearby and BRISTOL written above.

He said proceeds from the sale will be given to the four people facing trial next week in the city accused of criminal damage.

In a post on social media, Banksy said: ‘Next week the four people charged with pulling down Colston’s statue in Bristol are going on trial.

‘I’ve made some souvenir shirts to mark the occasion. Available from various outlets in the city from tomorrow. All proceeds to the defendants so they can go for a pint.’

Bristol-based Banksy said sales would be limited to one per person and each T-shirt would cost £25 plus VAT.

The bronze memorial to the 17th century slave merchant was pulled down during a Black Lives Matter protest on June 7 last year, before being dumped in Bristol Harbour and later recovered by Bristol City Council.

Charges allege that the four defendants, without lawful excuse, jointly and with others, damaged the statue, a listed monument belonging to the city council.

The defendants are accused of committing the offence ‘intending to destroy or damage such property or being reckless as to whether such property would be destroyed or damaged’.