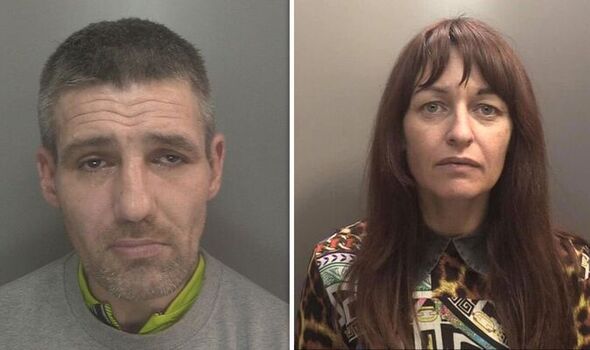 Two cruel robbers marched a vulnerable man to a cash machine every two weeks and forced him to empty his bank account.

Claire Brennan, 41, and Brian Elliott, 42, routinely targeted James Farrell on the day on which they knew he received his benefits. A court heard the “programme of intimidation and robbery” left the man with no money to feed himself and he become so traumatised he was on the brink of suicide.

But both defendants were found guilty of robbery, theft and witness intimidation after a trial and, yesterday, were jailed at Liverpool Crown Court.

Elliott was imprisoned for seven years, with Brennan handed a sentence of three-and-a-half years behind bars.

Sentencing, Recorder Mark Ford KC said they had “exploited a vulnerable individual”. The judge added: “You decided to predate upon this man because you perceived him to be vulnerable, as indeed he was.

“These were extremely mean and unpleasant offences that could have had a catastrophic impact on the victim. He contemplated killing himself.”

To Elliot, he said: “Your criminal career started almost 30 years ago. Convictions followed with depressing regularity.”

Recorder Ford described how he had “exercised a malign influence” upon Brennan. They were also handed 10-year restraining orders and told to pay victim surcharges.

Elliott and Brennan would call at his flat fortnightly on the date his benefits were paid then “frog march” him to an ATM and “withdraw all his money,” reports Liverpool Echo.

Arthur Gibson, prosecuting, told the court the victim “had no money for food or bills” as a result and had to borrow funds from his mother “in order to exist from one week to the next”.

Elliott threatened to stab the complainant in the face on one occasion.

On another, the man told the defendants he did not have his bank card as he had left it at his mum’s. But they escorted him to her sheltered accommodation “in the small hours of the morning” in order to retrieve it.

This was described as an event which “pre-empted” his suicide attempt on June 12, when he was seen standing on the wrong side of railings on a bridge over the M53. Thankfully, he was prevented from jumping onto the motorway by police and members of the public and told officers what had been happening to him afterwards.

Elliott, who appeared via video link to HMP Liverpool, has 32 previous convictions for 56 offences dating back to 1993. These include being locked up for three years in 2001 for assault with intent to commit robbery and five years four wounding in 2005, while he was last before the courts in August this year – being fined by magistrates for handling stolen goods.

Simon Christie, defending, said: “The defendant has had numerous difficulties himself. He has had notable mental health difficulties and a drug addiction.

“The defendant has demonstrated a motivation to change. The most significant change is his mastery of his drug addiction.

“He has gone from a daily heroin user to one managing well his addiction. There may well have been a sea change in this defendant while in custody.”

Meanwhile Brennan, who appeared to wipe away tears while linking in from HMP Styal, has “some not directly relevant convictions”. Her counsel Andrew McInnes said the 41-year-old had “played a more subordinate role”, adding: “It is clearly out of character for her to be involved in anything like this.

“Her mental health clearly is a significant feature. In some respects, she was a vulnerable lady.

“There was no violence used by Ms Brennan. She was never the one who issued any threats.”

Elliott and Brennan, both from Birkenhead, Merseyside, were also handed 10-year restraining orders and told to pay victim surcharges.

If you are struggling and have suicidal thoughts, know you are not alone and that help is available. Please contact any one of the following. In the UK, you can call the Samaritans free on 116 123 (the number will not appear on your telephone bill) or email [email protected] In America, The National Suicide Prevention Lifeline is a network of more than 160 crisis centres that provide a 24-hour-a-day service via a free hotline on 00-1-800-273-8255. Lifeline is a national charity providing all Australians experiencing a personal crisis with access to 24-hour crisis support and suicide prevention services. Call 13-11-14. Help is ALWAYS available. If you need it, reach out.