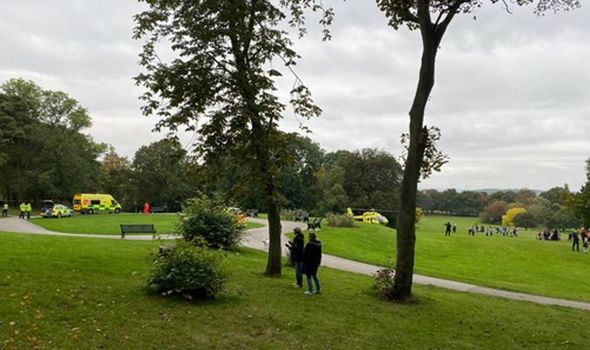 The police police descended on the location amid concerns of a “shooting” taking place this afternoon.

Footage from the scene shows a number of paramedics tending to an injured man on the ground, with armed officers from South Yorkshire Police seen surveying the area nearby.

The Yorkshire Ambulance Service confirmed that they were at the scene attending to reports of a person being shot.

A spokesperson told YorkshireLive: “We got a call at 2.55pm to reports of a person who had been shot and was bleeding.

“We sent one ambulance, one rapid response vehicle, the Yorkshire Air Ambulance was in attendance and so was our hazardous area response team.”