Protesting parents have gathered outside Batley Grammar School in West Yorkshire today. The school was forced to delay its start time until 10am due to the disturbance and requested pupils remain at home until that time. Police have cordoned off the scene and entrances to the school as parents continue their protest. 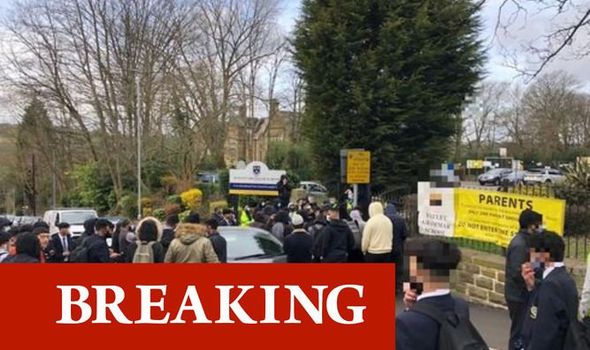 Parents have come out in force to protest outside a school in West Yorkshire this morning.

Many parents took to protest since 7.30am after a message incited them to rally against a teacher at the school.

Police are currently at the scene managing the “disturbance”.

According to the latest reports, protesters outside the school have started to chant.

One pupil has also delivered a speech.

Why are parents protesting outside Batley Grammar School?

Angry parents are protesting outside a school after a teacher allegedly showed derogatory caricatures of the Prophet Muhammad.

These enraged parents are calling for the teacher to resign or be sacked.

A message was shared on social media on Wednesday night with people being urged to attend the demonstration on Thursday.

Students received messages advising them of the protest on Thursday morning.

The text message read: “Due to the disturbance outside of school if your child has not already set off please keep them at home as school will be starting at 10am.”

In an email sent to parents headteacher Gary Kibble apologised for the “inappropriate” resource used in the lesson.

It reads: “The school would like to thank the parents who contacted us on March 22 highlighting concerns with a resource used in an RS lesson that day.

“Upon investigation, it was clear that the resource used in the lesson was completely inappropriate and had the capacity to cause great offence to members of our school community for which we would like to offer a sincere and full apology.”

The email outlined the following action would be taken:

One parent at the scene told Yorkshire Live this is not the first time the accused teacher has faced allegations of this type.

He said: “It’s the second time this teacher has done this so they want him to be sacked.

“I’m not sure how long the protest will last today.” 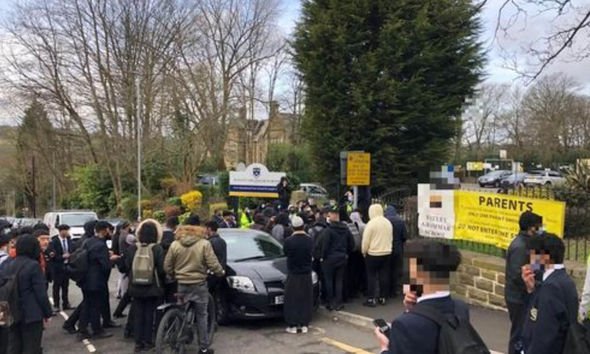 Who is the Prophet Muhammad?

Muhammad was the founder of Islam and the proclaimer of the Qur’an.

He is believed to be the seal of the Messengers and Profits of God in the Islam faith.

The permissibility of depictions of Muhammad in Islam has been a contentious issue.

Oral and written descriptions of Muhammad are readily accepted by all traditions of Islam, but there is disagreement about visual depictions.

The Qur’an does not strictly forbid images of Muhammad, but there are a few supplemental teachings which have prohibited any visual depictions of him.