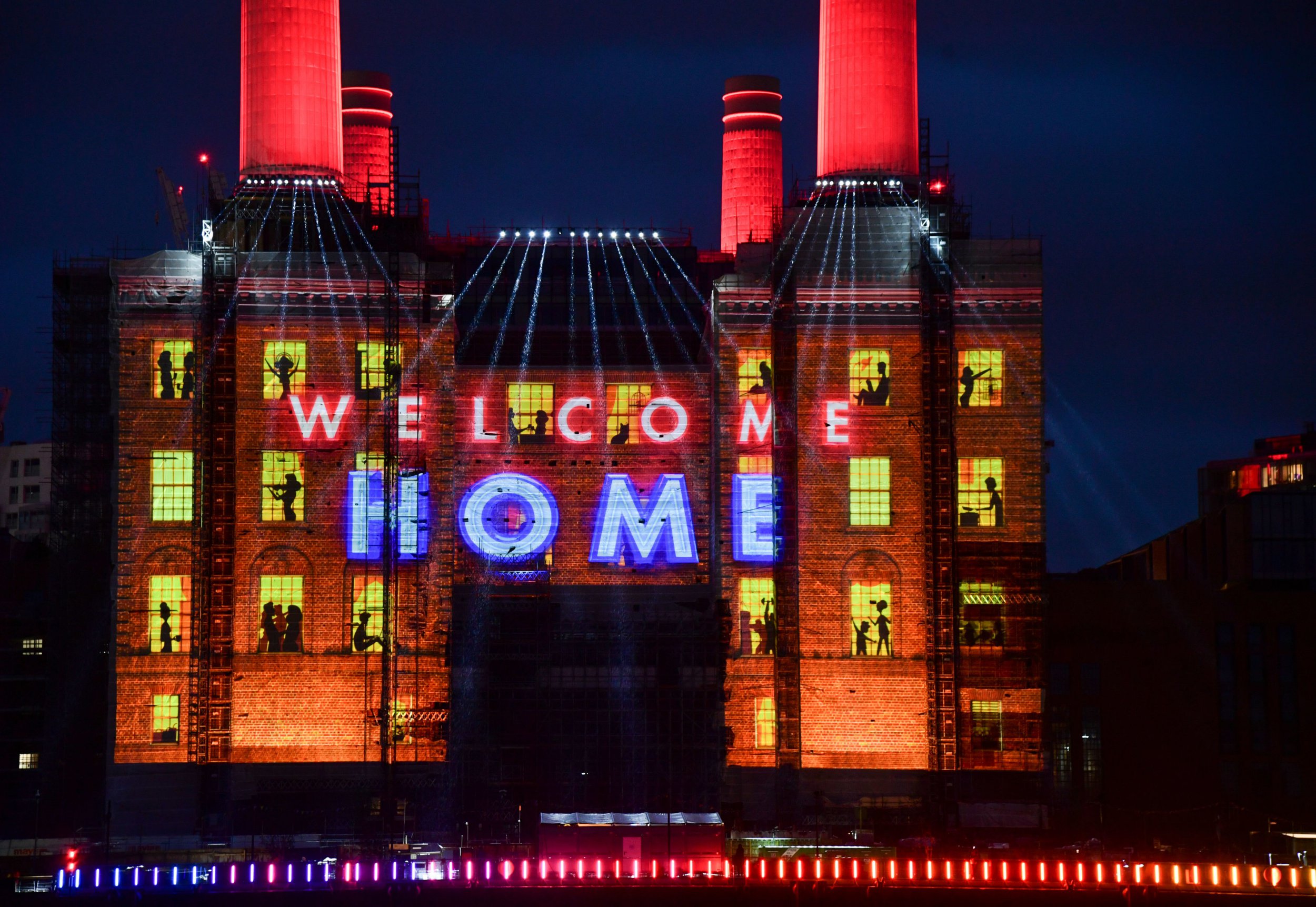 The first home owners have finally moved in to the regenerated Battersea Power Station after 34 years of development plans.

The south London landmark welcomed new tenants this week as part of the £9 billion project backed by a Malaysian consortium.

A grade II listed building, the station is also set to open to the public in 2022, with various shops, restaurants and public spaces set to attract visitors, with the help of a new Tube station this year.

The American continued: ‘Being from a young country, I love history and architecture. I have always worked for creative companies, so the power of stories and iconography is in the fibre of my being, which is why I am attracted to branded properties.’

On Monday night, there was a special public performance from members of the London Symphony Orchestra to mark the occasion, as a ‘welcome home’ message was projected on the front of the Power Station.

But there will be concerns around further gentrification of London – with the majority of locals priced out of living in the area and criticisms about a lack of affordable housing.

The former coal-fired power station, which provided electricity to much of the capital, had lain dormant and derelict for decades after it was fully decommissioned in 1983.

But further stages of building work are set to bring it back to life, with more completions due throughout the rest of the year and half a million square feet of office space set to be handed over to Apple this summer.

The Northern Line extension is on track to open from this Autumn, when a new Zone One Underground station should start to serve the area.

Billed as a ‘new town centre for London’, the plan is to offer new shops, cafes, restaurants, offices, event spaces and over 19 acres of public space, including a six-acre park, in the development.

Dato’ Ahmad Pardas Senin, the Chairman of Battersea Project Holding Company, said: ‘As custodians of this globally significant building, it is with great pleasure that we welcome residents into the Power Station for the first time in history.’

The Station is set to house over 100 shops, bars and restaurants, alongside events and leisure spaces.

A glass elevator will transport visitors 109m up inside one of the Power Station’s chimneys before they emerge at the top to enjoy views of the capital’s skyline.

Circus West Village, the first stage in the regeneration, is already home to around 20 bars, restaurants, cafés and fitness leisure outlets – and 1,500 residents – but this this week was the first time that any owners had moved in.