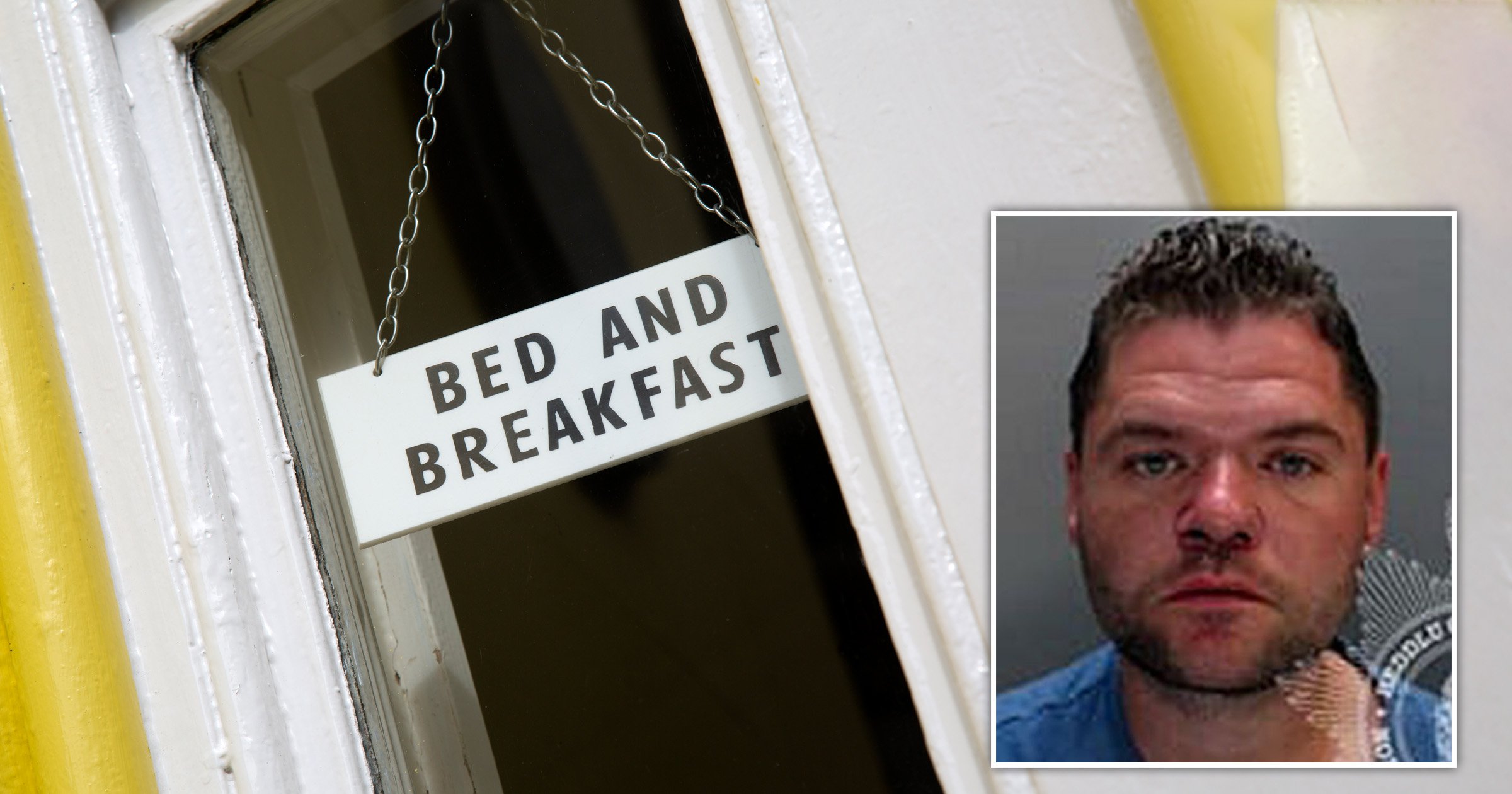 A man has been jailed after he set fire to the curtains of a B&B he was staying at after the landlady refused to wash his clothes.

Daniel Donoghue used hand sanitiser as an accelerant to fuel the fire, before claiming that someone else had started the flames and trying to calm the blaze with water.

The 31-year-old then ran away, but not before headbutting owner Julia Harding on his way out of the Swn y Nant Hotel in Bangor.

Caernarfon Crown Court heard that at 8.30pm on April 27, a witness saw Donoghue ‘stumbling around’ outside the B&B. He was shouting at Ms Harding and telling her to do his washing.

Prosecutor Nicholas Williams told the court she refused and asked him to stop shouting as he would disturb other guests.

Not long afterwards, Ms Harding saw smoke coming from the bedroom and used a master key to get inside it, where she found the defendant ‘throwing water over the fire’.

According to Ms Harding, Donoghue claimed: ‘Somebody came into my room and started a fire.’ But the room was locked without a way for anyone to enter.

Donoghue then headbutted Ms Harding, causing her ‘instant pain’, before leaving the premises. He later returned and was arrested by the police.

In an interview, Donoghue later told authorities: ‘I can’t lie. It was revenge because [Ms Harding] p***** me off. She called me a psychopath and other names.

‘I didn’t want to hurt anybody. I just wanted to burn her curtains.’

A victim impact statement revealed that Ms Harding said she had wanted to help Donoghue, who had been on licence from prison, but his behaviour had ‘rapidly deteriorated’ during his stay at her B&B.

She added: ‘I fed him late at night when he said he was hungry. Setting fire to the curtains felt like a personal insult. It has left me feeling saddened and disappointed that he has not changed for the better.’

In his defence, Donoghue’s barrister Brian Treadwell said that he had Aspergers and ADHD, as well as brain injury from a road accident when he was three. In addition, the lawyer stated that the defendant had PTSD from growing up in an environment of domestic violence.

Judge Nicola Jones told Donoghue he had acted ‘impulsively and in temper and anger’, and pointed out the potential danger of the fire spreading to adjacent rooms, which were both occupied with guests.

She said: ‘You did not intend to cause any harm but you were reckless.’

On August 25, she jailed Donoghue for two years for committing arson with recklessness as to whether life was endangered.

However, she imposed no separate penalties for assaulting Ms Harding or criminal damage to her property.