Free TV licences for the age group ended last month. Only those receiving pension credit do not have to pay. They had originally been scheduled to end in June, but the change was delayed because of coronavirus.

However, director-general Tim Davie told MPs it had been a “tough decision”, but the BBC would likely continue with the new charging policy, regardess of a second lockdown.

“If you think about it you end up with mass confusion if you were to make any adjustments,” he told members of the Digital, Culture, Media and Sport select committee. “And you also end up with massive holes in the BBC’s finances. I think we’re set with our system.”

He said not implementing the new policy would have cost the BBC £700million.

He said the Match of the Day presenter fronted other popular shows for the Beeb and was paid far less than pundits on other channels. 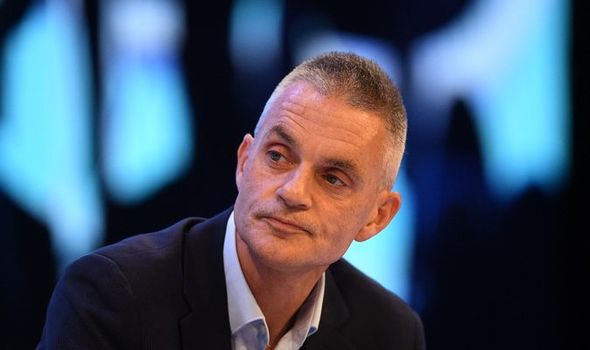 Mr Davie hit out at the idea the Government could decriminalise the licence fee, warning that an alternative system would cost £200million a year.

Under the plans, non-payment would be treated as a civil monetary penalty – like a parking fine. But Mr Davie said this would mean higher fines and hiring bailiffs.

He said: “If you are a law-abiding licence-fee payer I am trying to get you the most value for money. The decriminalisation proposal just doesn’t pass the logic test.”

Earlier this month he announced BBC employees would be bound by strict new impartiality rules, including tweets about party politics.

He reiterated to MPs yesterday that while Lineker in particular has a “flavoursome turn of phrase”, there would be no room for party politics. Lineker laughed off the threat, tweeting: “I think only Twitter can take people off Twitter.”