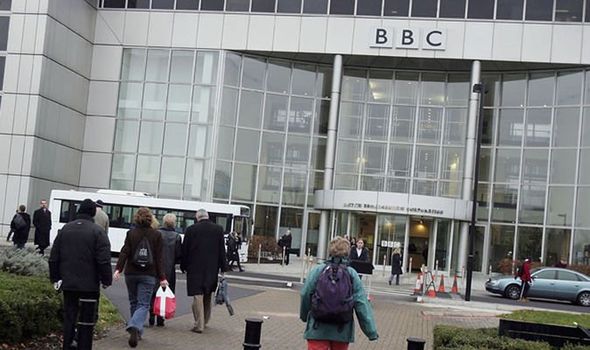 Silver Voices, a pressure group representing people aged over 60, says supporters almost unanimously back protest action against the broadcaster. A poll for the campaign shows 87 percent of those quizzed believe the protest should be escalated into a blanket refusal to pay the licence fee if the BBC does not back down. “We do hope that the occasion of your appointment will prompt an attempt by the BBC and Government to find a solution on this issue,” the letter from Silver Voices to Mr Davie says.

The National Pensioners Convention, which is also writing to the director-general to urge a U-turn, says the decision has triggered “anger and despair” among millions of the country’s older citizens.

Politicians from across the Westminster divide backed the call for the BBC to save free TV licences for everyone aged over 75.

Tory MP Jonathan Gullis, who represents Stoke-on-Trent North, said: “The BBC has been losing credibility with the public in recent years. If it does not reverse this decision on the licence fee, that will be the final straw..

“I have a big elderly population in my constituency and many of them are furious about this decision.

“If the BBC does not back down, I will be pressing for licence fee to be scrapped altogether at the next charter review.”

Ben Bradley, Tory MP for Mansfield, said: “The BBC are supposed to work for the people of this country, and in their interests. Instead they’re putting this burden on to the people who need them most. They need to rethink, and fast.”

Labour peer Lord Foulkes, the chairman of the Parliamentary All-Party Group on Ageing and Older People, said: “The decision to scrap free TV licences for over-75s was cruel and unjust.

“As the gravity of the situation begins to take effect, many of those who rely on their TV for information, entertainment and company, will be forced to choose between increasing loneliness or poverty.

“While the BBC are treating the decision as a done deal, there are increasing calls, from both inside and outside parliament, for the new director general to take the initiative from the start and work with the Government to alter the direction of travel before it is too late.

“This Punch and Judy show between the Government and the BBC must come to an end, with both parties required to come together to find a solution.”

The BBC announced last year that it would no longer fund free TV licences for everyone aged over 75.

Instead, only pensioners entitled to Pension Credit would be allowed to enjoy the benefit with the means testing coming into effect at the beginning of last month.

Under the old system, 4.6million households had free TV licences but far fewer are now entitled to claim the benefit.

Dennis Reed, the director of Silver Voices, said: “The appointment of a new director general provides an ideal opportunity for the Government and BBC to discuss a solution to end this long running dispute.

“Mr Davie will not want a campaign of civil disobedience festering away and undermining the credibility of the whole licence system.

“The militancy of senior citizens on this issue is growing all the time, however, so early progress is essential.

“We will not hesitate to escalate our action if the BBC and Government continue with their barren blame game approaches.”

Silver Voices has launched a “Gum Up The Works” campaign encouraging supporters to cancel direct debit payments for TV licences and insist on monthly payments by cheque.

The action is designed to cause an administrative headache for the corporation while stopping short of breaking the law by refusing to pay.

A poll for Silver Voices found 97 percent of the organisation’s members backed the Gum Up The Works campaign while 87 percent supported escalating the action to an outright refusal to pay the licence fee by everyone aged over 60.

In the letter to the BBC director general, Mr Davie wrote: “Congratulations on your appointment, but we do not apologise for raising the pressing issue of free licences for the over 75s on your first day in office.

“We hope that one of your first priorities will be to settle this dispute.

“You will be aware that the scrapping of the free licence from 1 August has caused great anger, and in many cases, despair, among senior citizens.

“Hundreds of thousands of over 75s who previously received a free licence will be plunged into a quandary about whether eating, heating, or their constant companion, the TV, should take priority.

“Forty per cent of people who are eligible for pension credit do not claim it and many thousands just above the pension credit level, perhaps because of a tiny pension, will also struggle to pay the fee.

“Many of those whom your operatives will now be chasing for payment, will be living with dementia, or will have been recently bereaved.”

Inviting the director general to an online meeting to discuss the issue, the letter added: “Attitudes have already hardened amongst senior citizens, who are the BBC’s most loyal viewers, and we have no sympathy for the blame game being conducted by the BBC and Government, when both bodies are clearly responsible for the current mess.”

She said: “The BBC has had in effect five years to look at its economic situation and how that would impact on providing free TV licences for over 75s.

“In those five years, our members have seen no genuine attempt to take on board the widely expressed opinions of viewers in relation to how the BBC operates.

“It’s only answer has been to means-test the TV licence fee for over 75s, an archaic, costly, unfair way of judging who should have access to a particular service.

“Certainly in the 21st Century and in a still wealthy country like the UK, it is unacceptable.”

She urged Mr Davie to “reflect wisely on the decisions made prior to his appointment; engage with those organisations working with pensioners and to work with them to find a permanent solution that reinstates the free TV licence for over 75s.”

A BBC spokeswoman confirmed the corporation had received the Silver Voices letter yesterday.

The spokeswoman said: “We’ve received the letter and will, of course, respond in due course.

“In the meantime, we would point out that it was the Government who decided to stop funding free TV licences for the over 75s.

“Around 1½ million households could get free TV licences if someone is over 75 and receives Pension Credit.