During a segment detailing where the covid vaccine had been rolled out in England last night, eagle-eyed viewers noticed a map on a television screen next to presenter Mishal Husain appeared to contain errors. The map showed Bristol located in the south of Wales, while Manchester was pinpointed to be in the sea. Newcastle was also placed on the south-west border of Scotland, rather than the north-east of England.

London appeared to be somewhere in Buckinghamshire and Surrey seemed to take the place of the capital city.

Twitter user Robert Colville wrote: “Every time I look at this map it gets funnier.”

Another Twitter user added: “OK, so I’m no geography geek but even I know this BBC News map is a ‘little bit’ wrong.” 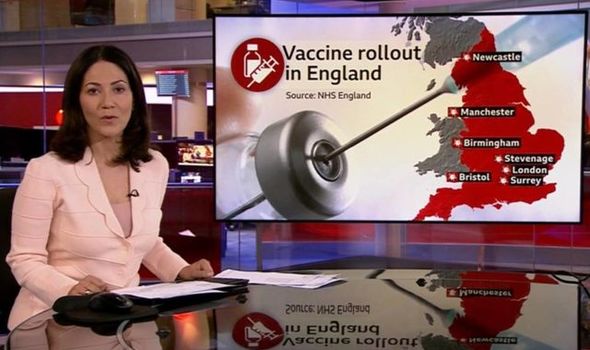 This was followed by a shocked face emoji and a hashtag with the words “shocking geographical skills”.

However, another user explained that the Covid symbol had been used at the start of each place name instead of the actual location.

They said: “You do realise that the icon on the side is a covid symbol. 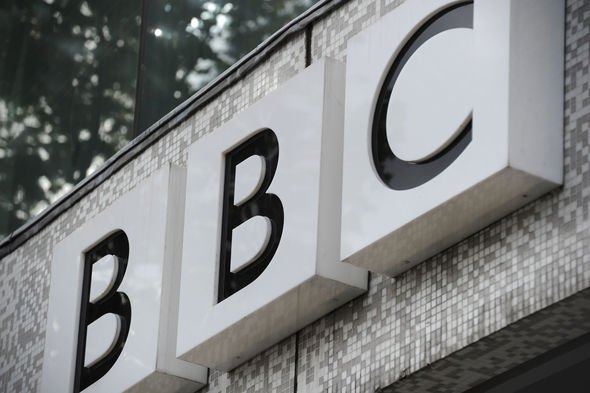 “Not a pin on the location of the city.”

Sky Sports News came under similar scrutiny in November after showing a map that showed Wales was part of England.

During a segment on English boxer Tony Bellew before his fight against Oleksandr Usyk, a graphic was shown on the screen that displayed a St George’s cross covering Wales rather than just England.

The broadcaster quickly posted an apology on Twitter and changed the map to remove the flag of England over Welsh territory.

They wrote: “Thanks to everyone for pointing out the error we made with our Usyk v Bellew graphic last night.

“We’ve now corrected this and would like to apologise for any offence caused.”

The BBC blunder comes just three weeks after BBC News presenter Ben Brown was forced to apologise after he was caught yawning on-air during a live broadcast.

He explained on Twitter that he simply did not realise the camera had panned back to him. 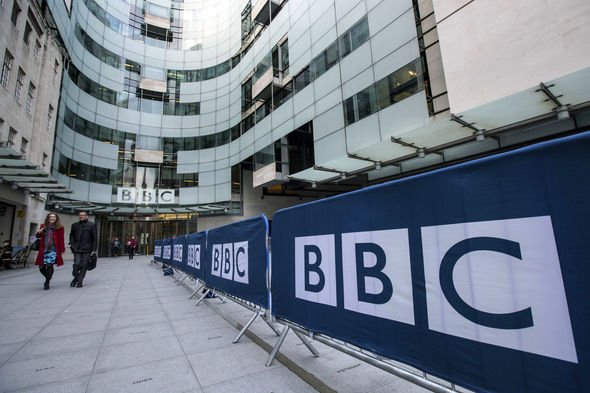 “I was at the end of a long shift after a 5am start when the director cut to me by mistake.

“The perils of live TV!”

Express.co.uk has contacted the BBC for a response.