Mark Dennison, presenter on BBC Nottingham, took to Twitter Sunday to criticise Talk Radio broadcaster Julia Hartley-Brewer. Ms Hartley-Brewer had tweeted a picture of a face mask with the Swedish flag emblazoned across it.

She captioned the tweet: “I’ve just ordered one of these. If I have to wear a sodding mask then at least I’ll wear a symbol of freedom at the same time.”

Mr Dennison responded: “Here’s another one…more interested in her own ego than actual human lives. Idiot.”

The BBC presenter’s tweet came as a shock to Ms Hartley-Brewer who highlighted how journalists working for the corporation should abide by its new social media policy. 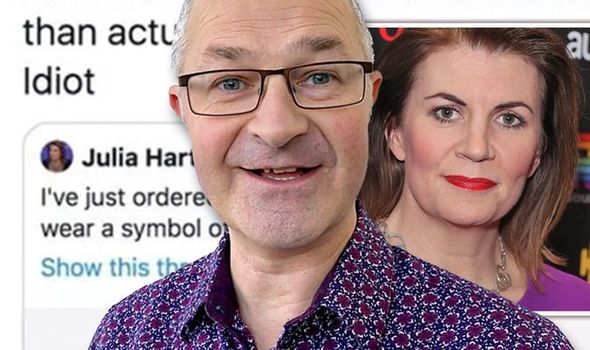 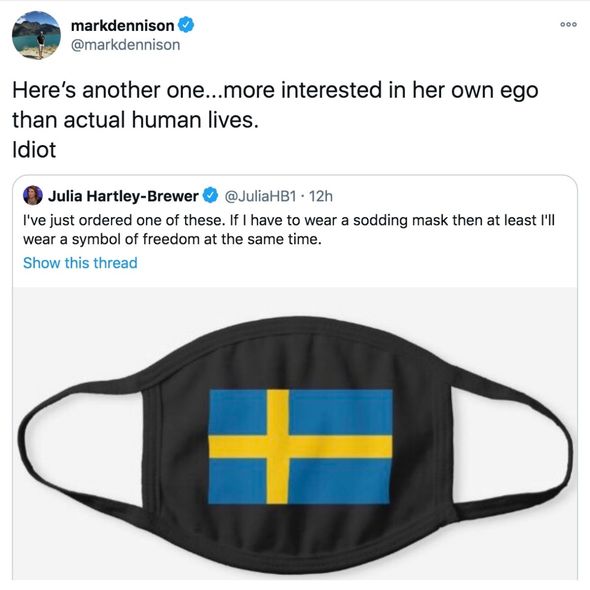 “So I’m an ‘idiot’ & care more about my own ego than ‘actual human lives’ even though I wear a face mask every day?

“Maybe he thinks a logo he doesn’t like will kill people? Utterly bizarre.”

The BBC has cracked down on journalist’s social media use in order to meet its impartiality commitments.

Under the BBC’s new social media policy, staff and presenters have been told their personal “brand” is secondary to their responsibility to the corporation. 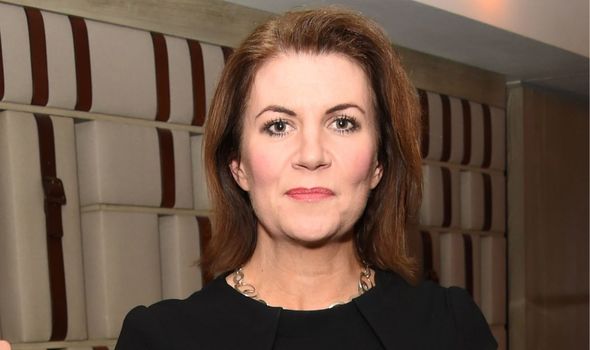 It also advises employees to refrain from criticising their colleagues online, from sharing personal opinion on controversial subjects if they need to be impartial.

The policy also said staff should not use their BBC status to “pursue personal campaigns” and avoid “virtue signalling”.

It added how employees should not “bring the BBC into disrepute” on their work or personal social media accounts.

The policy said: “This guidance is not intended to prevent the use of social media but to ensure that anyone working for the BBC uses it with appropriate regard for the BBC’s values.” 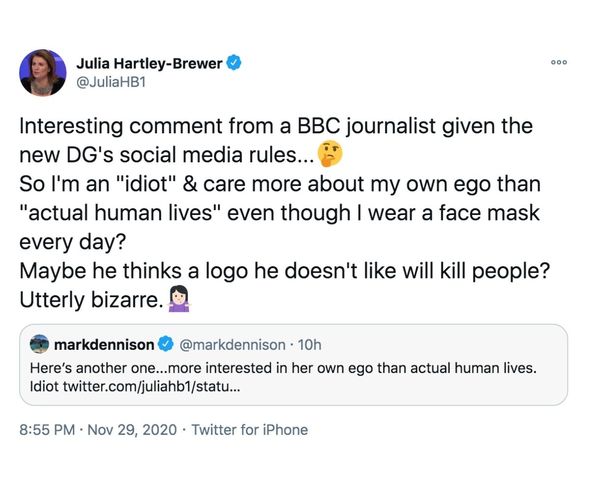 In September, the BBC’s new director-general Tim Davie warned the corporation’s staff about their use of social media.

He reportedly told staff at the Cardiff office: “If you want to be an opinionated columnist or a partisan campaigner on social media, then that is a valid choice – but you should not be working at the BBC.”

Mr Dennison responded to Ms Hartley-Brewer’s tweet which appeared to accuse him of breaching the BBC’s social media rules.

He wrote: “A quick look at your timeline told me all I needed to know. 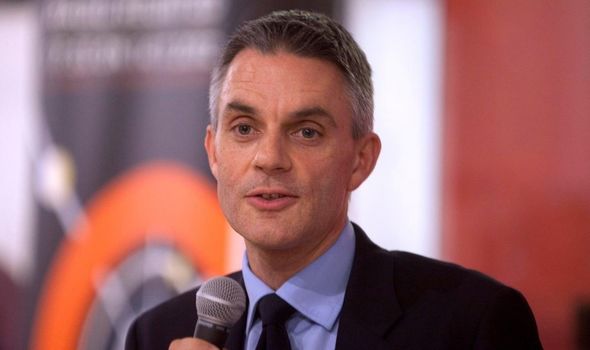 “Also, your Swedish reference is now sadly dated-have you seen their new rules?”

Up until recently, Sweden had a more relaxed approach to the coronavirus pandemic compared to other European countries.

He predicted that the country would not face such a hard second wave under its strategy.

However, Sweden’s cases and death rates have surged in November suggesting that the country’s no-lockdown approach has not worked.