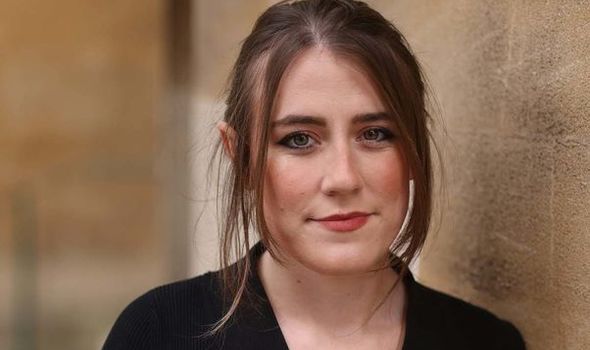 She looked into how social media – including Facebook and Instagram – allow violence against women to be promoted and the “human cost of it all”, for last week’s Panorama.

And Marianna admitted what she sees is “very upsetting and worrying” but her job is “a very useful coping mechanism”.

She said: “I don’t like the abuse. And that’s part of what triggered the Panorama investigation in the first place because I just thought ‘This isn’t very normal – why am I experiencing rape threats and death threats and gender hate in this way?'” Marianna spoke as Facebook announced it is rebranding itself as Meta.

The move – which affects the umbrella company but not the familiar names – comes after its platforms, particularly Facebook, WhatsApp and Instagram, were mired in controversy.

And Londoner Marianna uncovered vicious abuse of all sorts of women, from librarians and firefighters to teenagers on them. On Panorama she created male persona Barry on five of the most popular sites.

The account followed anti-women content and posted abuse on the apps so they would note the language used.

Within days, the topics of top recommended pages to follow on Facebook and Instagram were almost all based on misogyny. She said: “Our experiment was a very worrying insight… into how social media sites can push hate when they have committed to doing otherwise. Some of the content was quite disturbing.”

She also spoke with some of the people who sent her abuse and found some were “surprisingly quite normal”, including a van driver called Steve in his 60s.

“He effectively told me that he wanted a reaction. He was very frustrated, he was very angry and he’d resorted to these gendered slurs as a way of expressing that.”

The Daily Express is demanding changes in our Unmask The Online Trolls crusade. Two in five women have suffered abuse online. They are also seven times more likely to be sexually harassed on social media.