Philip Hammond abstained in a critical vote on Thursday which effectively will make it more difficult for a future Prime Minister to force through a no deal Brexit by suspending Parliament. Speaking on BBC’s Andrew Marr show, the Chancellor, who announced he will resign before being sacked if Boris Johnson is elected as the next Tory leader, was asked how he would vote in a no confidence vote in the Government if there was a prospect the UK could leave the EU without a deal. During the tense interview, Marr quizzed the Chancellor insisting people like Mr Hammond would “crumble” if they had to back a no confidence motion in their own Government.

Mr Hammond said: “I am confident that Parliament does have a way of preventing a no deal exit on October 31 without Parliamentary consent.

“I intend to work with others to ensure that Parliament uses its power to make sure the new government can’t do that.

“The point of that is not to inflict some new defeat on the Government, it’s to ensure the new Government focuses then on trying to achieve a sensible negotiated settlement with the EU, that protects our economy and allows us all to get on with our lives.”

The BBC host stepped in quizzing the Chancellor. Marr said: “That sounds to me as if you wouldn’t vote against the Government in a vote of no confidence. 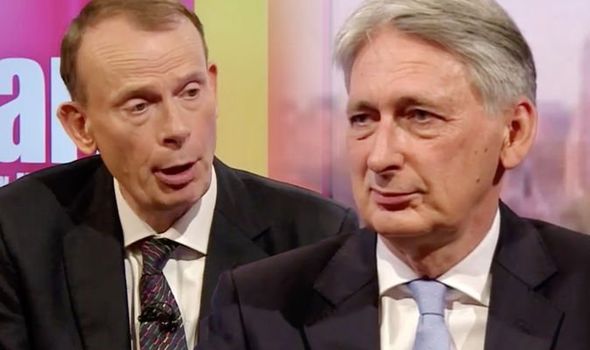 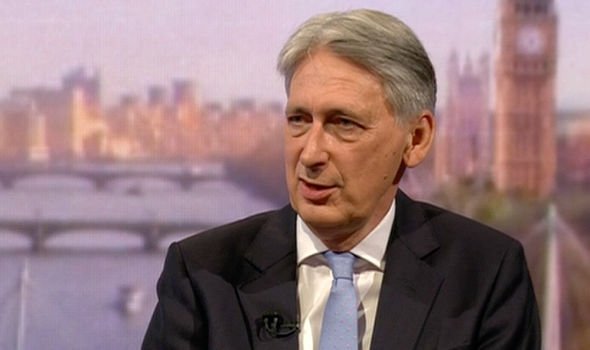 “That’s why quite a lot of your colleagues suspect, if I may put it this way, that people like you will eventually crumble.

The Chancellor replied: “Well, that would be a catastrophic outcome for the country if Corbyn and McDonnell were ever to get their hands on the levers of power.

“As I just said to you, I don’t have any major policy disagreements with Boris Johnson apart from on the issue of how we manage our exit from the European Union. 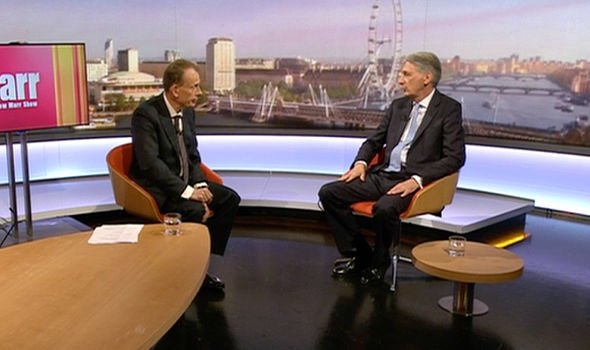 “My focus will be trying to persuade the new Prime Minister to work with those colleagues who are absolutely opposed to leaving on October 31 with no deal. To give himself a bit more time.

“To do the work necessary to explore the options, and to use the power he will have as a newly elected Prime Minister and leader of the Brexiteers to get a sensible outcome.

Chancellor Mr Hammond has become the second Cabinet minister to announce they will quit the Government if Mr Johnson becomes Prime Minister.

On Marr, He said: “No, I’m sure I’m not going to be sacked because I’m going to resign before we get to that point. 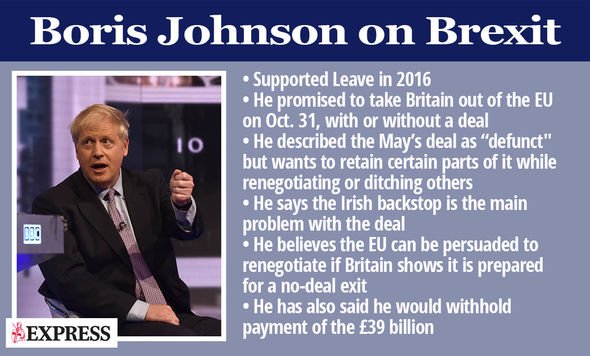 “Assuming that Boris Johnson becomes the next prime minister, I understand that his conditions for serving in his government would include accepting a no-deal exit on the 31st October, and it’s not something that I could ever sign up to.

“It’s very important that the prime minister is able to have a chancellor who is closely aligned with him in terms of policy, and I, therefore, intend to resign to Theresa May before she goes to the Palace to tender her own resignation on Wednesday.”

It comes after Justice Secretary David Gauke – a former Remainer – told the Sunday Times he would also quit on Wednesday if Mr Johnson enters Number 10.