Rail passengers were suffering fresh travel chaos on Wednesday when thousands of workers walked out on strike, crippling services across the country. Disputes in the bitter row over jobs, pay, pensions and conditions are worsening, with more strikes in the coming days, and a wave of industrial action planned next month on the railways and London Underground. Mr Groves has slammed the union and called for them to be “more democratic”.

Speaking to LBC, Mr Groves said: “I think the truth is RMT should be more democratic and put the improved pay off that to their members.

“It’s clear that from an RMT member earlier that he didn’t even know progress had been made on talks and and improved offer is on the table.

“That was the feedback that we’re getting from picket lines today that their members don’t know there’s a two-year 8 percent deal on the table plus benefits, plus bonuses, plus no changes to terms and conditions, plus no compulsory redundancy guarantee.

“The RMT haven’t told them. They haven’t asked their members if they want to accept this deal or not.” 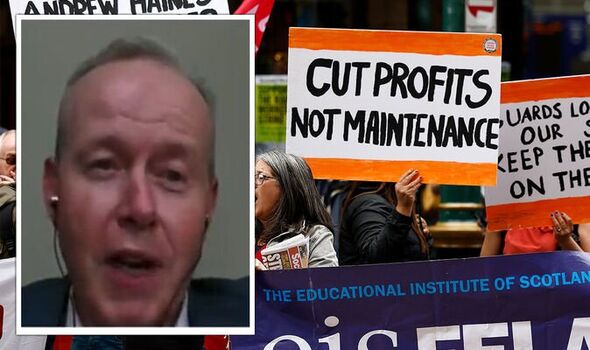 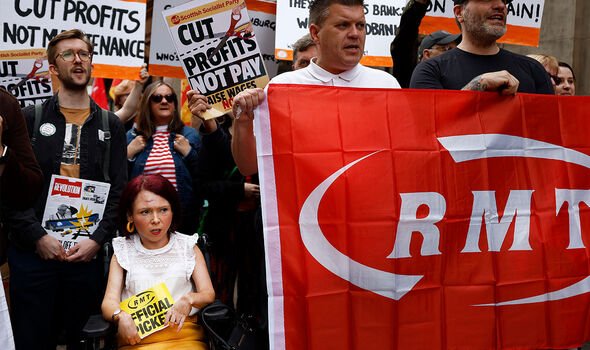 Only around one in five trains will run on Wednesday, on around half the network, with some areas having no trains all day.

Picket lines were being mounted outside train stations as members of the Rail, Maritime and Transport union (RMT) at Network Rail and 14 train operators went on strike.

Passengers are being urged to only travel by train if they must, and if it is necessary, allow extra time and check when their last train will depart.

Trains are expected to be disrupted on Thursday morning with a later start to services as employees return to duties.

The Transport Salaried Staffs’ Association (TSSA) has also announced a strike by its members at Avanti West Coast on Wednesday, while members of the drivers union Aslef at seven companies will strike on Saturday.

“Network Rail have not made any improvement on their previous pay offer and the train companies have not offered us anything new.

“In fact, Network Rail have upped the ante, threatening to impose compulsory redundancies and unsafe 50 percent cuts to maintenance work if we did not withdraw our planned strike action. 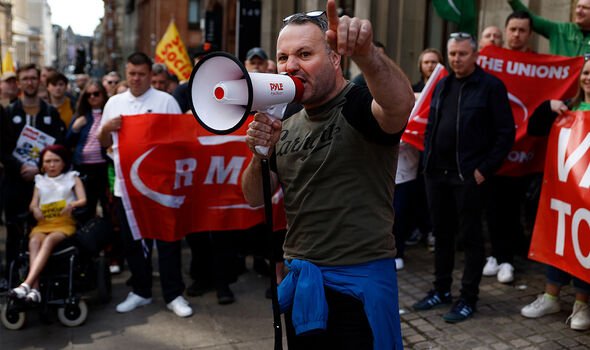 “The train operating companies have put driver-only operations on the table along with ransacking our members’ terms and conditions.

“RMT will continue to negotiate in good faith but we will not be bullied or cajoled by anyone.

“The Government need to stop their interference in this dispute so the rail employers can come to a negotiated settlement with us.”

Grant Shapps said in his three years as Transport Secretary there has not been a single day when unions have not been in dispute by threatening or taking industrial action, with around 60 separate disputes in 2022 alone.