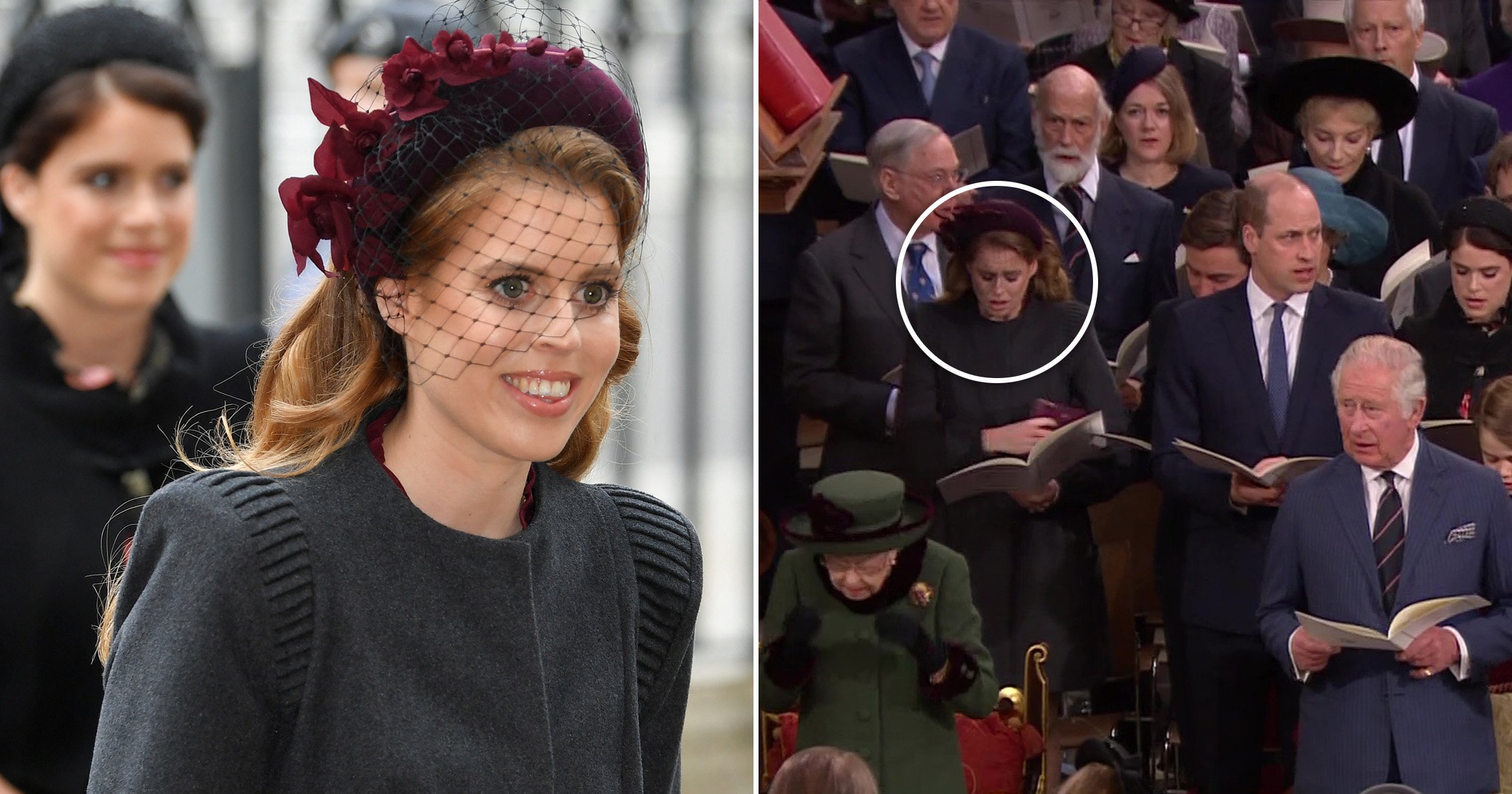 Princess Beatrice welled up with emotion and cried as she paid respect to her granddad Prince Philip at a memorial service.

The Royal Family gathered to say a second goodbye to the Duke of Edinburgh for a second time at Westminster Abbey today.

This time round they could all stand shoulder to shoulder – free from Covid restrictions in place at Philip’s funeral.

Several royals were visibly upset as they marked his death nearly one year ago, including Prince Andrew’s eldest daughter Beatrice.

Almost as soon as the congregation stood to begin the service, the 33-year-old looked as if she was tearing up.

She then dug in her handbag for a tissue and used her hymn sheet to cover her face.

Beatrice was there with her husband Edoardo Mapelli Mozzi, her sister Princess Eugine and her husband Jack Brooksbank.

The princesses’ dad Andrew was centre-stage, arm-in-arm with the Queen, despite the recent controversy over him paying millions to settle a civil sexual assault case. 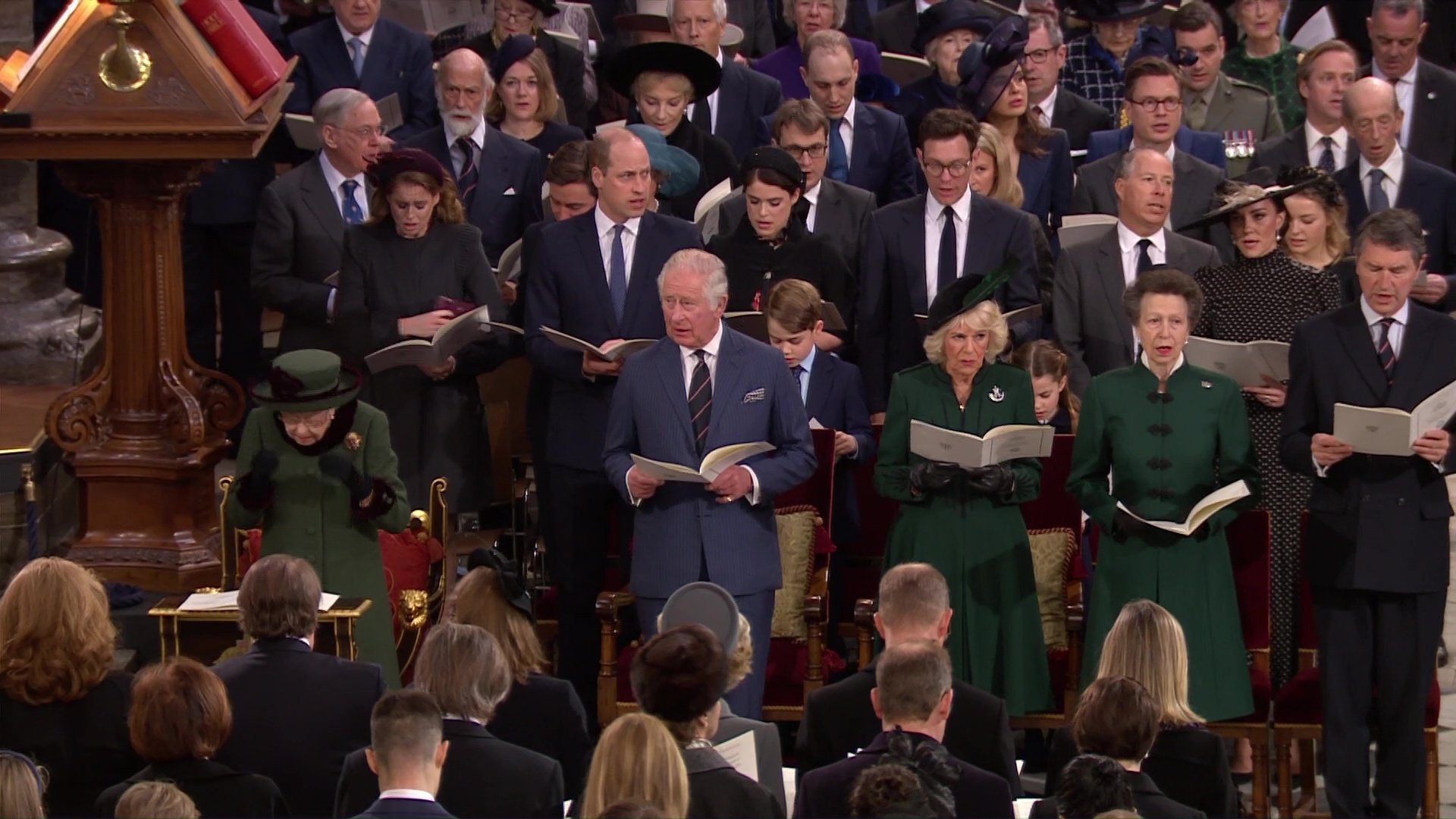 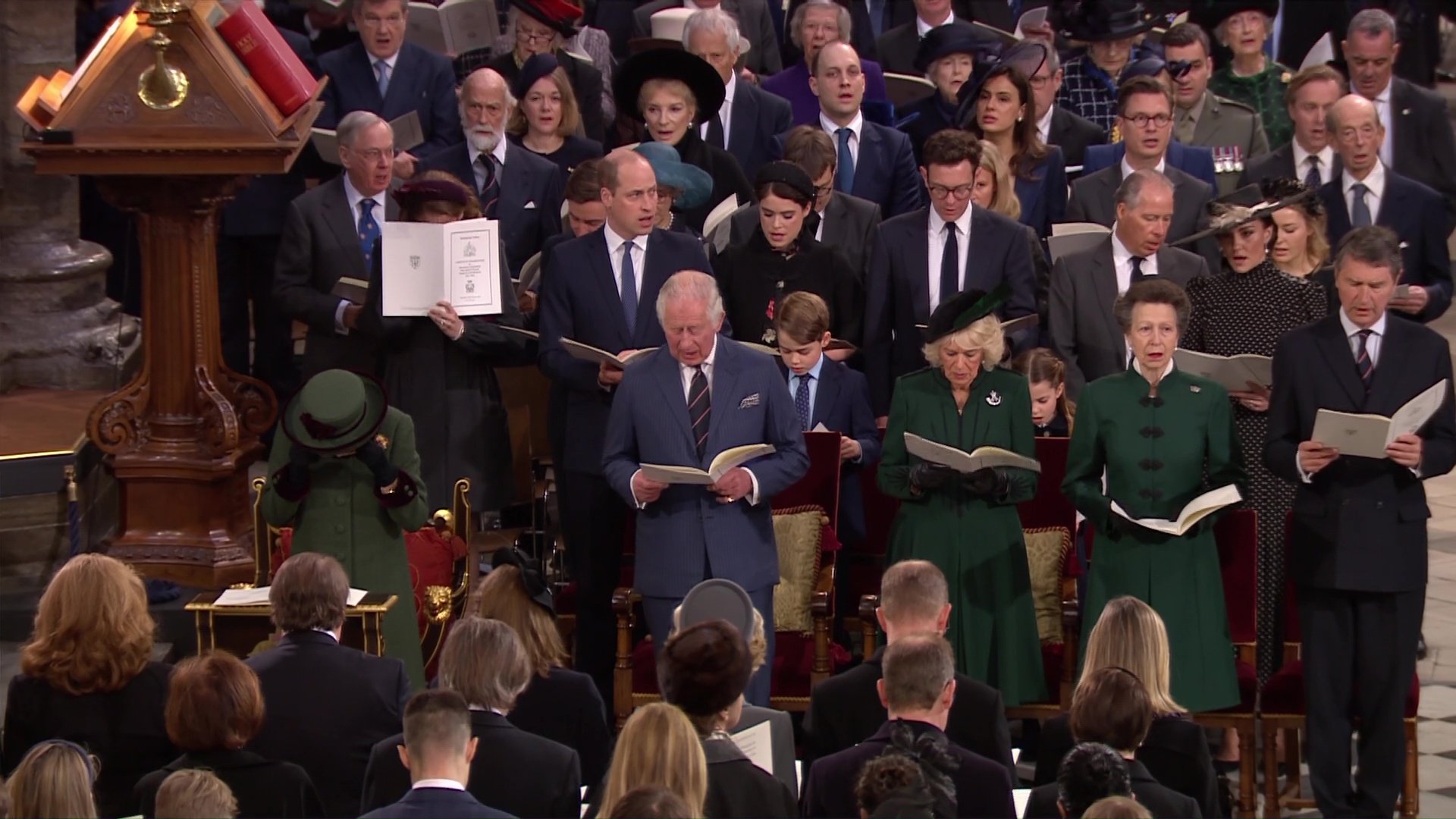 Both the Queen and Prince Chalres were also seen getting upset over losing the Duke.

Her Majesty, who was married to Philip for 73 years, was pictured with teary eyes while Charles was seen wiping tears away from his own.

The two sat next to each other during the ceremony where many of Philip’s previously unfulfilled memorial wishes were finally realised.

When the Duke died last April, coronavirus restrictions meant only 30 people were allowed to attend his funeral and singing was banned.

Amoung several other details in Philip’s funeral plans – codenamed Forth Bridge – the Duke asked that the congregation sing the rousing hymn Guide Me, O Thou Great Redeemer. This happened today.

The service was the Queen’s first major official engagement outside of her home at Windsor Castle for almost six months.

The 95-year-old monarch has had multiple health scares and has now told the public she is struggling with her mobility.

There are reports Her Majesty is using a wheelchair but is ‘too proud’ to be seen with it in public.

Buckingham Palace only confirmed the Queen was able to attend the ceremony this morning – when the last-minute decision was reportedly made.