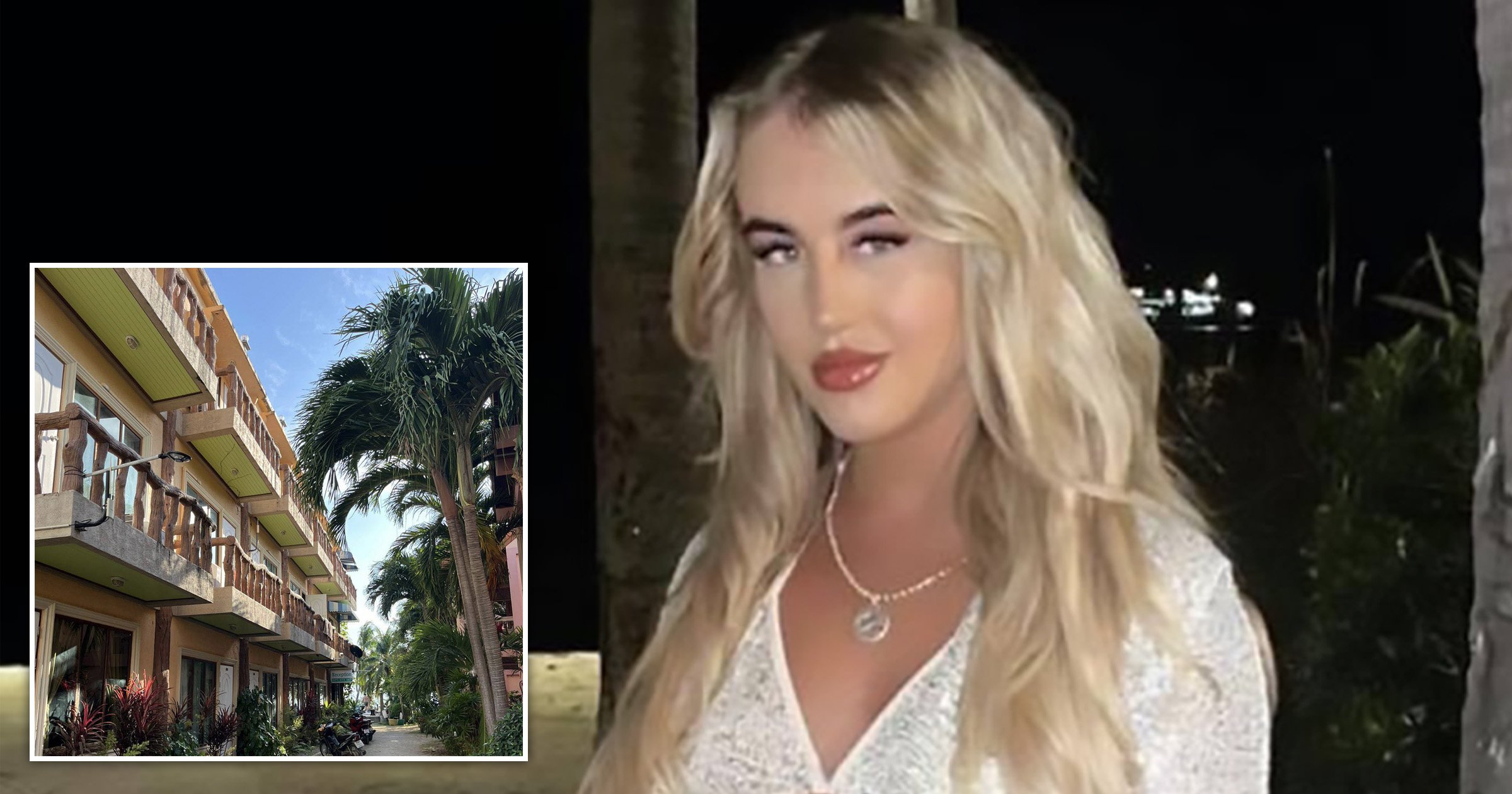 A beautician has been told that she may never walk again as she remains in a Thai hospital following a fall from a resort balcony on what was supposed to be a dream holiday.

Maddi Neale-Shankster, 21, has been left with fractures in her spine and needing drains to remove blood and fluid from her chest after the accident on the party island of Ko Pha-Ngan.

Her mum, Karen Moseley-Neale, flew to Thailand on Sunday to be by her daughter’s side as they wait to see if surgeons will operate on her back once her chest is clear.

Maddi, from Coventry, had been in Thailand on a three-week trip with her partner, and had seen in new year on the island, which is famous for its full moon parties.

She then fell from the second floor of the accommodation she had been sharing with her partner, with her screams heard by a friend.

Karen, who runs The Venue beauty salon in Coventry, said: ‘It was supposed to be the trip of a lifetime until Maddi fell from the balcony.

‘The prognosis isn’t good as she has fractures to her spine and has needed drains to her chest to remove the blood and water which will be there for at least three days.

‘There’s a chance she may never walk again. It’s devastating.

‘Maddi had been working hard to move into her own premises in the spring and had a bright and promising year ahead of her.

‘I’d ask anyone who knows her to keep her in your thoughts and prayers.’

Pictures of the couple’s room at the resort in Ko Pha-Ngan appear to show a balcony with a low wooden guard rail.

Karen said: ‘The pictures we have of the balcony where she fell are outrageous, you would never get away with that in the UK.

‘The ambulance didn’t turn up for between 30 and 40 minutes either.

‘To make things worse, Maddi was pickpocketed on the night of the accident and lost all of her cards and money.

‘She had been carrying her valuables because the security in their room was horrendous, it was a clasp with a flimsy lock on it.

‘Maddi’s partner hasn’t left her side and has been given two plastic chairs to sleep on. They’ve got no belongings with them, it’s horrific.’

Karen, whose family and colleagues are well known through their independent salon in Coventry, told Metro.co.uk that the exact circumstances of the accident early on New Year’s Day are unclear.

‘Maddi doesn’t remember anything at all, her partner was woken up by someone shouting to him to come and get her,’ she said.

‘A friend who is with them woke up to Maddi’s screams as they put the neck brace on. All I know is that she was on the phone to me only an hour before it happened and all seemed well.

‘She started off in a hospital on Ko Pha-Ngan and was then moved by a three-hour boat journey and an hour by road to Surat Thani International Hospital on the mainland.

‘We’re waiting to hear back from the British Embassy and we’re trying to keep everyone updated as best as we can.

‘We’ve shared messages on Facebook not to seek sympathy or to be haters, but because so many people know Maddi it’s difficult to keep everyone updated separately.

‘We would like to thank everyone who has been in touch and sent messages of support.’

Karen is hoping to join her daughter at the hospital, which lies around 650 miles south of Bangkok, by tomorrow morning UK time.

Metro.co.uk has contacted the Foreign, Commonwealth and Development Office for comment.