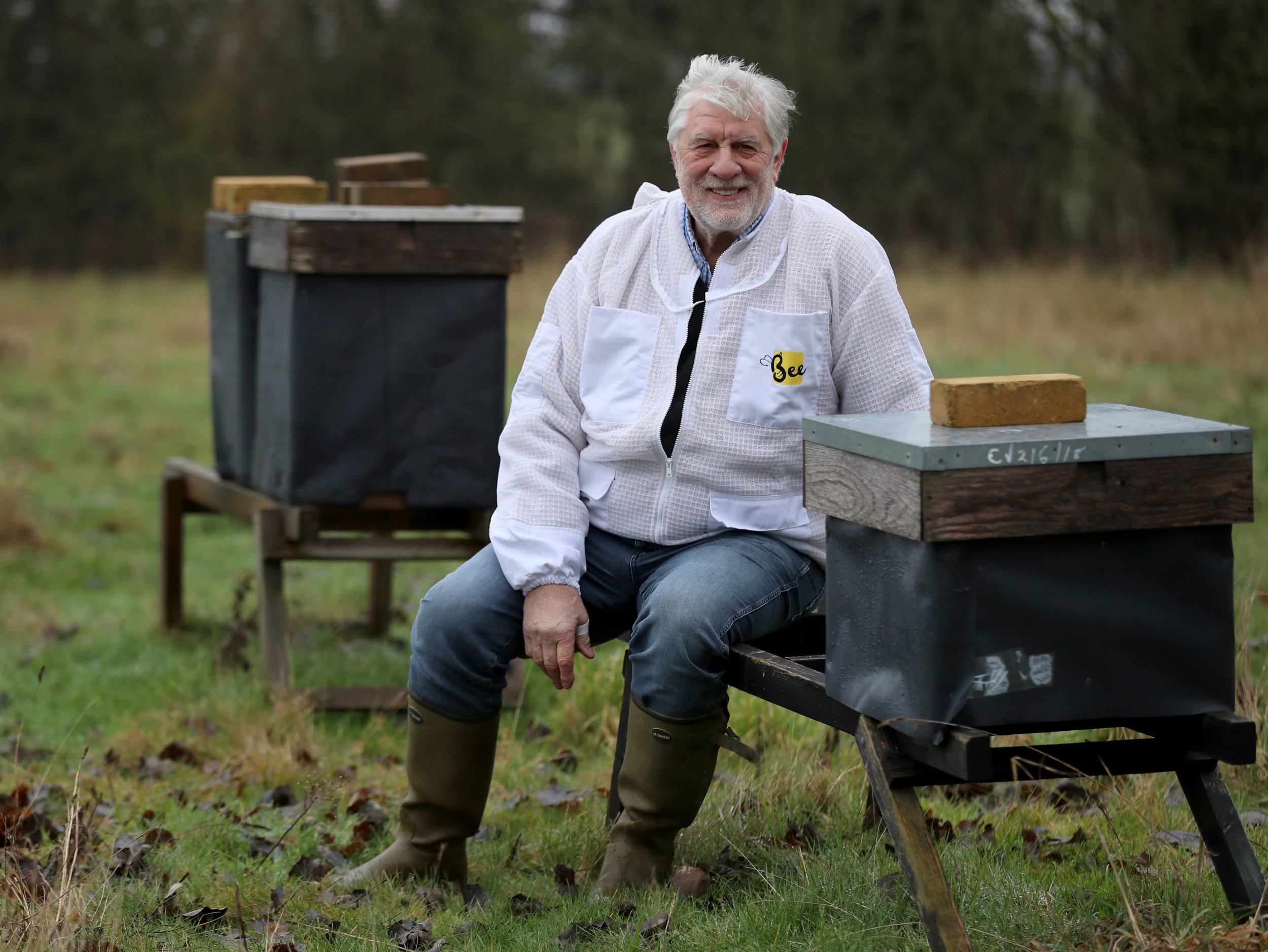 A beekeeper trying to bring 15 million bees into the UK says he has been told they may be seized and burned because of post-Brexit laws.

Patrick Murfet wants to import the baby Italian bees for his Kent business and to help farmers pollinate valuable crops.

But new laws that came into effect after the UK left the single market mean that bringing bees into the country is banned.

Since the end of the transition period, only queen bees can be imported into Great Britain, rather than colonies and packages of bees.

However confusion over whether bees can be brought in via Northern Ireland has caused a legal headache.

The Department for Environment, Food and Rural Affairs (Defra) said it is aware of the issue and is working with the devolved administrations to find a solution.

Patrick said: ‘I am a passionate beekeeper, I’ve been doing it for nearly 20 years.’

He is managing director of Bee Equipment, based near Canterbury, and every year he imports large numbers of bees from breeders in Italy, where the climate is warmer.

For decades, bees have been imported to replenish stocks, strengthen breeding lines and as early-awakening pollinators for fruit and honey farms in the UK. But the new ban could put this in jeopardy.

He said: ‘It’s a monumentally stupid situation for a country supposed to be standing on its own two feet and exporting round the world.’

In an effort to avoid the import ban and abide by the new laws, Mr Murfet arranged for his usual importation of 15 million bees to arrive via Northern Ireland in April, but said he has been told they may be destroyed if he tries.

‘I don’t care what they think it should say. At present the rules are clear that bees from Northern Ireland can enter the UK legally. If the law intended something else, they have not written it into legislation,’ Mr Murfet said.

He says his enquiries into the reasoning behind the ban on imported bees have been met with a wall of silence, except an email reading: ‘Illegal imports will be sent back or destroyed, and enforcement action (criminal charges) will be brought against the importer.’

Mr Murfet said he has already paid a deposit of about £20,000 for the bees and stands to lose nearly £100,000 in costs alone if he cannot bring them into the country.

He added: ‘So far the department has overseen a policy whereby the UK is only one of three countries in Europe to see a decline in bee colonies.

Defra said bee health is a devolved matter and it is working to find a solution.

A department spokesperson said it will provide guidance to bee importers and beekeepers as soon as possible.

It is the responsibility of the importer to ensure that goods dispatched from Northern Ireland meet the definition of NI qualifying goods or meet import requirements, they added.