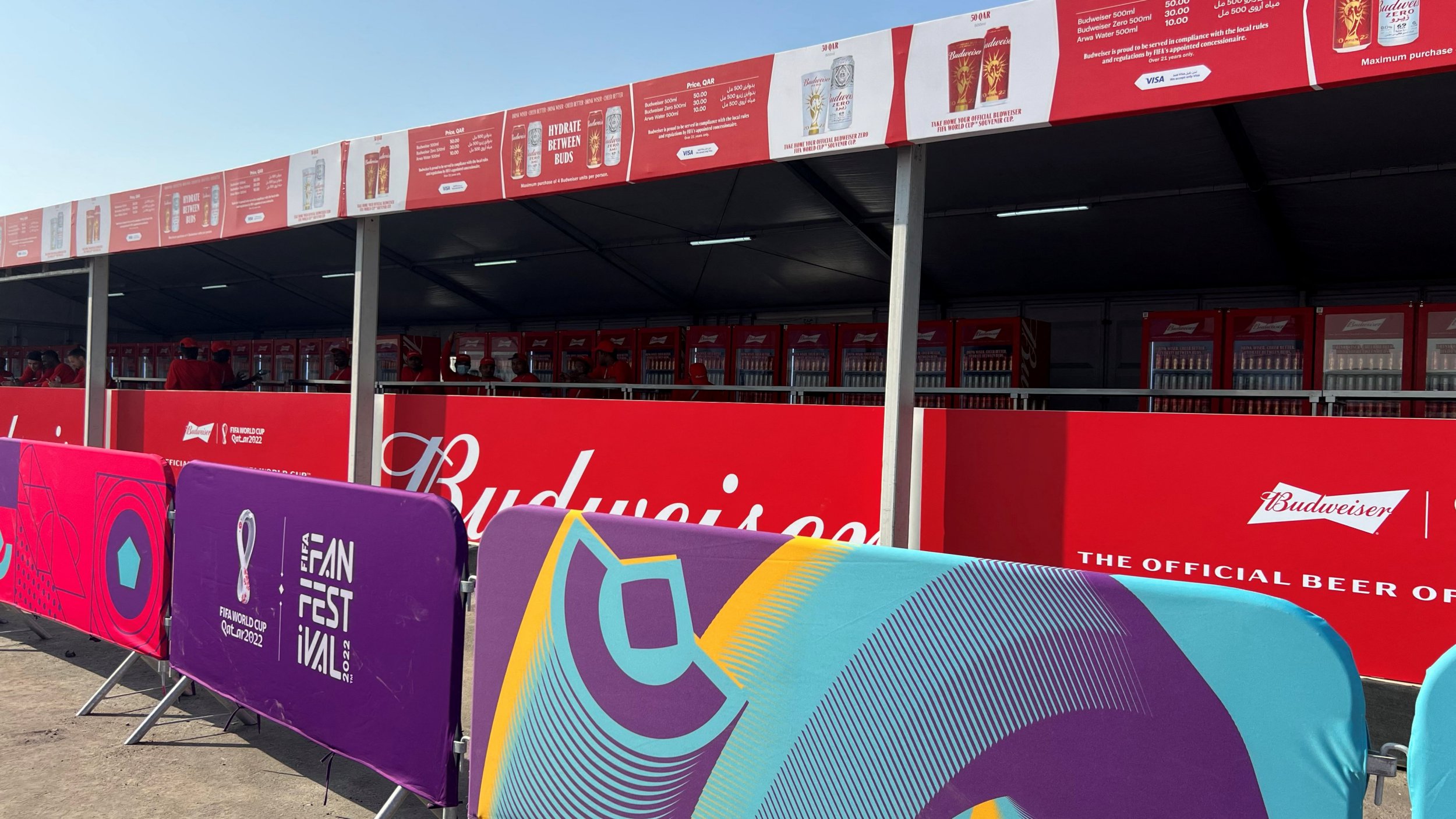 With just days to go before kick-off, the Qatari royal family is reportedly pressuring FIFA into a dramatic U-turn which would see the sale of alcohol banned at all World Cup stadiums.

Although the sale of alcohol is strictly controlled there, football fans can currently expect to be able to buy beers on stadium concourses and in fan zones at certain times, as well as within hotels.

Reports suggest they will be limited to ‘four units’, or two cans of Budweiser, per round at an eye-watering £12 each.

Budweiser is one of FIFA’s biggest sponsors but was told on Saturday to relocate stalls selling its product at stadiums to less prominent locations.

Staff in high vis vests were seen wheeling a red Budweiser tent to a different location outside a stadium on Sunday.

The Qatari royals were allegedly worried that flaunting the sale of alcohol would offend the country’s conservative Muslim population.