The hijacked bus was set alight at a busy road junction in Belfast in broad daylight. A number of tyres and bins were also set on fire after hundreds attended a protest, which turned ugly, reports Belfast Live.

Members of the public – including a journalist – were hurt.

Politicians, including Boris Johnson, have condemned the scenes and an emergency meeting of the Northern Ireland Executive will take place later today.

Mr Johnson said: “I am deeply concerned by the scenes of violence in Northern Ireland, especially attacks on PSNI who are protecting the public and businesses, attacks on a bus driver and the assault of a journalist.

“The way to resolve differences is through dialogue, not violence or criminality.”

Michelle O’Neill, Northern Ireland’s Deputy First Minister, said: “The Executive will meet to be briefed on the violence and street disorder which is causing huge distress in local communities at this time.

“Those involved in violence, criminal damage, manipulation of our young people and attacks on the police must stop.” 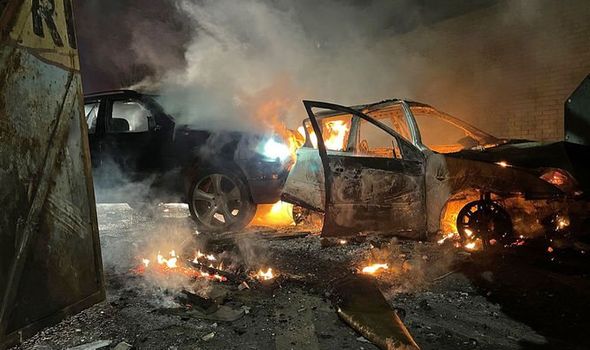 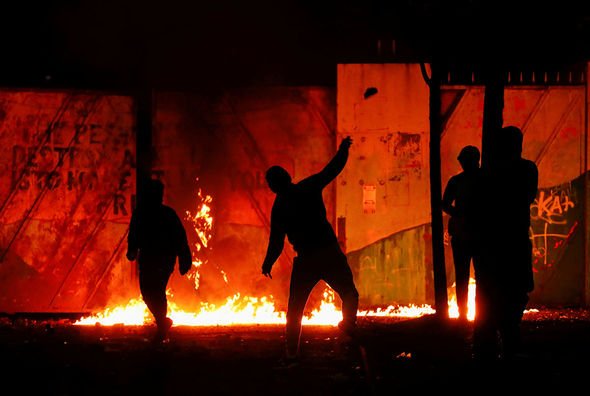 The journalist, who is a press photographer, was attacked by masked men amid the fracas.

Speaking today, he said: “I heard footsteps running behind me and just has I had turned around there was a male wearing a mask and he was already on top of me.

“At that point I was trailed to the ground, one of my cameras was pulled from my shoulder and thrown across the road.”

Photos taken last night capture the harrowing scale of the violence, with images showing fire tearing through structures and debris.

In one image, sparks are seen to flash high above gates and into the night’s sky. 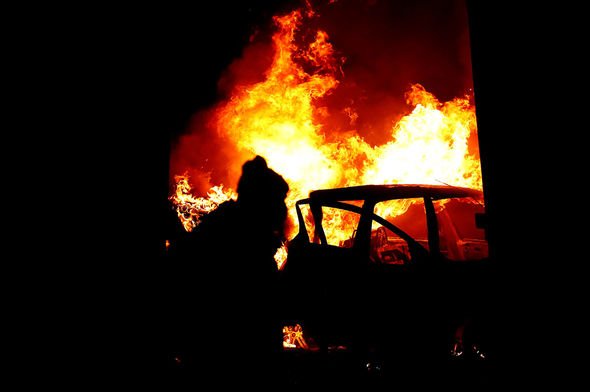 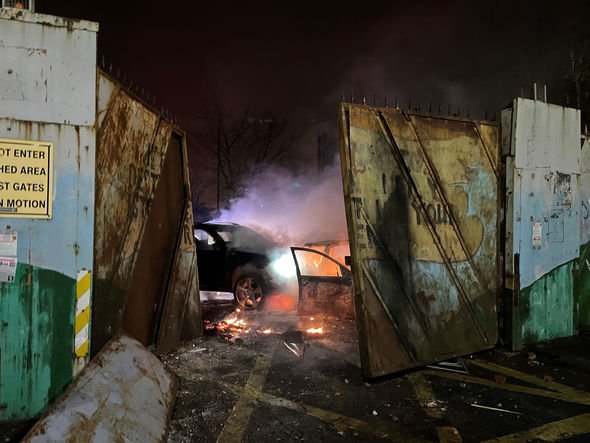 He added: “I am open to dialogue with anyone who is willing to work with me to resolve the issues facing our community.

“My message to those engaged in violence tonight is go home before someone is seriously injured, violence is not the answer.”