Martin Garside, from the Port of London Authority, told Sky News “as far as we know (the whale) is still in the Gravesend area”.

Beluga whales are usually found in cold northern waters but Mr Garside said the mammal, which has been given the name “Benny”, will have adapted to eating the local fish during its time in the Thames.

It was first spotted swimming in the water on 25 September.

Mr Garside said he had been concerned about Benny “since day one”.

“It’s not the right place for him or her. I want him to swim home. The temperature of the water is not correct and the species of fish it’s consuming is not what it’s used to.” 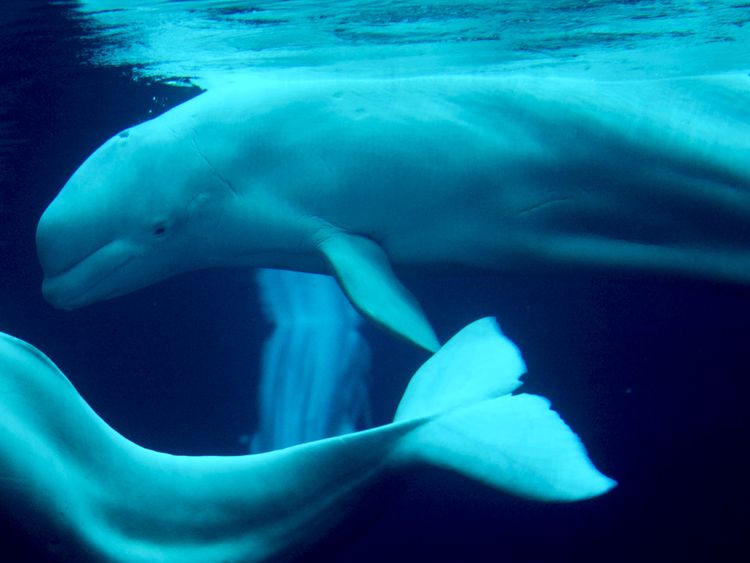 While the Thames is cleaner than it used to be, there is still a lot of sewage in the water.

“I feel uncomfortable as it’s not what nature intended – he should be swimming in the Arctic with other belugas,” Mr Garside added.

Belugas are sociable animals and usually form groups of up to 10. They are slow swimmers and opportunistic feeders.

They were widely hunted in the 19th and early 20th century and there are thought to be around 150,000 worldwide in the wild now.

:: Have you seen Benny the Beluga? Tweet us @SkyNews