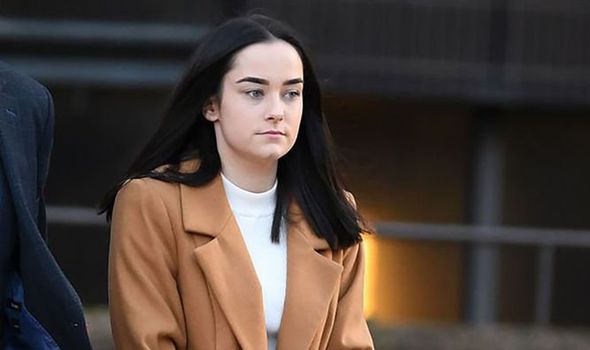 PC Darren McIntyre, 47, repeatedly hit Mark Bamber, leaving him with blood pouring from a cut to his cheek, during a welfare check on the victim’s partner. A court heard the officer had yelled “you better wind your f***ing neck in” at Mr Bamber, 52, before grabbing him for the vicious assault.

His colleagues PCs Laura Grant, 36, and Lauren Buchanan-Lloyd, 26, switched their body cameras off midway through the unprovoked attack, reports Liverpool Echo. Neither McIntyre, the female officers or PC Garrie Burke, 44, mentioned the punches when they later all gave “inaccurate” statements about the arrest.

Mr Bamber, who was arrested on suspicion of assaulting McIntyre, complained of being attacked and was later told no further action would be taken against him. However, following an investigation by the force’s Professional Standards Department, all four officers were charged over the events in Southport, Merseyside, in June 2019.

And all four defendants were found guilty at Nightingale court Liverpool Hilton Hotel yesterday after a trial. They’ll be sentenced there on May 27.

Hugh Barton, prosecuting, said the violence unfolded after Mr Bamber’s partner rang 999 saying she was feeling depressed and suicidal. After a short while, she felt better, so Mr Bamber rang 999 and said an ambulance was no longer required.

Following protocol, paramedics decided to carry out a welfare check on the woman, who the trial heard had previously been a victim of domestic violence from Mr Bamber, leading to convictions against him for assault and criminal damage. 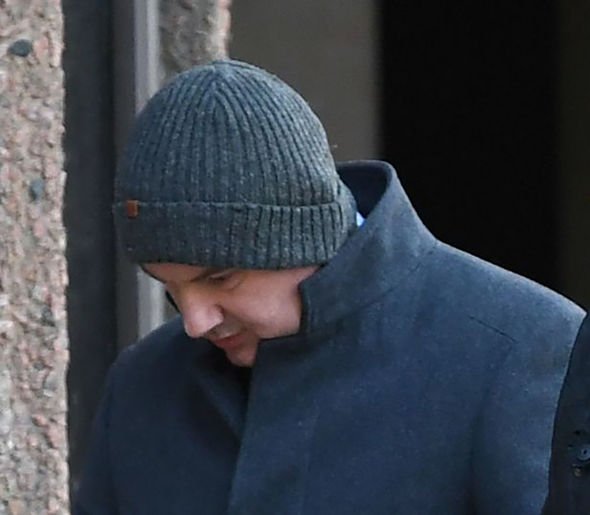 They said they requested the support of police for their safety because the couple were known to be drinkers with mental health issues and there had been a history of domestic incidents at the address.

However, McIntyre would later concede that he had no knowledge of Mr Bamber’s history of domestic violence at the time of the incident.

The four officers attended with the ambulance at around 3.30am, when Mr Bamber relayed that his partner didn’t want to see them, and initially refused to let them in.

The court heard he eventually let them in, after filming McIntyre and requesting his collar number and name, and McIntyre replying: “Can you spell it?”

The court heard McIntyre became increasingly agitated, went right up to Mr Bamber, who was “calm”, said “I’m what, I’m what? What if I’m getting on yours?” and jabbed his finger in his face.

Mr Bamber replied “you’re getting in my face now” and McIntyre said “am I?” before the officer warned: “Yeah, you better wind your f***ing neck in because you’re getting on mine and next time you obstruct me doing my job I will put you in the f***ing car and put you in a cell.” 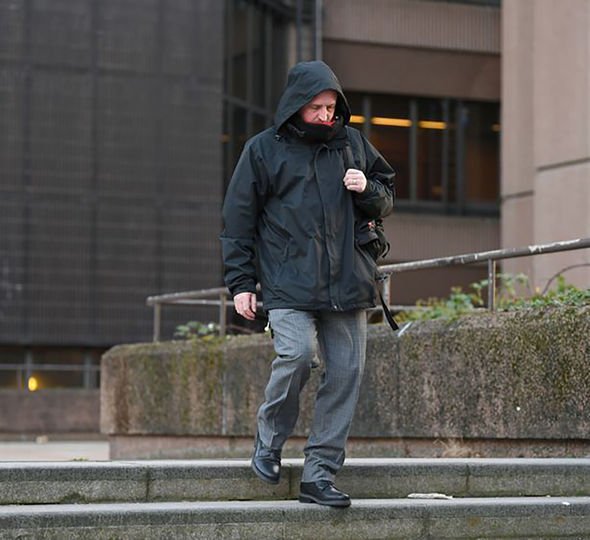 The court heard Mr Bamber replied “are you sure?” at which point McIntyre spun him around and started punching him.

Mr Barton said PC Grant had tried to calm her colleague down and none of the bodycam footage showed Mr Bamber using or threatening any violence.

However, the trial heard his partner started filming and she was arrested for obstructing an officer.

The jury was told McIntyre, Grant and Buchanan-Lloyd all switched their cameras on at the start of the incident, which they were trained to keep on, as it is key evidence.

However, Grant and Buchanan-Lloyd both turned off their cameras when things became violent, which Mr Barton said was a deliberate attempt to prevent independent evidence being recorded.

The court heard Grant hesitated then turned away from the violence to turn off her camera and Buchanan-Lloyd did the same.

After being taken to the floor, and continuing to complain that he hadn’t done anything wrong, the victim was arrested, before Grant called the police station and said Mr Bamber had “kicked off”.

Buchanan-Lloyd later said in an interview that she and Grant discussed turning their cameras off and whether they would say their batteries died, but decided this would be too suspicious.

The officers escorted Mr Bamber to hospital, where they remained with him during his treatment, before he was taken to a police station for questioning. 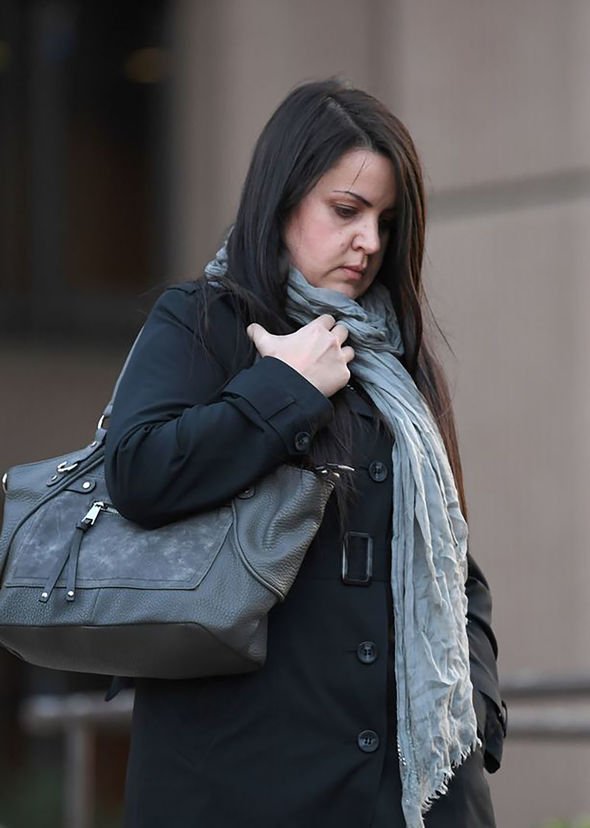 At that stage only McIntyre uploaded his bodycam and gave a statement, but didn’t mention his aggression or punches.

Prosecutors said his bodycam didn’t show his punches, because he was standing so close to the victim, but Grant’s camera recorded it in full.

McIntyre falsely asserted that Mr Bamber moved his head towards him and claimed that after being cautioned, Mr Bamber had nothing to say.

In fact, the footage captured Mr Bamber repeatedly saying “I haven’t touched you”, “you punched me” and “I haven’t done anything”.

After Mr Bamber was released under investigation, the three other officers were required to give statements and the two female officers uploaded their footage.

The trial heard how the officers, including McIntyre – despite the fact he had already written his statement – spent around two and a half hours in a room at a police station.

During this time Burke was said to have watched and re-watched the footage, before they all provided “inaccurate” accounts.

Mr Barton told the jury they lied and tried to shift blame onto Mr Bamber, with Grant and Buchanan-Lloyd describing his behaviour as “argumentative” and “confrontational” .

Grant claimed Mr Bamber had singled out McIntyre, which was at odds with her footage, which showed McIntyre punching him, and her trying to calm McIntyre down.

Mr Barton said none of the officers made reference to the existence of bodycam footage in their statements – a clear breach of procedure – which even if they hadn’t seen the attack, defied “common sense” as it was the best evidence available.

When the officers were interviewed, Buchanan-Lloyd accepted she thought McIntyre was being “unprofessional” and said she actually wasn’t sure about Mr Bamber leaning in towards McIntyre, as she said in her statement.

She then said Grant had told her not to mention the footage and that she felt “pressured” about what to write in her statement.

Grant and Burke made no comment, save for Grant claiming she meant to turn her camera on, not off.

McIntyre was last to be interviewed and maintained that he thought Mr Bamber was going to headbutt him.

He said he hadn’t viewed the footage when he wrote his statement and repeated he had used “reasonable force”.

During the trial he said it had been his honest belief Mr Bamber was moving his head towards him in an aggressive way and his actions were part of a lawful arrest.

He suggested they were also in self-defence, claiming that during a struggle he was elbowed by Mr Bamber.

Prosecutors said any such movement from the victim was involuntary, when he was being handcuffed with his hands behind his back.

Lawyers for Burke, Grant and Buchanan-Lloyd all insisted their accounts were a substantially accurate representation of what happened.

The jury rejected the officers’ accounts after around six and a half hours of deliberation.

Speaking after the case, a Merseyside Police spokeswoman said: “PCs McIntyre, Burke and Grant are all currently suspended. Constable Buchanan-Lloyd is on restricted duties.

“All four constables will now face internal misconduct proceedings for breaches of the standards of professional behaviour connected to a criminal conviction, which could lead to their dismissal from the force and them being placed on the national Barred List preventing them from being re-employed in policing in future.”