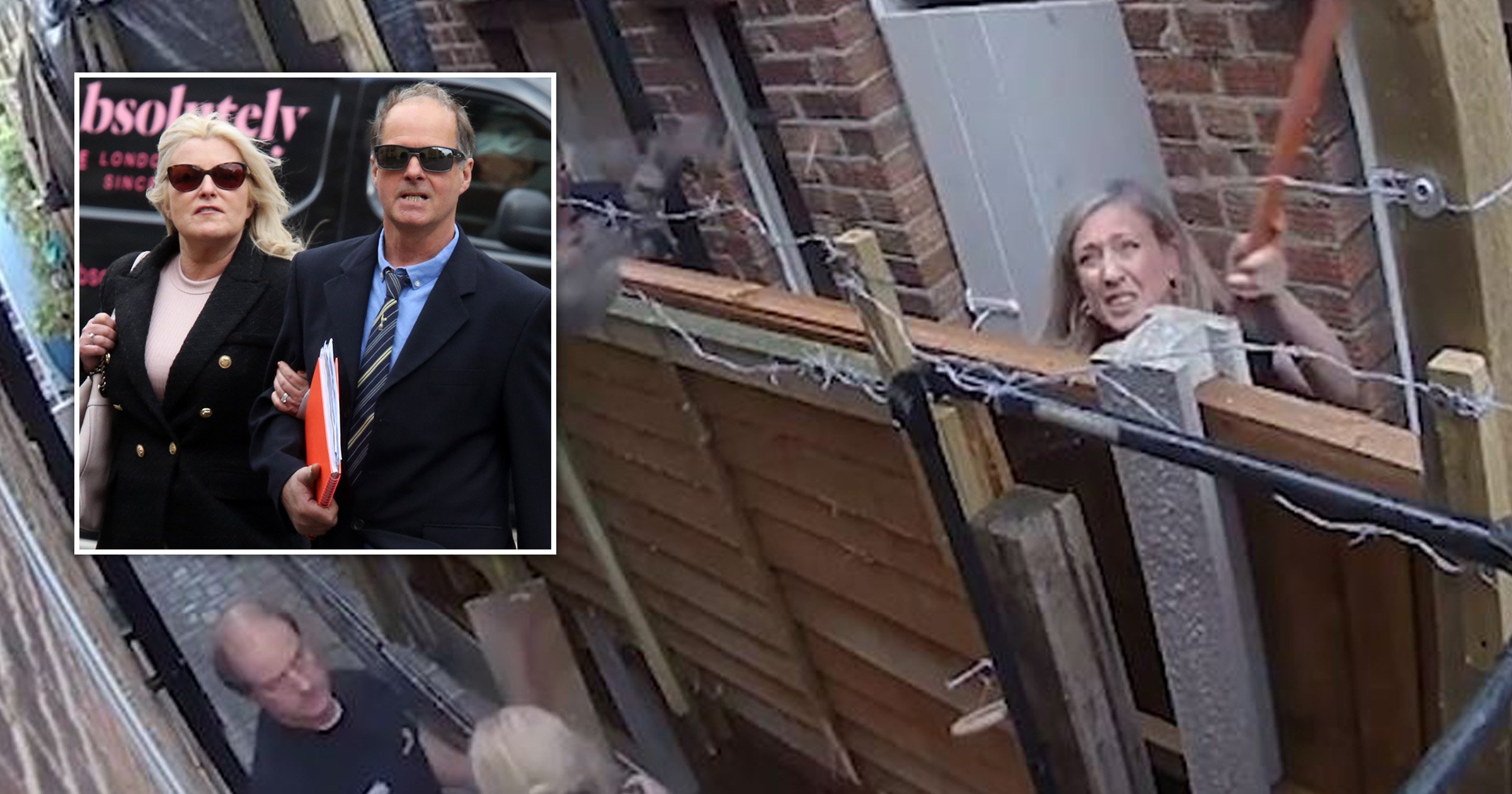 A woman accused of waging a hate campaign against the couple next door has been granted a new trial.

Footage captured on cameras belonging to Mr Dempsey, 62, and his former partner Sandra Durdin, 58, appear to show Shreeves spitting at them and laughing last June.

It is also said to show Shreeves, daughter of ex-Spurs manager Peter Shreeves, shaking the fence between the properties goading: ‘You’re a dirty c**t, you are. A f**king dirty c**t. You know what happens to dirty c**ts?’

She was convicted of assault, criminal damage, and threatening behaviour against the couple by a judge in her absence at Stratford Magistrates’ Court back in May.

But Shreeves applied to reopen the case a month later having always insisted the CCTV clip of her spitting and swearing had been doctored by her neighbours.

Following a hearing at the same court on Tuesday, a judge accepted she was too ill to attend the original trial and pencilled in a fresh one for November 30.

Mr Dempsey had claimed Shreeves was like a ‘person possessed’ when she started hurling huge rocks over his fence on October 24, 2020.

He told the court: ‘There was a big crunch – she went berserk.’

CCTV footage allegedly showed Shreeves pacing up and down her garden with a large broom, poking it over the fence.

Ms Durdin said she and her husband had been ‘good friends’ with Peter Shreeves, who owned the property.

Security footage also appeared to capture the moment Shreeves spat at Ms Durdin’s son Mitchell Durdin as they passed in the alley between the two houses.

Shreeves denies assault, criminal damage and two counts of threatening behaviour with intent and has been bailed ahead of the retrial.

Mr Dempster and Ms Durdin have since moved to Ramsgate in Kent.