If it’s Christmas presents you’re after, these UK retailers and manufacturers have gifts to tempt all tastes. And you’ll have the warm glow that comes from knowing you’re helping to give the British economy a makeover while you’re shopping? And maybe picking up a bargain with some exclusive discounts. Celtic & Co It has been 30 years since husband and wife Nick and Kath Whitworth took over a tiny boot-making business in Newquay, Cornwall, and grew it into the globally-renowned luxurious knitwear brand it is today.

Celtic & Co produces timeless slouchy jumpers and easy comfortable dresses. Everything is made from the finest natural fibres along with handmade sheepskin boots, slippers and accessories. It won the coveted Queen’s Award for Enterprise in the International Trade category in 2018 and 2020.

Kath says: “We use the skins from British sheep for our sheepskin footwear that would otherwise be considered waste and entail a cost for farmers.”

Blackshore Coastal Clothing Simon Middleton, Blackshore’s co-founder and managing director, takes pride in knowing his collection of practical, casual clothing is crafted by hand in Southwold, Suffolk, just half a mile from the harbour where the brand originated and from which it takes its name.

“Supporting British-made goods is a vital part of getting our economy back on a strong footing,” he says. “The UK garment manufacturing was off-shored to the point of destruction over the last 30 years and more. It has slowly begun to fight back. I hope the pandemic will act as a reset.” 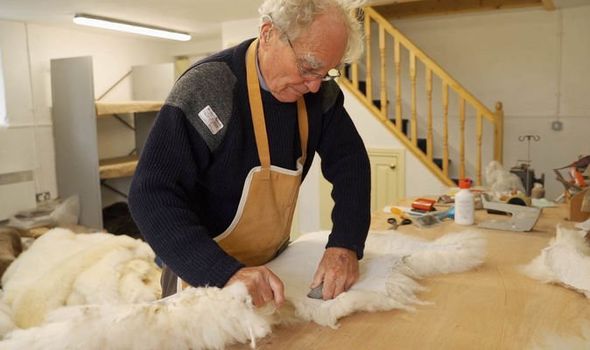 Today, John Smedley employs 350 staff in its two factories in Derbyshire and Yorkshire.

Managing Director Ian Maclean, the eighth generation of John Smedley family workers, says: “Generations of local people have worked for John Smedley and we are a key employer in our region.

“In 2013 we were granted a Royal Warrant by Her Majesty the Queen which proves our quality is second to none.”

Ladies and men’s knitwear can be found online, at three London retail stores or at 150 independent retail outlets across the UK.

Some 95 per cent of its products are knitted, sewn, steamed, washed and pressed in its Leicestershire factories, keeping prices fair for customers.

Company director Bhavik Master says: “Making a conscious effort to buy our Made in England collections allows customers to reduce their shopping carbon footprint and rest easy in the knowledge that their purchase will assist in keeping local manufacturers in business.”

Inspiration struck its founder Kate Holbrook in December 2009 after she created wrist warmers doubling up as fingerless gloves and her vision for recycled, ethically-produced goods remains as strong today.

“British manufacturing is known across the globe for its high quality and creativity,” she says. “It also massively reduces your carbon footprint. If you buy handmade products… so much the better.” 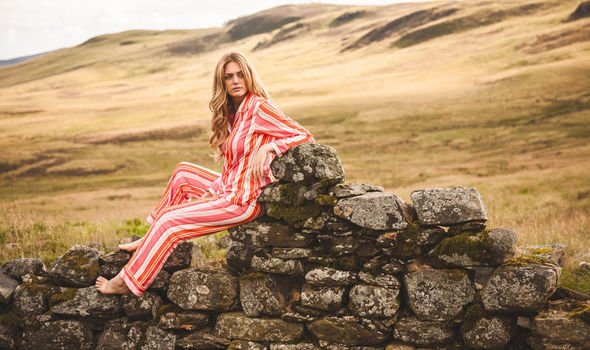 Her best-selling line is Turtle Doves’ fingerless gloves followed by her neck warmers, available in a range of colours.

But there are also pretty, feminine skirts, original sweatshirts and smart blouses which will be perfect for a return to the office next year.

“I create many of my own prints, which are digitally printed on to the fabrics by a

Her timeless creations are designed in Liverpool and made in the UK, with fabrics sourced in Lancashire.

She adds: “The British countryside forms a lot of my inspiration for prints – snapshots taken on a country walk often become a print for a dress.” 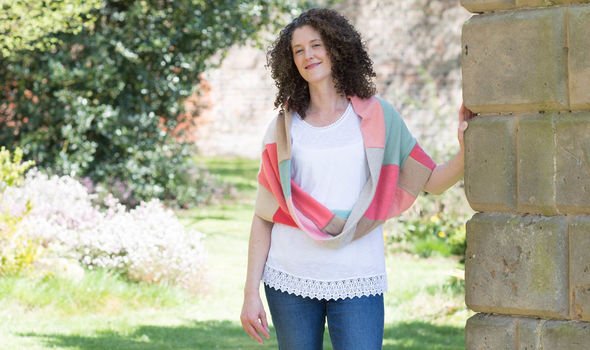 Luxury nightwear brand PJ Pan specialises in fabulous cotton and silk nightwear for adults and children. It was launched in 2008 when its founder Pandora Stormonth Darling went on the hunt for a pair of new pyjamas in London but returned empty-handed.

The majority of manufacturing is done in at a small, family-run factory in Wales and PJ Pan’s headquarters sit in a remote glen in the Scottish Highlands.

As the business has grown, so has its collection, now incorporating ankle-length cotton dressing gowns and soft alpaca bed-socks knitted in south west England.

Pandora says: “Manufacturing in Britain makes it easier to build a strong relationship with the team who make our products but, more importantly, it feels good and the right thing to do.”

Peregrine has manufactured its quality knitwear, coats and jackets in the UK since 1796, originally under the name of J G Glover and Co.

Production currently operates out of Manchester and the family business is now run by its managing director Tom Glover. 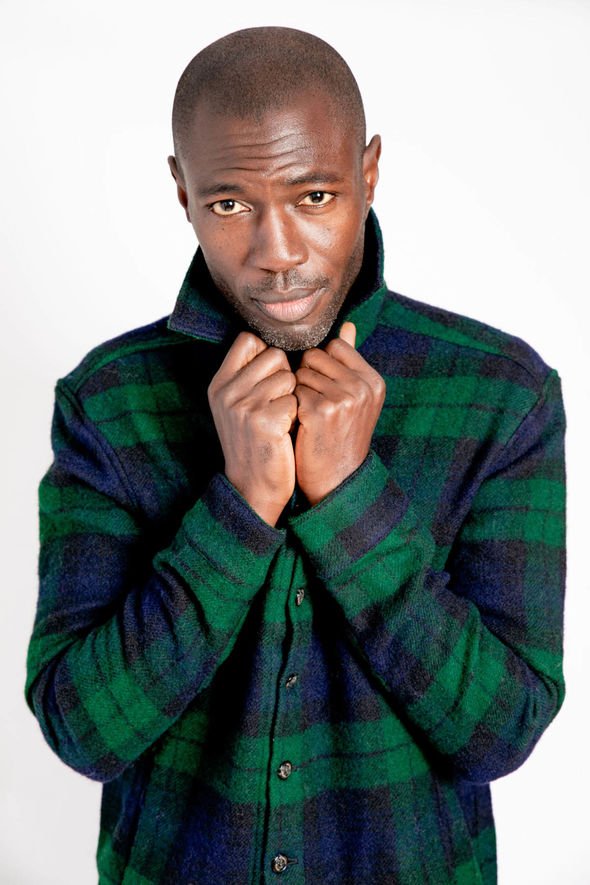 “I am the eighth generation of Glover,” he says. “Every step from the very first design to the final stitch has, and will always be executed here in the UK.

“Controlling everything about garment production from start to finish, we believe every product should be fully traceable and have a great story behind it.”

When Bury-born Jane Hallam began experiencing menopausal night sweats aged 48, her solution was to create a range of high-performance nightwear using breathable fabric sourced from Italy to alleviate her symptoms.

Leaving behind her job as a senior manager in higher education, she founded Esteem – No Pause in Manchester.

Jane says: “As a one woman enterprise manufacturing in the UK, I can meet in person with pattern cutters and manufacturers tur pa at each stage of the process. This can happen at short notice so I can make decisions on amendments on the spot. It reduces the carbon footprint and keeps alive the long established history of British manufacturing.” 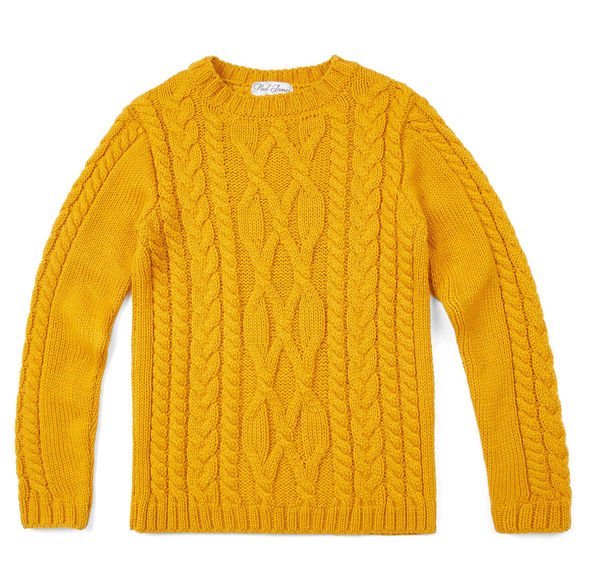 When the Sexton family want to source the raw materials for their quality fashion products, they only have to look out of the window. Because the wool that goes to make their gorgeous jumpers, jackets, hats, scarves and gloves is walking around just a few feet away on the beautiful Yorkshire Dales.

Established in 1987, Glencroft is a small, second-generation family business, run from the village of Clapham, by Edward Sexton and his father Richard, who is now 77 but still works in the business he founded.

“We use 100 per cent British wool – one of very few places that do – from sheep living in the fields around us,” says Edward, 38.

“The wool is shorn, treated, spun and knitted all in the UK. Every jumper purchased helps the local economy and keeps people in jobs right on your doorstep. We often hear from customers who’ve had our jumpers or tweed flat caps for over 20 years.”

They also give valued custom to a factory in Manchester. 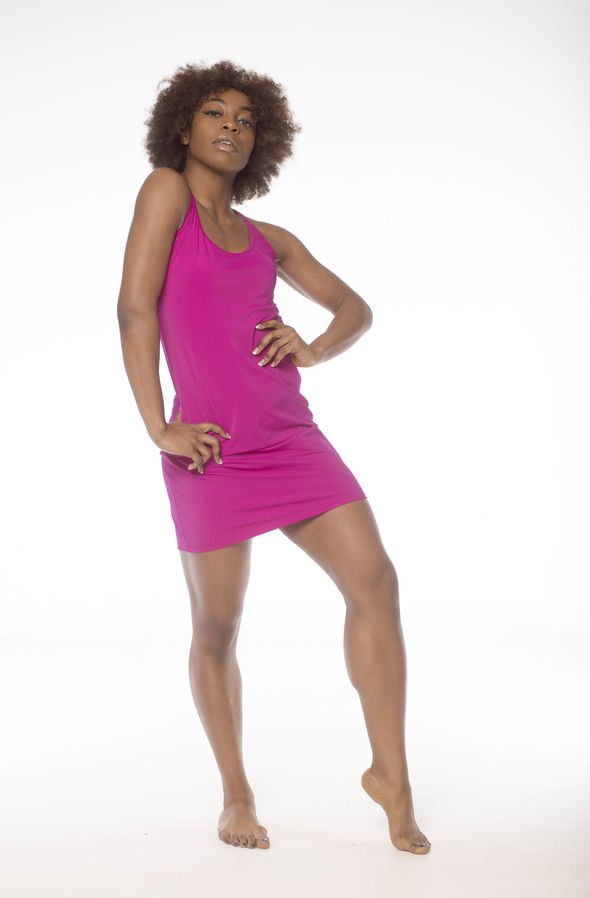 For a year the company originally traded under the name Select Products, until Edward’s mother, a nurse, pointed out that maybe that was a little bit snobby for a supplier of down-to-earth casual and country wear. And so Glencroft was born – Glen for the family’s Scottish heritage and Dales for the place they had made their home.

“He’s a real character who built it all up,” says Edward. “His expertise is in sales.

“Pre-Covid, he visited the smaller shops we supply and sold them our latest designs. Mum’s trying to convince him to slow down a bit.”

With business gradually returning to normal after a shaky few months, Edward hopes people will consider one of Glencroft’s chunky jumpers for the winter months.

“If everyone demands wool clothing then more people will make it,” he says.