A new technique is allowing people who suffer from an inherited hidden killer condition to get an early diagnosis.

More than 250,000 people in the UK suffer from familial hypercholesterolemia (FH), putting them at risk of a heart attack from a young age.

It is particularly dangerous as 93% of people with it do not know they have it.

The genetic condition, caused by a faulty gene, results in abnormally high levels of bad cholesterol in the bloodstream from birth.

The British Heart Foundation (BHF) has linked up with the NHS to carry out genetic testing to identify people with FH.

So far, the tests have identified 3,000 people with the condition.

If everyone at risk was tested, BHF estimates the tests could prevent almost 400 deaths and more than 3,000 heart attacks a year. 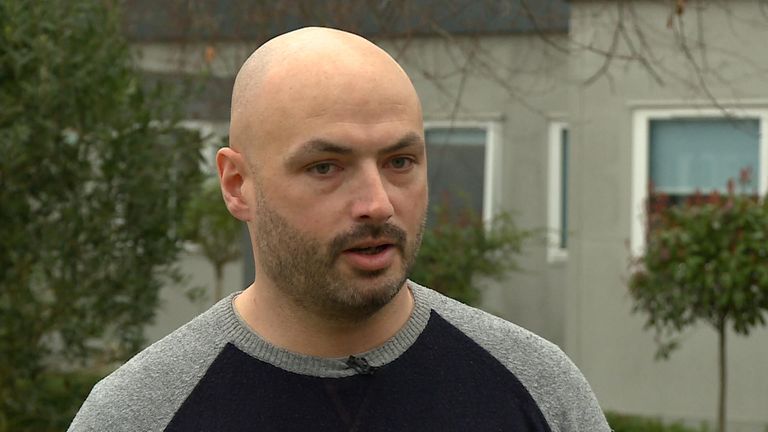 At the age of just 31, Alan Leaning had a heart attack at his nephew’s birthday party.

At the time he was unaware he inherited FH.

He told Sky News: “It didn’t hit home until afterwards, I was in the hospital bed afterwards I was like wow I’ve had a heart attack.

“It isn’t until you speak to people and you say I had a heart attack and they can’t believe it and it hits home how serious it was.

“The heart attack I had, apparently 1 in 3 people can die with the artery that was blocked so it was an eye opener.”

High cholesterol can result in a gradual build-up of fatty material in your coronary arteries, potentially leading to a fatal heart attack or stroke.

While FH is an inherited disease, it does not mean that every family member will be born with FH, which is why gene testing can identify those most at risk.

Mr Leaning’s grandfather died of a heart attack in his 50s and his family record shows his mum and brother have had issues with high cholesterol.

Now, after positive tests, two of his three children have also been diagnosed with FH.

He said he was shocked, but also relieved when he found out they had the condition.

He said: “For me I’ve had the heart attack, I’m going to get monitored so I understand for me. But, the best thing that’s come out of it, now my kids get treated. It’s a good feeling knowing they shouldn’t have to go through what I’ve gone through.”

Mr Leaning’s youngest daughter Darcy is too young to be tested, but the chance his third child could also suffer from FH is very high.

Jane Breen, the lead nurse for FH at Harefield who has monitored Mr Leaning since his heart attack, says the signs are difficult to spot.

“Most people that have high cholesterol are unaware… I think the trigger would be If you have a relative under the age of 60 that has had a heart attack or a stroke or needed intervention for coronary artery disease. Then you’d need to have your cholesterol check, irrespective of your age.

“It’s not about the person that’s already treated. It’s about the people that do not know they have this, because, if we can get the treatment early enough and introduce it, the benefits are excellent.”