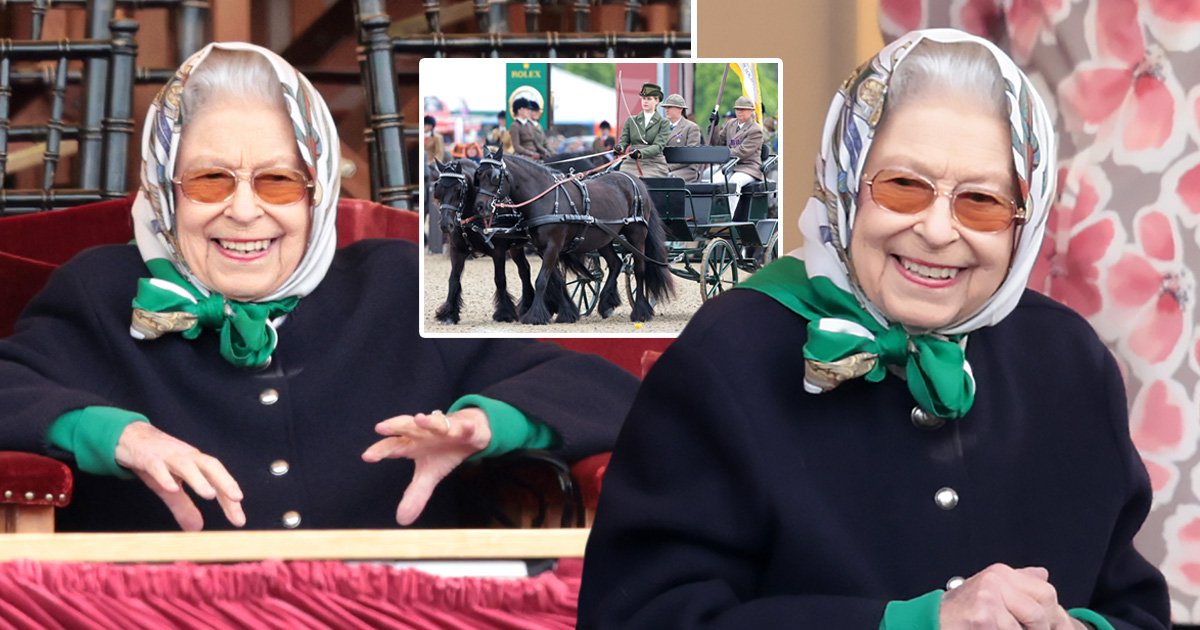 Big screens will be set up in Britain’s capital cities so that people can watch the Queen’s Platinum Jubilee celebrations.

Screens broadcasting the events will be placed in The Mall in London, Princes Street Gardens in Edinburgh and in Bute Park in Cardiff over the bank holiday weekend.

Events taking places to celebrate the Queen’s 70-year reign include Trooping the Colour, a service of thanksgiving, a concert and a pageant.

A six-minute flypast of more than 70 aircraft will also complete the Queen’s birthday parade as part of the Platinum Jubilee celebrations.

The screens have been organised by the Department for Digital, Culture, Media and Sport (DCMS).

The department has launched an activity pack for children to help them learn about the Queen’s reign, including articles about how the country has changed in the last seven decades.

More than 70,000 big Jubilee lunches are planned in the four UK nations over the weekend, with an expected 10 million people set to sit down with their neighbours on June 5, DCMS said.

In London, screens broadcasting the BBC’s live feed will be placed down The Mall and in St James’s Park.

In Edinburgh, screens will be placed in Princes Street Gardens with thousands able to host picnics and watch the celebrations with a backdrop of Edinburgh Castle and entertainment provided by the Royal Marines and local performers.

Bute Park, a Grade-I listed park in the heart of Cardiff’s city centre, is the venue for an afternoon of Jubilee celebrations with families invited to enjoy the Jubilee pageant on a large screen along with entertainment from the bandstand.

In Northern Ireland, primary school children can enter a design competition to create a ‘snapshot’ of the nation, with the winning entry to be manufactured into a rug by Ulster Carpets and sent to the Queen.

Events taking place in London will be broadcast on BBC, Sky and ITV.

The DCMS said the BBC is offering local communities a special one-off TV licence dispensation so they can screen it on a big screen they organise themselves.

The plans will allow those celebrating in town halls, community centres and streets to show live programmes throughout the weekend without needing to purchase a licence.

Culture Secretary Nadine Dorries said: ‘In less than a month we will come together as a nation and Commonwealth to mark Her Majesty The Queen’s 70-year reign.

‘No other British monarch has reached this milestone and we will celebrate it with tradition, pomp and circumstance.

‘I hope that people and communities across the country will come together to pay tribute to Her Majesty – whether that be to watch on big screens or toasting Her Majesty at a Big Jubilee Lunch with their neighbours or coming together in their local village hall.’

It comes after the Queen was pictured beaming as she made her first public appearance since attending a memorial service for her late husband Prince Philip.

The 96-year-old monarch paid a surprise visit to the Royal Windsor Horse Show yesterday, just days after missing the State Opening of Parliament.

The Queen has been keeping a low profile amid ongoing health problems.

But she looked relaxed and happy yesterday as she watched her granddaughter, Lady Louise Windsor, lead the Fell Pony Society centenary parade in Philip’s carriage.