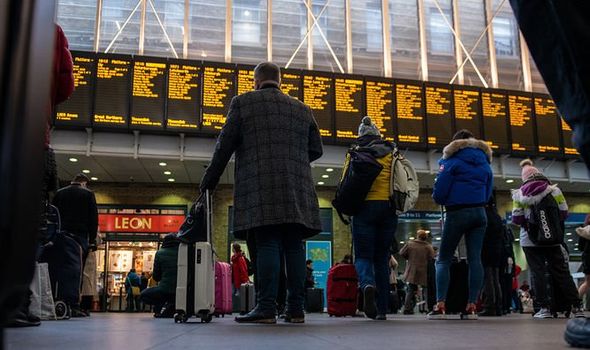 The last hike saw ticket prices in England and Wales climb by an average of around 2.6 percent in March, representing RPI for July 2020 plus one percentage point.

A repeat of the RPI plus one percent policy in England and Wales would mean fares go up by an average of 4.8 percent next year – the largest rise since 2012.

This would pile financial pain on commuters buying annual season tickets, with leaps such as:

The wallet-busting ticket prices would mirror public transport fares in London – also due to balloon by 4.8 percent in January.

That hike was agreed under the terms of the UK Government’s bailout of Transport for London – which operates all services including buses and the Tube.

Analysis by Labour suggests that national rail fares next year may soar to 50 percent above those in 2010.

Shadow transport secretary Jim McMahon said: “This would be yet another eye-watering hike hot on the heels of the failure of the Government’s so-called money-saving Flexi ticket scheme.”

Paul Tuohy, chief executive of pressure group Campaign for Better Transport, said: “The Government should be doing everything it can to encourage people to choose low-carbon public transport by making it the cheapest option, not hiking fares.”

Emma Gibson, of watchdog London TravelWatch, said: “Many Londoners have already suffered financially during the pandemic – a 4.8 percent increase is the last thing they want.”

The Department for Transport said: “No decision has been made.”