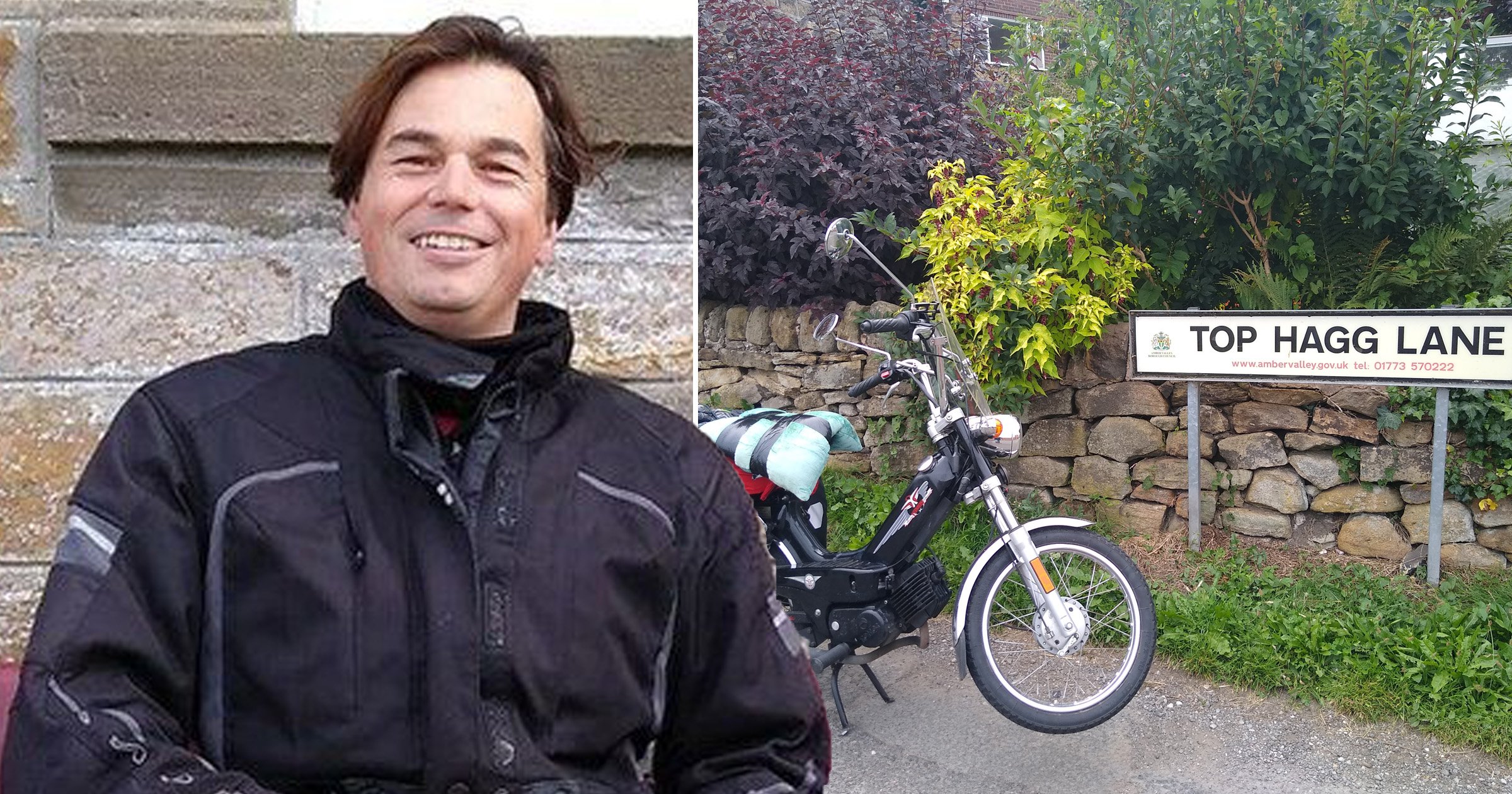 A biker who set out to visit places with rude names has raised thousands for charity.

He recently reached the most northerly point of his tour: Twatt, in Orkney.

Though entertaining enough on the ear, the trip has sentimental meaning as it’s in honour of his friend, Alexis Leventis, who died from cancer at the age of 55 last year.

The money raised – nearly £20,000 at the time of publishing – will go to the Institute of Cancer Research in his name.

Speaking to the BBC, Paul said he wanted to do something ‘to help beat this awful disease’.

He explained: ‘I thought this trip was a suitably ridiculous place to start and, as Alexis was a motorcyclist as well as a car nut, two wheels was not only appropriate but made it more of an adventure.

‘Everyone starts a long journey like that from Lands End to John O’Groats – I wanted to do something similar, with a bit of twist.’

Paul is making his rude place name voyage using his Slovenian Tomos XL45 Classic, which has a top speed of 28mph.

He has complained about the comfort of the journey, so strapped a cushion on to the saddle of the bike which he claimed ‘doubled the comfort’ from ‘medieval torture device to just like sitting on rusty razor blades’.

The journey has seen him pass through Booze in the Yorkshire Dales, Brawl in the Highlands and Crazies Hill and Cockpole Green in Berkshire.

Post Twatt, Paul will start the journey back home by visiting Dull in Perth and Kinross – paired with Boring in Oregon, USA – and Cockermouth in Cumbria.

He was also interested in visiting Pity Me in Durham, as well as Happy Bottom Nature Reserve in Wimborne and Sandy Balls New Forest Holiday Park.

Paul recalled how he told his late friend Alexis of his plan before he died: ‘I talked about my plans for this trip with him and he thought it was funny and a bit mad, I think he would be surprised I was actually daft enough to go through with it!’