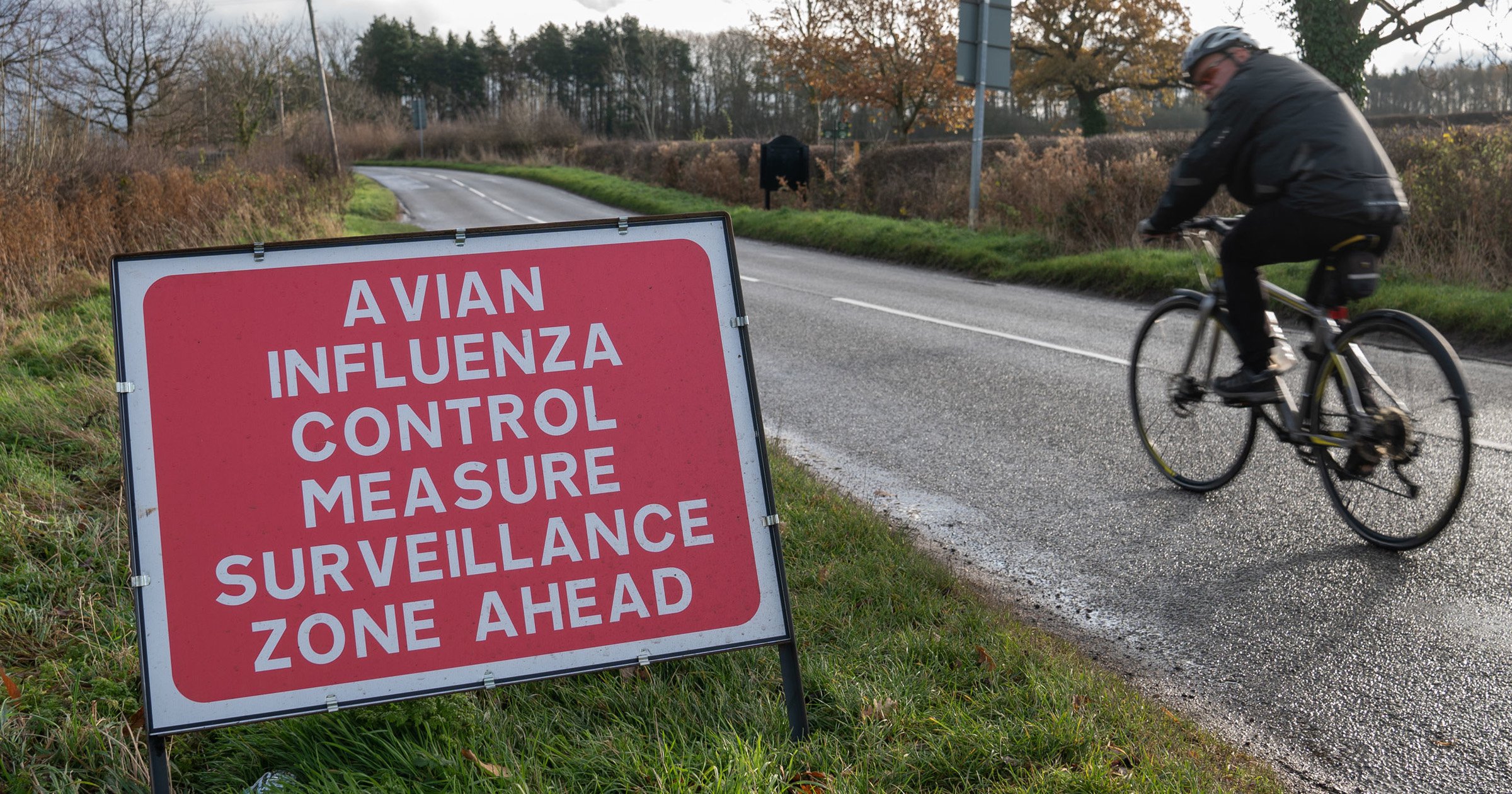 A national bird flu ‘prevention zone’ has been declared across Great Britain amid the biggest outbreak on record.

As of midday, bird keepers must follow strict measures to protect flocks from the disease, including keeping free range birds in fenced areas and stringent biosecurity for farmers.

Some 190 cases have been confirmed across the country since October 2021 – 30 of which have come this month.

Farmers have culled at least three million birds due to the spread of the disease, which has taken a heavy toll on endangered wild birds.

In the badly hit East of England, mandatory housing measures for all poultry and captive birds are in force in Norfolk, Suffolk and parts of Essex.

The disease has also ripped through seabird breeding colonies, killing thousands and affecting threatened species from puffins to hen harriers.

In a joint statement, the chief veterinary officers for England, Scotland and Wales said: ‘Bird keepers have faced the largest ever outbreak of avian flu this year and with winter brings an even more increased risk to flocks as migratory birds return to the United Kingdom.

‘Scrupulous biosecurity and hygiene measures is the best form of defence, which is why we have declared an avian influenza prevention zone (AIPZ) across Great Britain, meaning that all bird keepers must take action to help prevent the disease spreading to more poultry and other domestic birds.

‘The introduction of an AIPZ means regardless of whether you keep a few birds or thousands, you are legally required to meet enhanced biosecurity requirements to protect your birds from this highly infectious disease.’

This current outbreak has wreaked havoc across the world, but has been linked back to east Asian poultry farms.

In the US, around 37 million chickens have been culled so far.

Under the new prevention zone rules, producers with more than 500 birds must restrict access for non-essential people to their sites.

Staff must also change their clothing and footwear before entering enclosures and vehicles will need regular cleaning and disinfecting.

Backyard owners of smaller numbers of chickens, ducks and geese have also been told to limit the risk of the disease spreading to their flocks.

This does not include a nationwide requirement to keep birds inside, but officials said it was being kept under constant review.

Experts said the risk to public health from bird flu was very low and properly cooked poultry and eggs are safe to eat.